Comrade Ben Uche Ndee, is the National Secretary, National Council of Managing Director of Licensed Custom Agents (NCMDLCA). In this concluding part of this interview with him, he bares his mind on the challenges facing his organization and the entire shipping and freight forwarding sector, in the light of recent government decision on auto policy, he also talks about the transaction fee and identifies greed as the factor preventing its implementation. He advocates for a benchmark on duty charges in the entire shipping community in the West African sub-region, and highlights what needs to be done to be a successful freight forwarder. He said he has spent 34 years in the industry not the CGC of Customs as erroneously noted in the first part of the interview.

How do you handle situations where an importer after paying for all the charges for his consignments is told that it is not enough and that he should pay more?

Honestly, like in the past when you charge and whatever you charged executed the job but these days, it is very difficult for one to charge because of government policy summersault. I sympathise with our members that is why you see many of them dropping dead of high Blood Pressure. The present scenario, the National Automotive Councils (NAC) Auto-policy somersault, some importers have their consignments with vehicles in the port and there is every likelihood that the agent must have put up his charge based on what was prevailing earlier only for this policy to be moved forward unexpectedly and by the time he gets back to the importer to say please there are variations based on this policy, that one will tell him, I don’t know what you are talking about, I want my consignments. In most cases, we have seen scenarios where importer and agent engage in physical combat in the port. Let me give you my own most recent precarious situation.

At my age and position in the industry, you won’t believe it. Somebody gave me six containers to clear and he never told me he hadn’t money to clear the consignments laden with fairly used cars and things like that, he gave me money for one of the containers, I initiated the clearing process, midway he told me he hadn’t got the money to clear the remaining five, that he had a business transaction in Cote D’Ivoire that he is going to get money from, meanwhile I should return four containers that he will look for another agent who has the financial muscle to help him clear them. I gladly gave him because I have always been an advocate that you should not take a job and use your money to clear it, you never imported anything. But out of the overzealousness of our agents particularly the ones from the east, they want to be seen to be doing something, they will always tell the importer that they will use their money to clear it. A consignment you hardly know the contents, a consignment you weren’t there when it was shipped, a consignment you don’t even know whether it is ammunition, drugs or what have you, and when you preached against that , they will say that you don’t have the capital, the financial muscle to clear goods. The man collected the containers and gave it to a younger colleague to clear, the day he came to collect the documents, and he saw me and exclaimed Oga! I said yes, and told him to go ahead and clear the consignments for him. The importer said that I should still retain one, that since he is travelling to Cote D’Ivoire , he is going to send me money to clear that one and even the one million Naira I stood as a guarantor for him to borrow from somebody for that trip that he was going to send the money to clear the good and the N1m. As I am speaking to you, this incident happened in March last year, I spent my own #550,000 something I have not done before to initiate the clearing process, so that by the time, he sends the money to clear and deliver the goods while he is there. You won’t believe it, he came back crying that he was duped of #35m in Cote D’Ivoire, yet he managed to return the #1m he borrowed with #200,000 interest but he couldn’t give me my own money and the One Million, Two Hundred Thousand Naira to clear his container out of which I have Five Hundred and Thirty Thousand of my money. About two weeks ago he called me; he has been calling me asking about whom else can help him. I gave him a copy of the documents to re-assure him that the duty has been long paid. He called me again that he has got somebody; I honoured it just to get my money back that was about the seventh time. He said that after waiting for a long time, that I should have tried to bring it out, keep it or sell it to recover my money or still would have auctioned. I now told him that after twenty eight days, every consignment that is not cleared is liable to be seized or gazetted based on extant rules, that’s what the law says.

Twenty eight days dwell time in the port, five days grace period, consignments that are not cleared are gazetted and auctioned, it no longer belongs to you. But to give him the benefit of doubt, I asked him to go back to my boy in the port to take him to Tin can port to find out if the container is still there, they went and find out that the container has been transferred to Ikorodu, but on getting to Ikorodu, the container has been auctioned. He said that he discovered where the other four containers containing cars were put up for sale in a car shop. He arrested the owner of the car shop, and from there traced the agent on who auctioned it. So when I heard this, I figured out that he may have got that one I was clearing from who it was auctioned to. I confronted him and told him and said we were going to Federal SARS since he had earlier told my boy that he will deal with me with federal SARS. And like they say, the rest is history; I am waiting for him and his federal SARS. I lost 530,000, but knowing what he was going through, I assisted him and even went out of my way to seek for loan to help him which never materialized because he lacked collateral to support it. So these are precarious situations agents find themselves, at times out of exuberance to be seen to be doing something or share idiocy. Honestly, because you have no business with it, you didn’t import something. Look at the former President of ANLCA, Alhaji Inuwa muhammed languishing in the prison for many years over the NDLEA drug scandal. The man was punished for an offence he did not commit, the container was examined and drugs were discovered inside it, so he suffered unjustly but at the end of the day, he came out of it.

My advice to agents is this: you did not import anything, so never use your money to clear them. Therefore, importers should come to you, pay you consultancy fee to teach the rudiments of importation and trade facilitations. If he wants you to do a job for him, he pays you for your services and it ends there, but for him to undertake clearing process and at the end of which you get your fingers burnt is not the best for you and it is happening even as we speak.

Let’s look at the issue of valuation; we understand that there is no known model for evaluating consignment in the port, what is your opinion on this?

I strongly advocate for benchmark. In sincerely believe that things go smoothly when charges are benchmarked even though outside international valuation norms. Every country has its own unique peculiarities. You can fashion a model you think fits your own internal system based on what you think fits your country. Nigeria is such a peculiar country. What is tenable in Cote D’ivoire, Ghana, Benin Republic, Togo, may not work here, so I sincerely advocate for benchmark. If you check the high handedness of valuator in the port, you will shoulder, at times in the guise of trying to arm-twist, they become over-zealous, but we still have those that are seasoned. Assuming someone decides to dash me a container load of goods free, definitely you don’t expect me to come here and value it, on what premise are you valuing it, this is a gift. The valuation should be based on international standards on valuation data base. An example is the issue of cars. Cars appreciate by 10% and depreciate by 10% globally. But here, someone can give you an outrageously high price that you may want to protest. The more you protest, the more the cars accumulate demurrage, and at the end you are left in-between paying demurrage and doing’ The Needful’. My prayer is for the leaders to see how they can end the reign of these over-zealous valuation officers but n fairness to them we have truthful valuation officers who will do their job the way it should be done but if we have benchmark that should not be. You have valuation, you have Customs Investigation Unit (CIU), you have Post Clearance Audit (PCA), if you think someone’s consignment is undervalued, you use the PCA option, take the thing to the warehouse, then from there the PCA takes over, whatever that is the shortfall in this process should be recouped but a situation where the goods are trapped in the port and they keep incurring money, it does not make room for genuine trade facilitation in our port.

Previous BULLS: Listening Ears
Next Naira To Be Range-Bound This Week – Forex Dealers 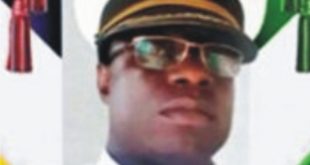 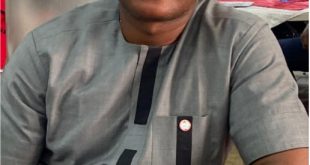 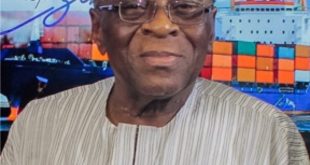 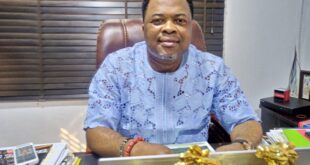 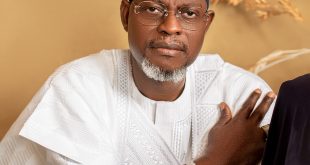 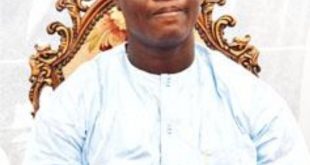 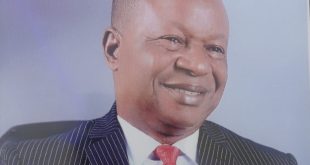