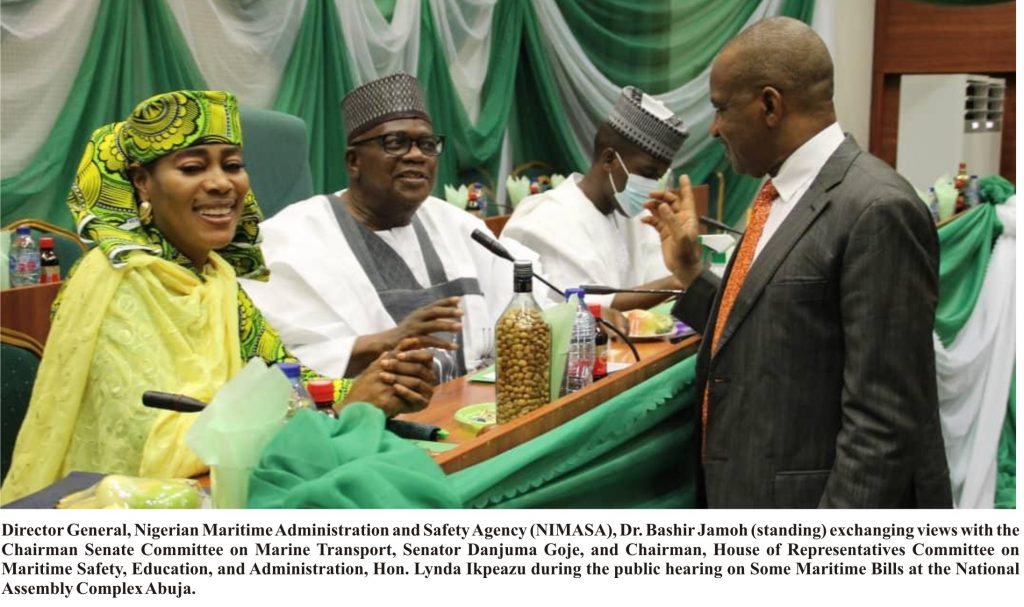 With the Nigerian women still nursing the pains of rejection of five gender-related bills at the National Assembly, fresh facts have emerged on how political parties and state governors suppress  the gender- inclusive policies of the government.

A coalition  of civil society organizations made up of women have been protesting at the National Assembly in the last one week against what they described as gender-insensitivity of the legislators, who had voted against  the gender bills at the last constitution amendment  sittings.

The action has been roundly condemned by people from different walks of life but observers believe that there are many more institutional obstacles in Nigeria militating against gender equality realization.

Speaking at the recent MMS Hall of Fame induction programme, a former Minister of Women Affairs and Social Development, Iyom Josephine Anenih narrated how the annual budget of her Ministry was never considered important for implementation by the then ruling People’s Democratic Party(PDP). She therefore wondered how development- oriented programmes  for women  would be executed without budget.

While Anenih’s  account of zero budget  for the ministry leaves trail of  hypocrisy for a government  that  bore the signpost of 35 percent affirmative action in leadership, the chilling account of  women’s fate  in the nation’s political parties’ structure by Dr. Mrs. Kema Chikwe elicits despair and hopelessness for women empowerment.

In an exclusive interview with MMS Plus, the former National Woman Leader for PDP, Dr. Chikwe said, “There is a mindset about positions women should hold and if they cannot be mainstreamed, they form the branches. Look at all the political parties and you will find the women’s wing but they are not even autonomous.

“When you check the National Working Committee (NWC) of parties, you most likely find the woman leader as a member of the NWC. However, it is rare to find another woman holding a national position or a state representative in a given regime. This is an atrocious setting because the political parties produce the leadership of states and federal level. So how do we expect a woman to come out from such a lopsided arrangement to be Governor or President?

“The people taking decisions at the political parties are men and they take these decisions with the feelings and considerations of men without recourse to gender sensitivity. Only one woman is usually on the committee to represent women when these issues are decided on. When it comes to money she may not know how the funds are raised and spent. She may write her own proposal about budgets but how many political parties execute or implement the budgets of the women’s wing? I was a woman leader and no one looked at my budgets.

According to her,”The worse thing about the political parties is that the president’s wife and the governors’ wives take over after their spouses win elections. They are in-charge of the women at the political parties and the women affairs ministry report to the governor’s wife or president’s wife who has no structured position in government. The funds for women are also passed through the first ladies. How can the women have a say when the governor’s wife does not attend Executive council meetings? She operates through her husband, so the women are weakened already because there is bias in the political structure.”

She noted that women are not financially independent like most men do and as such lack the financial fire power to execute political projects. She therefore called on the Central Bank of Nigeria(CBN) to establish women bank for women empowerment.

The former Minister of Transportation also encouraged rich and influential women of like minds to come together and raise funds for the establishment of special gender bank as a way of bridging the gender gap.

In her words:“Another handicap of women is lack of finance because the poverty level in Nigeria is quite high. Money means a lot especially in politics therefore, women have to be empowered financially. It is also important to address household management financially, socially and otherwise. If women start contributing money at the grassroots like the men are doing, this disregard for women will reduce. Moreover, I do not see why the Central Bank of Nigeria (CBN) should not begin to promote women bank.”

“Wealthy women of like minds can come together to aggregate funds and partner with CBN to set up women banks that will assist women with funding, help them better run their businesses, grow their investments and they will be financially empowered. There was a time this women’s bank initiative was on the front burner of the National Council for Women Society(NCWS) programme. Women should have banks dedicated to them, including Micro- Finance Banks which should not be run by the government because they will manipulate it.

“The agencies set up for women welfare in Nigeria like the Federal Ministry of Women Affairs can domicile this project. However, I believe that women can raise funds individually to set up a bank but it has to be managed properly. It is unfortunate that even the National Council for Women Society (NCWS) has been taken over by the government at the national and the state levels.

“This problem is prevalent in Nigeria today because there is no independent umbrella body for women. At the state level, Micro Finance Banks (MFB) could be set up to support women.” She concluded.