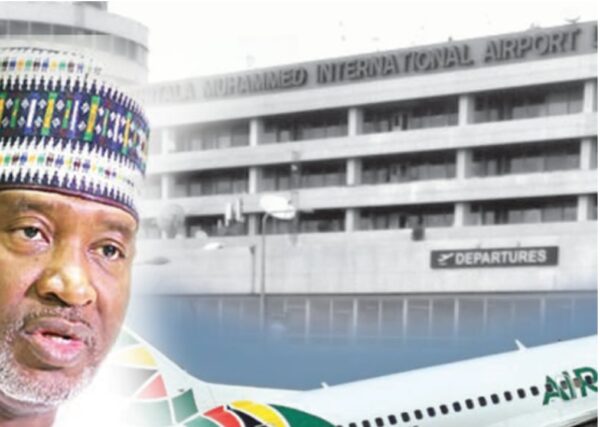 Experts in the aviation industry have kicked against the establishment of the African Aviation and Aerospace University.

Speaking with our correspondent in Abuja, Secretary-General Aviation RoundTable, Olumide Ohunayo, queried the establishment of the university, adding that the university should be investigated.

“There is no reason for that aviation university. Why call it Private-Public Partnership when all the investments are done- both the land and N1bn start-up funds- were provided by the FG? I think there is a need to investigate that university because the government had no business in it. What I see is more of ticking a roadmap than national interest,” he said.

Meanwhile, Minster of Aviation, Hadi Sirika, in a press briefing last year in Abuja announced that the aviation university will commence registration for the 2022/2023 academic session on September 26 – November 18, 2022.

According to the minister, the main objective for the establishment of the university was the need for the country to go into field research development in the areas of aviation and aerospace.

Also, he said that the aviation university would be a pan-African university, not limiting its intake of students to only Africa, but Nigeria would be the focus centre.

He added that the Federal Government would be partnering with Nile University.

Explaining why the university should be scrapped, Ohunanyo noted that the  Nigerian College of Aviation Technology owned by the government has almost all basic professional courses and some degree-awarding courses, adding that the Senate approved an aeronautical university in Ondo State to handle aeronautical courses.

“How would you now spend N1bn, providing land just to have two courses? I think it was a misplaced priority. The minister was just hell-bent on having it his own way rather than looking at what is necessary for the aviation industry and the nation.

“The aviation university… is not necessary. It is not a national requirement but a self-interest that was pitched already and I think at the appropriate time that will be reversed.”

He further said that the land for the construction of the university should be used as a satellite campus for NCAT or other important public facilities in the country.

“The country has so many universities public and private offering different air transport courses and numerous training organisations approved by the regulator, Nigerian Civil Aviation Authority. So, what is this institution bringing to the table?”

On his part, the President/Chief Operating Officer of Top Brass Aviation, Roland Iyayi, said there had been plans to upgrade NCAT to a degree-awarding university which was never executed.

The former managing director of the Nigerian Airspace Management Agency said, “A couple of years ago the government had agreed that NCAT was going to be upgraded to a degree-awarding college and that plan was shelved.

“When this government came and said they want to set up a university, of course, the argument can be that the quality of lectures in the current NCAT may not be qualified to lecture in the university because they are not degree graduates. Most of them are professionals carrying licenses and for you to say that you want to serve the university, you will require lecturers who have degrees or possibly some areas of specialisation with masters.”

He said that was cheaper to upgrade NCAT to a university than to set up a whole university from scratch.

He argued that should the FG go ahead with the planned university; it would encounter funding challenges.

“My position will be that given the scarce resources that we have and the fact that the fund needed to set up a university is huge, I will suggest that it will be more pragmatic to seek to upgrade NCAT as it has been agreed by the previous government. All they will need to do is to set up faculties that would have lecturers with the requisite experience and exposure to be able to run a new university.

“For NCAT, if you bring in the necessary resources you will definitely need to change who manages it because you can’t put a pilot who doesn’t have a degree, who only has an ATPL to manage people with PhDs and master’s degree.

“In other to be able to do that I think we need to restructure NCAT so that anybody that wants to become a pilot can also become a transport management graduate. There is nothing wrong with NCAT tying up with Ahmadu Bello University, Zaria and having ABU that is already a full-blown university structure curriculum that will be tied to NCAT,” he added.