Why Tsanni Shouldn’t Return As CRFFN Governing Board Chairman – APFFLON 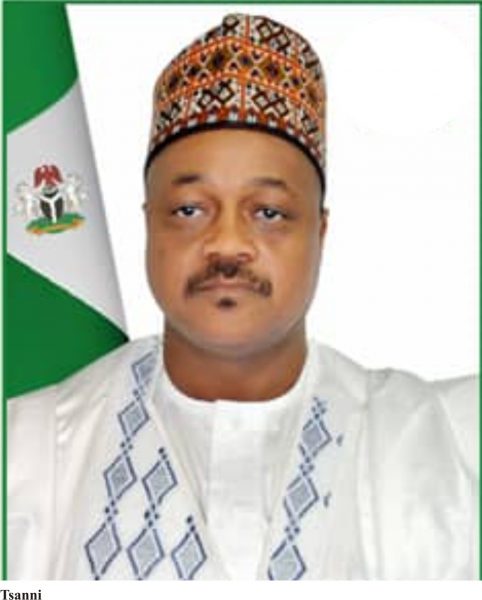 The immediate-past Chairman, Governing Board of the Council for the Regulation of Freight Forwarding in Nigeria (CRFFN), Mr. Abubakar Tsanni

Amid indications that some strong forces within the freight forwarding associations and highly politicians are trying to ensure that the immediate past Chairman of the Council for the Regulation of Freight Forwarding in Nigeria (CRFFN) Alhaji Tsanni Abubakar comes back for a second term in office, African Professional Freight Forwarders and Logistics of Nigeria (APFFLON) has kicked against such moves.

Sources within the Council noted that the appointment of Abubakar Tsanni for a second term has already been done and dusted, adding that there is an agreement among the past Council members to repeat the same election method that brought them into office in their first term.

In October 2018, Minister of Transportation, Rotimi Amaechi appointed Abubakar Tsanni to become Chairman of governing board of CRFFN, even though freight forwarders kicked that the appointment did not follow due process as the Chairman should have been elected from the freight forwarders.

The President of APFFLON, Otunba Frank Ogunojemite argued that the arranged election which brought the immediate-past governing board members shouldn’t be repeated, and Tsanni shouldn’t be foisted on freight forwarders as the Chairman.

“In a conventional environment, there shouldn’t have been a vacuum in the CRFFN since the tenure of the past Council members expired in 2020. There should have been an interim board to oversee the affairs of the Council and conduct another election.”

“If the election would hold, it must be different from usual elections in the past, there must not be selection this time around, there must be a democratic election based on individuals, nobody should hide behind an association, we must do an assessment of the people who wants to be on the governing board,” Ogunojemite said.

According to him, industry stakeholders must evaluate the qualifications of the would-be CRFFN board members and what they intend to contribute to the Council. He argued that this would ensure the new board can be held accountable and queried when if they fail to deliver on their obligations.

He also condemned the former electoral approach which disenfranchised some people who were registered with CRFFN as individuals but not allowed to contest for a place in the governing council.

“Section 4 of the CRFFN Act made provision for the individuals, if it is in the Act, I don’t know why it cannot be practiced. Individuals should be allowed to vie for the position of a governing board member as long as they are registered with CRFFN,” he said.

Otunba Ogunojemite also called for a review of all the five registered freight forwarding associations with CRFFN, arguing that some of the registered five are no longer meeting up the required expectations.

“There are requirements for an association to be registered under CRFFN. One of the requirements is that any association that is not paying their dues should be de-registered. This is not being applied. Being registered by CRFFN doesn’t mean you would be there permanently, but because the management of CRFFN is not performing well, they don’t carry out the assessment they ought to do,” he said.

According to him, APFFLON investigations have shown that after the last elections, none of the associations have paid dues to the CRFFN, lamenting that this happened because the CRFFN is not living up to expectations.