Stamp Duty: How Businesses Will Be Affected – LCCI, Marine Experts 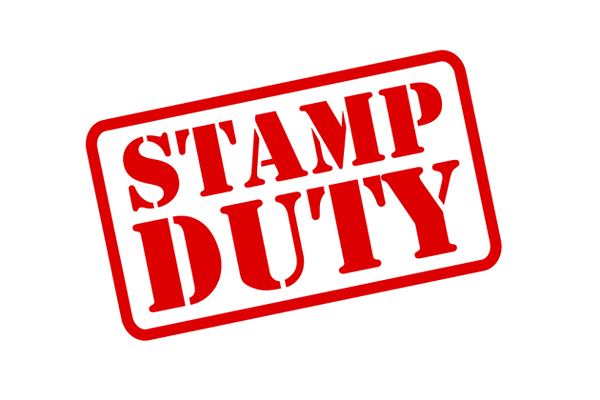 Nigerians and indigenous businesses may have to brace themselves up for more economic pangs with the planned imposition of stamp duty tax on tenants ranging from 0.78 percent to 6 percent.

The fiscal policy has been described as a debacle capable of further impoverishing the masses that are currently bearing the brunt of the COVID-19 pandemic on the economy.

Various categories of pressure groups have frowned at the development and called on President Muhammadu Buhari to stop the initiative as experts posit that the timing was wrong and would make life unbearable for Nigerians, who are already overburdened with heavy taxes.

Explaining the basis for the charges, the Executive Chairman, Federal Inland Revenue Service (FIRS), Mr. Mohammad Mamman- Nami, during his ongoing national public enlightenment campaign on the Stamp Duty Act, argued that there was no justifiable reasons for any landlord to increase rent purportedly on account of the stamp duty which is chargeable on the instrument of the transaction.

His words: “The stamp duty is charged at graduated rates. Stamp duty on rent or lease from one year to less than seven years is 0.78 per cent. If your rent is N100,000, stamp duty due on it is N780. Your stamp duty could be as low as N200 or N300 if you live in a room and parlour or in the village where rent is low. If you can afford to pay your rent between seven to 21 years, your stamp duty is three percent on the rent. If you can afford to pay rent at once from 21 years and above, the stamp duty due is six per cent, which is very rare but we created room for it because some renters prefer long leases.”

“Once you’ve reached an agreement with your landlord on the amount to pay for your rent of less than seven years, you should calculate 0.78 per cent of the amount, go to a nearby bank and ask to pay the 0.78 per cent into the stamp duty account. Collect the teller and tender it to your landlord to legalize your transaction with him or her”

“It is the responsibility of the landlord before he or she issues a receipt or sign a rent or lease agreement with a tenant to make sure that the tenant presents evidence of stamp duty payment. A landlord that does not insist on evidence of stamp duty payment will bear the cost of the stamp duty if the FIRS eventually finds out. You do not pay stamp duty on your own residential accommodation if you are the owner of the property even if you live in a 10-storey building.”

Reacting to this, an economic expert and Chairman of Nigerian Ports Consultative Council (PCC), Otunba Kunle Folarin stressed that such fiscal policy could spark an inflation in the country.

According to him, this development would affect Small and Medium-sized Enterprises (SMEs) because for every input into the cost of doing business, an increase would be reflected on the supply cost.

“This would affect the cost of production and by implication also affect the cost of supply and prices of such goods and services. It would lead to inflation on the economy that is already overstretched with numerous fiscal and infrastructural challenges. In the long run, whatever the government receives as stamp duty wouldn’t be placed on just the companies. The burden would be transferred to consumers of goods and services.”

“They have retraced their steps and said it doesn’t affect residential housing. Following the objection by Nigerian Labour Congress (NLC), the clarification afterwards indicated that the 6 percent stamp duty on rents would only affect rents for 21-years and above. Obviously, someone can’t rent a property for N5,000 or N10,000 and you demand stamp duty of 6 percent,” he said.

The Director General of Lagos Chamber of Commerce and Industry, Dr. Yusuf Muda told MMS Plus that the biggest challenge with the development was the fact that it was coming at a time Nigerian citizens and corporate organizations grappled with the monetary effects of the COVID-19 pandemic.

“The stamp duty charge in terms of materiality isn’t worth the effort of the person collecting it. The administrative charge isn’t worth amount to be collected so it doesn’t make sense. The law is also not a new law. It has also been there for a while, but the government revisits it because it seeks revenue. However, it is not proper at a time like this. The government shouldn’t be imposing any burden on the citizens at such a time as this. Many companies are struggling and such policy should be in abeyance for now,” the LCCI boss said.

Meanwhile, a Housing Agent with over a decade experience in the practice in Lagos, Mr. Jackson Akpan told our correspondent that the development was a misplaced priority by the government.

According to him, any attempt by the government to shore up its finances via taxation would be wrong as a result of the nation’s perplexed economy occasioned by the COVID-19 pandemic.

He expressed optimism that the Nigerian Labour Congress (NLC) would be able to successfully end the proposal to have stamp duty taxes on rents.

“This is the least issue that should be in the public domain today. There are far more worrisome and pertinent issues that have been jettisoned. Other countries are exploring opportunities to reduce the fiscal burden of COVID-19 pandemic on citizens and their businesses. Why should Nigeria be doing the opposite? Where are the results of the numerous taxes collected by the government to support this revenue drive?” Jackson queried.

Also speaking on the issue, Mrs. Adanne Okafor who operates a boutique in Festac town, Lagos, described the development as suicidal and anti-people.

“I was astonished as the issue was deliberately on radio last week. Of all the problems affecting the nation, especially the COVID-19 pandemic which the federal government is yet to provide solutions for businesses, schools and religious gatherings; it is sad that the government is talking about new taxes.”

“They have done their best to kill citizens with an unfavourable business environment. No power supply, bad roads, poor health facilities, plus billions reportedly looted from various sectors of the economy. Despite all these, they still focus on destroying the lives of Nigerians. There’s no basis for this and there is nothing else to say except that God will judge them,” she lamented.

Meanwhile, some finance experts also point out the fact that stamp duties have already been collected on the source of these monies that would eventually be paid as rent.

As a trader, one would have already paid stamp duties on each of the transactions that accumulated to the money for the rent. So, it amounts to double taxation to pay stamp duty for trying to get accommodation for your business or residence.

There are also unpleasant reactions trailing the fiscal intervention packages by the federal government especially the provision by the Central Bank of Nigeria (CBN) for COVID-19.

The federal government, on one hand, has provided palliatives for SMEs when there are no beneficiaries to corroborate such claims, and it proposes stamp duty on rent that would make the business environment more hostile.

Nigerian citizens have called on the government to display its transparency by providing the profile of the beneficiaries of the palliatives.

Since the lockdown, many Nigerians working in informal sectors have been unable to feed their families with their daily earnings, their only source of sustenance. An increase in food prices as a result of the lockdown and travel restrictions also meant that many couldn’t stock up necessities and many are yet to come out of debts.

The informal sector, in which more than 80 percent of Nigerians work, includes a wide range of occupations, from street traders, taxi drivers, tradesmen, and artisans to food vendors and hairdressers. In Lagos alone, according to research by nongovernmental organizations, 65 percent of the estimated 25 million people work in the informal sector. Informal workers have lower incomes, often do not have savings, health insurance, or pensions that provide a basic social safety net, and 72 percent are poor.

The government said that each family on the register will receive monthly cash payments for four months, but there are few testifiers to this palliative. The payments probably reached only a fraction of the Nigerians despite the postulation that over 90 million Nigerians live in extreme poverty, on less than $1.90 a day.

Similarly, the Social and Economic Rights Accountability Project (SERAP), a nongovernmental organization, filed a freedom of information request seeking details on the government’s relief funds. “We are seriously concerned that millions of the country’s poorest and most vulnerable people have not benefited from the announced palliatives, donations, reported cash payments, cash transfers and other benefits,” the group said.

Under Nigeria’s freedom of information law, the government must provide the information within seven days but the details of the relief fund remain hidden.

Although CBN announced a N50billion targeted credit facility “to support households and micro, small and medium enterprises affected by the COVID-19 pandemic.”

The credit facility, through which households can potentially get up to 3 million Naira loans (US$7,700), requires proof of collateral, such as personal property, which many poor families are unlikely to have. The loans also come with five percent interest initially and nine percent after March 2021. Only 40 million Nigerians, 25 percent of the population, have bank accounts.