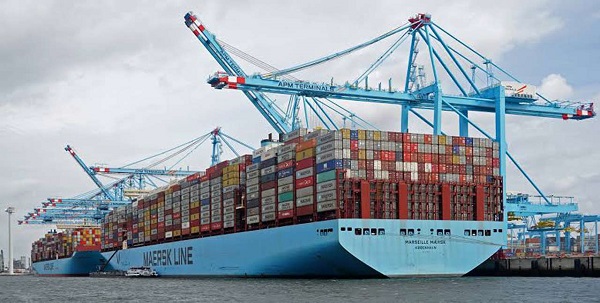 Nigerian shippers have expressed worry over the increase freight rate on shipments from Europe and Asia to Lagos from less about $3,500 for a 40-foot container to $13,500 due to scarcity of empty containers.

Media learnt that shipping companies in Istanbul, Guangzhou, Antwerp and Beijing have run out of containers to ship goods to Apapa and Tincan ports.

Findings suggest that most containers sent in the last 10 years have not been returned.

The President of Shippers Association Lagos State (SALS), Jonathan Nicol, said most of the empty containers abandoned in Nigeria by shipping companies have expired and could not be shipped back to their countries of origin.

He expressed fear that the freight rates might rise further to as high as $20,000, saying the government has been engaged severally on getting the shipping lines to evacuate their containers but that they did nothing to address the issue.

Nicol pointed that empty containers are now littered everywhere in the country, including highways. He added that this was never the case in the past when the shipping companies sent their staff to pick the empty containers.

“If they are now complaining of not having containers to bring our cargoes, how is that the fault of the shippers?” he quarried.

The Chairman, the Association of Nigeria Licensed Customs Agents of Nigeria (ANLCA), Tincan port chapter, Muhammed Mojeed, lamented that the challenge of sending empty containers abroad has led to an increase in freight costs.

He noted that container scarcity was one of the reasons responsible for the drop in cargo importation into Nigerian ports.

“There are only very few cargoes that are coming into the country now. A shipment that you can previously achieve with $4, 000 has risen to as high as $14, 000,” he said.

Previous How to integrate Nigeria into global map in shipping, seafaring, by NSML
Next Importers lose N16bn yearly to foreign shipping firms