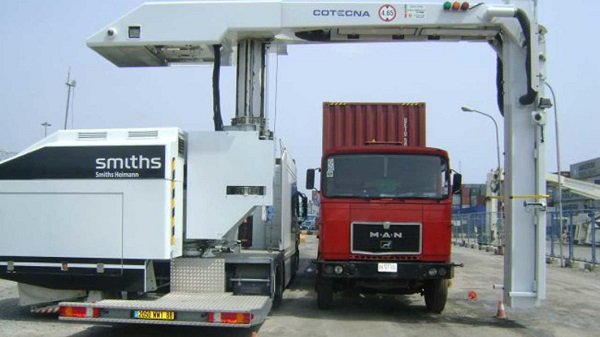 The Nigerian Customs Service has said it is still having teething problems regarding the operation of the new scanning machines at the ports.

Although the challenges are not peculiar to the NCS, everyone involved in the delivery supply chain,from  the customs ,terminal operators down to the truckers, all have challenges as a result of the introduction of the scanner.

National Public Relations Officer of the NCS, Deputy Comptroller Timi Bomodi,stated this in an exclusive interview with MMS Plus, on Thursday, last week.

He stated that any time a new product is introduced, it is bound to experience some teething challenges

His words,”First of all, it is something that is basically new, any equipment that you started working with at the beginning, you are going to experience teething  problem here and there, not just from Customs’ side. Everybody that is working in that loop to get  containers out, will have challenges. Terminal operators will have challenges,shipping companies will have challenges, and transporters, too. Because, it has to be  physically moved,  the people that own  the trucks will have  challenges,” he said

He said the delays being reported by freight agents are not caused by the NCS or the operators of the scanner.

He noted that Customs does not position containers for scanning urging the freight forwarders to pin point the specific areas of delays.

“How is it causing delay? In which area is there delay? They are the ones that complained to you, so they should be specific about their complaint,” he said, adding that the  responsibilities of positioning  these containers are that of the terminal operators”

He said if the freight forwarders say that they don’t want to go for scanning, “Then there is something obviously wrong because these are the people that are screaming to high heaven  that scanners should work and now, the scanners are working, and they have started complaining,”he  stated.

“Yes, we run the scanners and there has not been any down time in the scanners.We are keeping to the target that we have specified earlier  on that we are going to meet,a given  number of containers that can be scanned within a given period of time. So if they are delayed, it is now your responsibility to find out what the cause of that delay is and how it can be addressed. It’s a team work and it will take time for the team to work in  synergy to have this  through put increase  without much delay” he submitted

He called for the understanding of stakeholders to allow more time for the scanning operation to jell.

“And that is the time we are asking all stakeholders including reporters  to give them. This is a time we should allow them  focus on their job and let’s see how their performance will improve, at least  for  the next six months then, if we are not seeing results then we can ask what  their major challenges are,” he  noted.

He stated that scanning did not stop physical examination, stressing that both go hand in hand.

He appealed to stakeholders to allow the process time to yield the desired results .”Let’s be a little bit more objective in our approach, let’s give them more time, they need the time to get the job  done ,and at the point of getting the job done ,they will get it the right way. I think if we give them that, we will start to see results in not too distant future.

“You were there when we did  sensitization on scanners, right? If you were there, then you will know how the machines are supposed to work. If not you will know that there is no machine in the world that works 24/7 non stop. There’s no machine that does that. If you don’t, give them a little bit of  time to rest then of course what  you are trying to avoid will happen. All of that had been factored into the operations of those equipments. So it has no impact whatsoever on what we do,” he said

Bomodi noted that for now, the one scanner that is installed in all the ports is enough,adding that government is making plans to increase the number.

“The intention of the government is to increase the number of scanners in all our ports and even in our border areas. It’s not just in the ports. It’s a gradual process. Remember they are extremely expensive equipments to acquire and also very delicate to maintain. So it is  not a plug and play equipments that  you just bring it in, plug it and  start using it, no.

“When you bring them in you have to train everybody that uses it even the maintenance people, you have to train them. That’s why before we even deploy them,there was a little bit of delay  because we needed to make sure that once  we start operating,no issue will come up that will affect our continuous operations. So, of course in time, the government will acquire more,” he added.

On the issue of radiation effect on the operators of the scanner  and the need to rest the machine occasionally as possible reasons of delays,the NCS mouth piece had this to say.”That area is a secured area. If it’s not a secured area, nobody will be allowed into that place. The issue of radiation has been taken care of. It has no impact on our officers and they have done it in such way that it won’t affect the people that use that facility. So that is not even an issue,” he said.