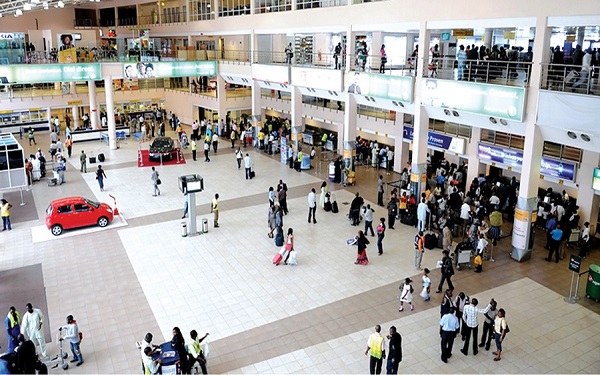 THE jump in the cost of Aviation Turbine Kerosene, popularly called aviation fuel, has resulted in over-crowded airports, as airlines reschedule and cancel flights at short notice, leaving passengers stranded.

The development came as the House of Representatives on Monday continued its intervention in the aviation fuel crisis, as the Federal Government, airline operators and oil marketers agreed to peg the price of the commodity at N500/litre pending the resolution of the rising price crisis of the commodity.

The current price of aviation fuel is N670/litre and this cost has led to a crisis in the sector such as flight delays and cancellations due to the inability of airlines to easily access the commodity at that cost.

At the second investigative hearing by the House held in Abuja, domestic airlines under the Airline Operators of Nigeria disclosed that at the current price of N670/litre, a seat in the economy class should go for about N120,000.

They also threatened to suspend flight operations in the next three days (by Thursday), arguing that airlines could not continue to subsidise flights any longer.

Meanwhile, findings by our correspondents revealed on Monday that several passengers had spent nights at airports due to delayed and outright cancellation of flights by airlines over lack of aviation fuel.

Our correspondents gathered that some passengers of Dana Air and Aero Contractors slept at the Nnamdi Azikiwe International Airport on Sunday night after their flights were delayed for several hours.

“Some of us had to sleep at the Abuja airport because we landed around 1am on Monday, after our 7.30pm Sunday flight from Lagos was delayed for several hours till close to 12midnight before taking off,” a passenger of Aero Contractors, who simply gave his name as Okey, stated.

The passenger said the airline claimed that the cost of aviation fuel had made it tough for operators to access the commodity and that the issue warranted flight delays and cancellations.

Another passenger of Dana Air, who identified himself as Stanley, also slept at the Abuja airport after his flight from Lagos was delayed for more than six hours due to the challenge of aviation fuel.

“You need to see the rancour at the departure lounge in Lagos by passengers who crowded the lounge due to delayed and rescheduled flights,” he stated on Monday in Abuja.

For about two weeks, airlines and travellers in Nigeria had been faced with hectic aviation activities. Operators in the sector had blamed this on the hike in aviation fuel, while marketers, on the other hand, insisted that the commodity was available.

Marketers attributed the hike in the price of aviation fuel to the rising cost of crude oil in the international market, as they noted that the commodity had been deregulated.

Airlines had been unable to cope with the cost of the commodity, as aviation fuel price rose from N200/litre about three weeks ago to between N590 and N607/litre last week.

It was learnt that virtually all domestic airlines at the Lagos airport announced an indefinite rescheduling of their morning flights, a development that left many passengers stranded across airports in Nigeria.

The Nigerian Civil Aviation Authority had on Thursday said it might be forced to ground some aeroplanes over the inability of local airlines to maintain them due to the rising cost of JetA1, also called aviation fuel.

The authority stated that the hike in aviation fuel price had led to a spike in the cost of the operations of airlines.

This came as the Airline Operators of Nigeria stated that with the price of aviation fuel increasing from N190 to N670/litre, they might be forced to suspend flights nationwide.

The flight disruptions on Monday made many passengers at various airports to make alternative arrangements, either to travel by road or halt their trips.

They decried the crisis in the aviation sector and urged the government to intervene considering the significance of the industry to the country’s economy.

Meanwhile, during the investigative hearing by the House in Abuja on Monday, domestic airlines under the Airline Operators of Nigeria again threatened to shut down operations this week over skyrocketing aviation fuel price and demanded licences from the government to begin ATK importation.

Emerging from the meeting, Wase asked the NNPC boss to read out the resolution reached by the stakeholders.

Kyari said, “We know this is a very difficult situation. We know that once aviation fuel increases, prices of flight tickets will certainly increase and this can surely cause pains for Nigerians. That is why we are working with you to ensure that those pains are minimised to the barest minimum. And one of the elements is the pricing of aviation fuel.

“So, what we have engaged with MOMAN, DAPMAN and the airline operators is that in three days’ time, their representatives will sit down and agree on a transparent base for pricing. That means that they ought to have a referenced benchmark that is quoted transparently in the market.

“They will have a referenced exchange rate for the naira so that everyone can compete. They will also agree on a premium, which currently differs from customer to customer, depending on the volume you buy and the credit level.

“These are the things they can negotiate in three days and close, so that going forward, there is a transparent decision on pricing. This will no doubt throw up the actual value of the product in the market. You will no longer see these discrepancies we have seen where some people are selling at N445 and some are selling at N630. This will completely close, such that you will not see these differences.”

The GMD of the NNPC also disclosed that the meeting agreed that in the interim, “between now and the three days that they have to close negotiations, they will sell at N500 in the next three days and after that, they will switch to the new price that everyone can access.”

Kyari noted that the lowest price seen as of Monday morning was N445 while some marketers sold the commodity for as high as N630 “and we don’t think this is normal and so, we discounted it.”

He added, “Lastly, as requested by the Airline Operators of Nigeria, they will be granted a licence by the authority to import petroleum products, particularly ATK, so that they can have a way of benchmarking the sales of other customers and can also bring in cheaper products whenever it is possible.”

Adopting the resolutions on behalf of the AON, Onyeama noted that at N500/litre, “our unit cost per seat will now be about N85,000, barely insurance and other things; that is our pain.”

He said, “I wish we could buy this fuel at N200 so that Nigerians can afford to buy it. That is our predicament. And so, the public should understand if there is a shift in what they are paying now and what they are going to pay later.

“Anybody can calculate it just as it has been done here, to buy 8,000 litres of fuel at N500/litre. How much will that give you for just a one-hour flight?”

Adopting the resolutions on behalf of MOMAN, Adeosun stated that “the last thing any marketer wants is to create a situation where the general public has to pay far beyond what they can afford for any product.”

He added, “The resolution that we reached today is one that is attainable and we look forward to working with our colleagues in the aviation sector so that we can have an efficient sector for Nigerians.”

Earlier, MOMAN had urged the Federal Government to issue licences to modular refineries, saying they had the capacity to end aviation fuel shortage and price fluctuation.

The marketers also blamed the hike in price on forex scarcity and high exchange rate, urging the Central Bank of Nigeria to subsidise the rates for aviation fuel importation.

Adeosun said, “That is the market adjusting to a steep drop in market conditions that are outside of the Nigerian market. There are some very easy things that we can discuss there. Do you know that there are refineries in Nigeria today that produce ATK? Do you know why we cannot sell that ATK?

However, the AON, through Onyeama, condemned the marketers for refusing to disclose the actual amount they buy aviation fuel.

Onyeama said, “I have the mandate of every airline in this country to announce to you that if they cannot come down from their rooftop, we have only three more days to be able to fly. We are not threatening this country. We have been subsidising what we are doing.

“I will give you the rate as of today, at N630, N640, N650/litre, we have an aircraft going to Kano that has about 7,000 litres of fuel on it. Multiply it by N630. The unit cost per seat already is about N70,000 per seat. You have not talked about the insurance that is very static and Nigerians pay a lot of insurance premiums because this country is stigmatised.”

He added, “You have to insure in London and other places abroad. It is a loss. All the insurance companies in Nigeria put together cannot even insure one aircraft. So, you have to go abroad to insure and they slam us with heavy premiums. What we use in insuring one plane is what the legacy airlines of this world use in insuring about three planes. So, the Nigerian airline is dead on arrival.

“Yet, the fuel cost which was supposed to be about 30 to 40 per cent (of operational costs) in every other clime in the world, in Nigeria it is about 70 per cent even before this time (of scarcity). So, you can now see the mortality rate of airlines in this country and the causes.”

The Air Peace boss challenged the marketers to disclose the actual price of aviation fuel, saying, “They have refused to answer your simple question. Whether you got money from the CBN or from the black market, how much is the unit cost of your acquisition so that we know if the airlines are cheating you or you are cheating the airlines, or if you have formed a cartel to increase your prices overnight.”

Onyeama stated, “From what is happening if we continue this way, the cheapest ticket you will expect from airlines will be about N120,000 for Economy (Class). And we don’t want to do that because it will not help the ordinary man.