Contrary to reports that the much celebrated ‘Trader Moni’ loan initiative is a noble effort of the federal government to assist Nigerian small-scale traders, MMS Plus investigations have revealed that the scheme which aims to touch over two million Nigerians sees applicants pay N3,000 at the commercial banks without obtaining the loans.

The federal government would have generated N6billion fraudulently from the projected two million people the initiative is targeting when each applicant pays N3,000 to the commercial banks authorized to process payment for the ‘Trader Moni’ scheme.

The N3,000 fee collected at the commercial banks wasn’t captured in the publicized requirements of the ‘Trader Moni’ scheme as petty traders, market women, artisans and small scale business enterprises are made to pay the non-refundable fee without any guarantee of receiving the minimum N10,000 to cater for their businesses.

Although the federal government policy was intended to support businesses, particularly small, medium-sized businesses and micro businesses, it has become a massive scam as banks net N3,000 from all applicants and the government hasn’t kept its end of the loan bargain.

Worried by this extortion, MMS Plus contacted a Business Executive, Commercial Banking in Sterling Bank, Mr. Wale Adefope on this issue but the banker declined comments.

Sterling bank is one of the registered banks for the scheme and several applicants have reportedly paid the sum of N3,000 to register for the ‘Trader Moni’ loan in Sterling bank.

According to a female applicant (name withheld) who is a food stuff trader in Agboju Market in Amuwo-Odofin Local Government Area of Lagos State, “I thought the money was for every trader when I was told to meet Sterling Bank. I have paid N3,000 to them and they made me fill a form which they collected from me since three months now. Anytime I call them they will say they are working on it.”

Another female applicant who is into Poultry Farming in Ojo, Lagos simply known as Madam Peace also expressed surprise at the fraud in the system.

“In the last three, four years I have been fleeced of between N2,000 and N5,000 by different credit institutions under the guise of giving me loan for my agriculture business without any breakthrough. I got loan twice from a micro finance bank but their repayment condition almost got me hypertensive. So, when I heard of ‘Trader Moni’ I felt a relief has come at last. However, since I paid a commercial bank N3,000 as registration fee, I have not heard anything again. They have kept posting me around. So, federal government can also scam her citizens like this?”

Speaking to our correspondent on the mode of application for the loan, a ‘Trader Moni’ customer care agent simply identified as Jumoke said interested applicant must first get in touch with the Trader Moni agents to get registered for the loan before approaching the banks.

“Trader Moni agents are responsible for the registration. They are targeting the markets as well as streets. Once they come to your local government, they would create awareness and the registration process must be captured. Once you have done the registration, Trader Moni sends you a text message as regards to the process before you can proceed to the banks” she said.

According to Jumoke, interested traders can’t obtain the loan without approaching an agent and the agents are only found during staged rallies led by the Vice President, Prof. Yemi Osinbajo.

If ordinary Nigerians can’t access the loans from the nine banks in partnership with the Bank of Industry (BoI) for the project, why were the banks contracted?

Concerned Nigerians have also asked why the 4,000 ‘Trader Moni’ agents don’t have offices in various states of country but restrict themselves to the market rallies led by Prof. Osinbajo targeted to boost the electoral chances of the ruling party, All Progressives Congress (APC).

Observers of the televised reports of the ‘Trader Moni’ market rallies have also expressed skepticism on the veracity of such campaigns as the recipients of the loans were usually adorning customized ‘Trader Moni’ shirts when approached by the agents in the markets.

Performing the official launch in Osun State, Prof. Osinbajo said the traders’ moni programme was part of the federal government’s social intervention aimed at funding micro business in the country.

Osinbajo, who said no government in the history of the country has done such an economic boosting programme, said the All Progressives Congress (APC)-led government has done well in the area of people’s welfare.

The vice-president said that the ‘Trader Moni’ programme will help in boosting micro and small scale businesses, petty trading and commercial activities across the country.

He said that the beneficiaries would be given a loan of N10,000 each, which would be repayable within six months, adding that any of the beneficiaries that pay back the loan within the stipulated period would qualify for another bigger amount of N15,000.

According to him, “Trader Moni scheme is targeted at petty traders, market women, artisans and small scale business enterprises to cater for ultra-micro enterprises.

“The policy of the federal government is to support businesses, not just big business but particularly small, medium-sized businesses and micro businesses. The whole idea is that we want to ensure that we give whatever support to people to alleviate their businesses.

Commending President Muhammadu Buhari for giving priority to the welfare of Nigerians, Osinbajo said there was the need for the people to reciprocate the president’s good work by re-electing him in 2019.

Also speaking at the event, the Executive Director, BoI, Mrs. Toyin Adeniji, said that no fewer than 30,000 beneficiaries would have access to the loan.

“Our agents have already met the market women at their point of sales to register them. They would get the money and pay it back immediately through Mobile Wallet. In fact, many people have started receiving the alert” she said. 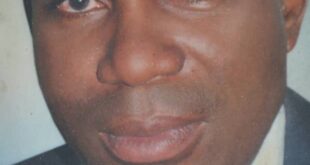 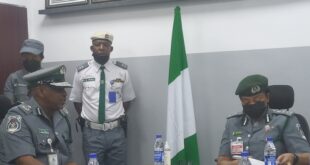