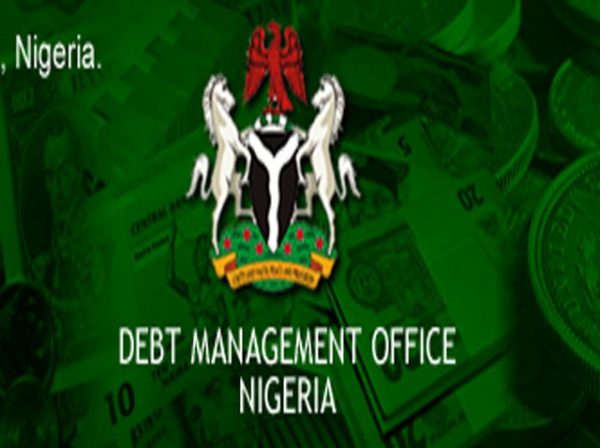 Nigeria’s public debt burden may hit N77tn if the National Assembly approves the request by the President, Major General Muhammadu Buhari (retd.), to restructure the Ways and Means Advances.

Thee Ways and Means Advances is a loan facility through which the Central Bank of Nigeria finances the shortfalls in the government’s budget.

This is as the Federal Government spent N5.24tn servicing debts in 2022.

The Director-General of the Debt Management Office, Patience Oniha disclosed this on Wednesday during the public presentation of the 2023 budget organized by the Minister of Finance, Budget and National Planning, Dr Zainab Ahmed.

She, however, noted that the debt would be N70tn without N5tn new borrowing and N2tn promissory notes.

Oniha said, “The DMO released the figure for the country’s debt stock as at September, you don’t expect it to be significantly different from December. Secondly, there are a lot of discussions on the Ways and Means. In addition to the significant costs saving in loans service we would get by securitizing it.

She said while the debt is growing because there is new borrowing, revenue is receiving significant importance.

“Like DMO always says, you can’t talk about debt without talking about revenue. We need the two to work together,” she added.

The FG’s huge appetite for borrowing under the current regime had worsened the debt position as the country’s debt stock rose to N44.06tn as of September last year.

The DMO and the government had come under attacks from experts and key stakeholders in the economy over the country’s rising debt levels.

Meanwhile, recently, the President, Major General Muhammadu Buhari (retd.), transmitted to the National Assembly, a request for approval of Ways and Means Advances restructuring to the tune of N23.7tn.

At the plenary on December 21, President of the Senate, Ahmad Lawan; and Speaker of the House of Representatives, Femi Gbajabiamila, read out Buhari’s request to members of the respective chambers.

“The Ways and Means balances as of 19th December 2022, is N23,719,703,774,306.90. I have approved the securitisation of the Ways and Means balances along the following terms: amount, N23.7tn; tenure, 40 years; moratorium on principal repayment, 3 years; pricing interest rate, 9 per cent. Your concurrence and approval is sought to allow for the implementation of the same.”

However, the Senate rejected the request by the President to restructure the N23.7tn Ways and Means advances.

The finance minister said the Federal Government spent N5.24tn on debt service alone between January and November 2022, out of its N12.87tn total spending for the same period.

According to her, domestic debt gulped N2.51tn, foreign debt N1.08tn and interest on ways and means, N1.64tn.

In its December 2022 edition of the Nigeria Development Update, the World Bank projected that interest payments on the federal government’s borrowing from the CBN would gulp about 62 per cent of government revenue by 2027 despite the restructuring plan.

The report read in part, “Despite the restructuring of the Ways and Means stock in 2023, interest payments are projected to steadily increase by 2.4 percentage points of GDP between 2018 and 2027, and by 2027 interest payments will account for over 62 per cent of revenues.”

Media recently reported that the FG borrowed N6.31tn from the CBN through Ways and Means Advances in 10 months.

The N23.77tn owed the apex bank by the FG is not part of the country’s total public debt stock, which stood at N44.06tn in the third quarter of 2022, according to the Debt Management Office.

The public debt stock only includes the debts of the Federal Government, the 36 state governments, and the Federal Capital Territory.

The World Bank had, in November last year, warned the Nigerian government against financing deficits by borrowing from the CBN through the Ways and Means Advances, saying this put fiscal pressures on the country’s expenditures.

Despite warnings from experts and organisations, the Federal Government has kept borrowing from the CBN to fund budget deficits.

The Managing Director/Chief Executive Officer of Cowry Asset Management Limited, Mr Johnson Chukwu, recently said the central bank’s lending to the government was putting pressure on the exchange rate and the inflation rate, with “liquidity that has no productivity attached to it coming into the system.”

A Professor of Development Macroeconomics at the University of Lagos, Prof Olufemi Saibu, criticised the government for over-borrowing.

He said, “I think we are over-borrowing. We continue to rely on international benchmarks, which make us lazy in terms of revenue generation.”

Saibu urged the government to lessen its huge expenditure costs and channel money into more productive sectors of the economy.

He suggested, “With our current heavy infrastructure debt financing and the low productivity in the local economy, the government needs to find a way of reducing its expenditures. We need to redirect the government’s finances to areas that are productive and borrow less for consumption.”