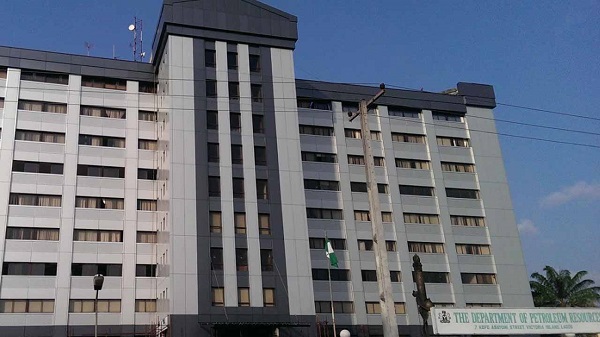 The Department of Petroleum Resources (DPR) has stated that the country needs over $2 billion monthly revenue to remain sustainable as a nation.

The Director, DPR, Sarki Auwalu, warned that without this monthly income, the economy would be in doldrums as over 70 per cent of the $2 billion is presently being realized through the nation’s oil and gas sector. Auwalu stated this at a DPR/ Nigerian Extractive Industries Transparency Initiative (NEITI) strategic engagement session in Lagos.

According to him, majority of the Foreign Direct Investments (FDIs) into the country are attracted by the nation’s competitive oil and gas sector while stating the Department’s plans to build more oil reserves in the country.

“In the upstream sector, we want to grow the reserves to 40 billion barrels and for gas, we want to hit 230 tcf. We already have capacity of about three million barrels per day, but we are not producing at that level and for midstream, we want to monetize the gas and we want to eliminate gas flaring,” he said.

The DPR boss reiterated plans of growing oil reserves and increasing production capacity through recovery factor by at least 5 per cent. He pointed out that since the establishment of the Nigeria Oil and Gas Excellence Center (NOGEC), the country had so far received at least $20 billion worth of investment proposal from foreign investors.

“Immediately after the commissioning of the excellence centre, a lot of investment houses across the borders of Nigeria indicated their interest to come into Nigeria because of the transparency and predictability of the nation.

“As it is now, the excellence centre is to drive value through safety and enhance cost efficiency. This attracted investors and as you can see, we put a lot of emphasis on data because it is an ingredient of decision making and ingredients of investors”.

He said the investment is coming from a lot of investors across the globe, stating their commitment to partner with companies that can prove their competence.

On the recently concluded marginal fields bid round, he said the Department is expecting an additional 100,000 barrels to be produced by 2024 even as more modular refineries spring up across the country.

Also speaking, the Executive Secretary, Nigerian Extractive Industries Transparency Initiative (NEITI), Dr. Orji Ogbonnaya Orji, said his visit to the Department is expository, adding that the Department has upgraded and now current with data and information.

He said in recent times, the Department has invested a lot on data, saying that the NOGEC centre of the Department has authorized lots of investment while also addressing the fears and concerns of NEITI on data in terms of crude produced, imported, exported, management of crude and tracking real time the development of the oil and gas sector.

“I think after the visit, our position and concern that we do not know how much crude oil we are producing have been substantially addressed. We raised alarm for processes to change, process lapses to be addressed and the DPR is on the verge of addressing that major gap,” he said.

He added: “We still have lots of challenges in terms of oil theft, outright sabotage and conspiracy against the whole process. This is still a huge challenge which requires lots of cooperation to address. I hope the work that is already ongoing should be completed full time and expanded to cope with the dynamic changes in the industry.”