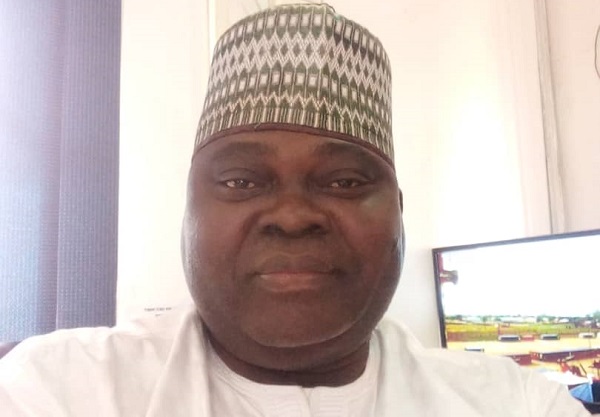 Mr. Rotimi Raimi is the Port Manager, Kaduna Inland Dry Port. In this exclusive interview with MMS Plus newspaper, he bares his mind on the business of dry port operations in Nigeria. Raimi reveals the modest successes recorded at the Kaduna dry port, highlighting numerous challenges and proffers solutions. Excerpts:

Kaduna Inland Dry Port (IDP) is the only functional dry port in the country at the moment. How have activities of the port fared so far, what was the 2020 record and what are plans for 2021?

We were able to achieve more than what we had in 2019 despite the coronavirus pandemic. In 2019 we had about 3900 twenty-foot equivalent units (TEU) and 2020 we had more than 4000TEUs. That’s about a 12.6% increase. Although the difference is not much but it’s commendable, given the economic challenges in 2020.

Last year, we weren’t able to export due to COVID-19. With congestion at the seaports, we had just been given pre-shipment inspection agents towards the end of last year. A circular went round about it. We’ve appointed a handler with international experience that just resumed last week.

Being the first dry port, we’re still faced with numerous challenges. Without addressing these challenges, there is no way IDPs can thrive in Nigeria. One of the problems is the Issuance of true bill of lading, I’ll say categorically the real IDP has not really commenced in Kaduna because dry port operation is supposed to be a direct true bill of lading. The port being a port of destination and port of origin; we’re not supposed to be using transire or subjected to processing in Lagos before coming down to Kaduna. The government needs to address that issue and I’ve also been clamouring for this. There’s a clear difference between someone that clears his/her goods in Lagos and Kaduna. It’s a pity even as we’re fortunate to be the first dry port we’re still experiencing this but for those who are coming behind us there must be an Act from the government to state how the dry port will work efficiently.

The regulator and stakeholders have approved a manual inland dry port operation handbook last year but we have a situation where an importer would still have to pay for deposit and demurrage for a little stay in Lagos for a container bound to Kaduna Dry Port.

How’s the rail connection from Lagos to Kaduna, does it aid your operations at the dry port?

Another issue is rail transportation which is very important. If you go to Kenya or South Africa, they’re using trains to move their cargoes because it reduces cost and it’s the easiest way of doing business. It gives that satisfaction and also leverages cost. In a situation where you’re taking a container by road with a cost of N1 million, whereas a train should charge less than N500, 000, it is bad for dry port business. If an importer uses a truck to transport his cargo from Lagos to KIDP then contracts another truck to take it to his warehouse, what is the essence of the dry port? There’s no benefit in using the dry port and that’s the double charges that I’m talking about.

On the issue of dry port levies, the government has to do a concession to dry ports. At the end of the day, if they’re charging up to N100, 000 as port levy, they can reduce it by 40% to make IDPs attractive to importers. If importers don’t see the benefit of using a dry port they will seize to patronize it. If we’re loading 100 containers in a month and train starts operations, the train can bring about 20% of the container for a start so that people will see that the train is working. That rain that is working outward to KDP, will carry the export back to Lagos and that will solve the problem they’re facing to move export which is the inaccessibility of the Lagos ports.

A lot of people will prefer to take their cargoes to Lagos for export and even the export we’re doing is supposed to be seen here because it’s the same Customs that is in Kaduna that we also have in Lagos. Now that they’re giving us the pre-inspection, what they need to do now is that where they’re doing the examination for import they should be able to put their name that it has been satisfied by them and their staff number. So if anything happens, it’s those whose names are seen that signed the papers that would be held responsible. The federal agencies that are recognized to be in the port in Lagos are also all  here too including the Police, State Security Service (SSS), NAFDAC, Customs and the likes, so why are we then making shipping a business not profitable for investors?

Do you mean storage charges paid at seaport terminals for consignments destined to Kaduna IDP?

Yes, we pay. We must clear with shipping companies. What stops the shipping company from allowing the container to get here then issue their shipping charges online to include in freight cost to Kaduna? They can have representatives here or maybe with Kano where they can release or employ people as agents to collate their original bill of lading, give instructions to them and they will be sending their bill lading since it’s human beings that will stamp and sign.

People can even pay online before they release the cargoes but the challenge is that everybody wants to use Lagos and it cannot be Lagos alone. You can look at Port Harcourt and observe that people are beginning to patronize the port. The volume of importation entering this country is increasing astronomically and experts predict that we have not seen anything. By the time AfCFTA starts there would be more problems.

I participated in the AfCFTA agreement meeting in Kaduna two days ago and I pointed it out to them that once the implementations start there would be more problems because of the volume of imports.

Does AfCFTA pose any business prospect in Kaduna?

There would be prospects because our population, Nigeria is a market and some countries cannot produce so if we really mean business, they would want to import from us. There are some countries that need our raw materials like Asbestos. Nigeria normally exports this to Egypt and Tunisia. The price of ginger has also doubled up due to COVID-19. In fact, I learnt that ginger, garlic and turmeric are good to treat COVID-19.

With AfCFTA, are there new business opportunities for the Kaduna dry port?

This trade agreement has just started but I have participated and I’ve met with the Secretary, the National Action Committee on AfCFTA.  We have created a platform “AfCFTA Shippers” where more than hundred people have joined. The idea is to collate contributions and suggestions on the new trade agreement.

Although many people talk about AfCFTA but it’s the shippers and Customs that I consider as the major stakeholders. There isn’t anything like total free trade, there will still be little duties or charges to pay. Customs should tell us how they will operate it. How can you do sensitization without bringing Customs officials?

If you go to Cotonou, you will observe that there is no rushing at the ports because you can clear your vehicles and pay your duty with ease. In Nigeria, when you are clearing your container through Customs at Tin-Can port, already Federal Operations Units (FOU) are out there waiting to disturb you and maybe you’re going to Ibadan you meet about 3 or 4 Customs departments along the road. This is so pathetic.

Infrastructural challenges at Kaduna dry port have also been highlighted as an impediment. What’s the situation today?

The road has not been completed and I can say it has been 80 percent completed. The Governor has sent some commissioners to assess the position. The governor has been very supportive. As a host State, he has done what he’s supposed to do. As a result of COVID-19, the contractors find it difficult to come back to site but I’m sure this year will be different because very soon the contractors will come back to site.

The State government has provided everything including water and light, if you see the lighting at night you will think that it’s an international airport. On our part, we also have every facility in place including a trailer park that can contain about 100 trailers and there is still room for expansion. We have a warehouse of about 4000 square meters but all these things have not been utilized because of the challenges mitigating the full commencement of the dry port.

The House of Representatives should create an Act backed by law to solve these petty issues I have stated earlier. Shipping companies should also be compelled to create a holding bay for consignment meant for the North. Usually the shipping companies will ask for money for keeping containers meant for dry ports but what they should have done is for the government to be able to intervene by creating a concession between the shipping company and terminal operator. Once they charge them, reduce something from it so that they can support the IDP operations. Shipping companies and terminals are in business, so they want a situation where dry port operations will jeopardize their business. It has to be a win-win situation.

On a weekly basis what’s the cargo traffic to Kaduna IDP?

On a monthly basis, we have about an average of 300 to 350TEUs, but that is not enough because our potential market is bigger. When you look at the position of Kaduna, it is at the center of the nation. Exports for the Northern region can thrive via this port. We should look at the easy way of doing business so that IDPs can thrive.

Kaduna IDP is the example that other potential investors in dry ports are looking at. Our success will spur more people to invest in dry ports. KIDP has been established since January 2018. This is 2021 and we are still carrying 150 containers. If the investors had borrowed money from banks to finance this project, would they be able to pay up with such operations?

Previous: How To Start Forex Business In Nigeria
Next: Amazon Invites Hundreds of US Entrepreneurs to Start Delivery Business 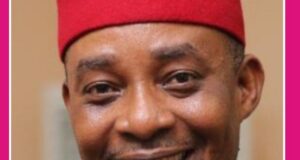 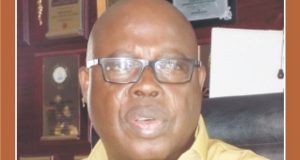 Why We Abandoned PAAR FoR Cargo Tracking Note(CTN)- Shittu 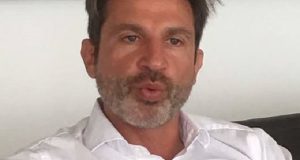 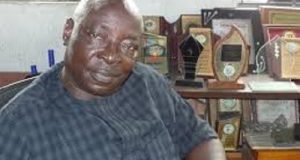 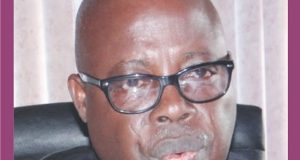 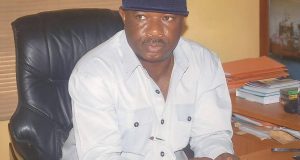 Why SON’s Return To Ports Would Benefit Freight Forwarders – Aniebonam