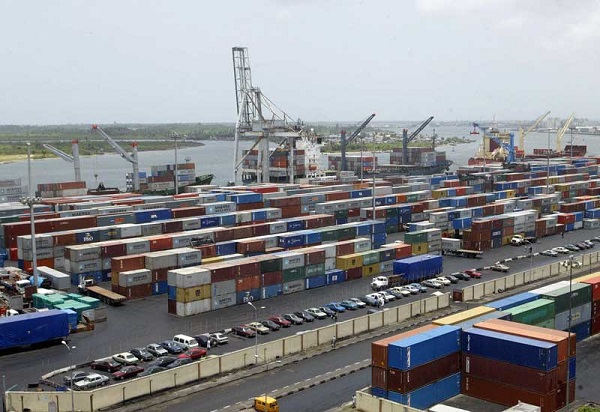 The absence of key logistics success requirements at the emerging Lekki Deep Seaport may have given maritime operators reasons to begin to lose confidence in the project as a game-changer as earlier dubbed and the result is the call on the Federal and Lagos State governments to recreate the Apapa Port by relocating Ajegunle city, a suburb in Lagos and build a modern logistics city.

This call featured at the June monthly Maritime Sector Break-Fast Meeting Series founded and anchored by the Nigeria’s foremost Political Economist and Management expert, Prof. Pat Utomi, who said the platform is meant to assemble stakeholders to interface with the Chief Executive Officers (CEOs) of agencies on a common ground to proffer solutions and resolve issues of concerns in the maritime industry.

The June meeting had operators in different subsectors of the maritime industry in attendance with disposition to discuss many challenges long incubated in frustration. The event was sponsored by Princess Vicky Haastrup, executive vice-chairman, ENL Consortium.

Over the years, the maritime sector with an annual N7trillion revenue generation and over 4million jobs creation potentials has remained the second largest revenue earner after oil to the nation’s economy but it is undermined in critical development policies and infrastructure provision to the extent that its noble contributions to the growth of the economy are contextually omitted in the national development index as often captured by the National Bureau of Statistics (NBS). This development has further created the palpable feelings of alienation in stakeholders who are already burdened by the distrust of the political elites associated with tidal and transactional  leadership in the sector, leaving  the industry in a state of recluse, uncompetitive and always in search of  solutions.

It is on this quest to recreate the industry that the monthly meeting of the “Maritime Intelligentsia” over breakfast may have found relevance, observers noted.

Speaking at the meeting, the President of Ship Owners Association of Nigeria (SOAN), Dr. Mkgeorge Onyung, said that the Lekki Deep Seaport is turning out to be the same thing as Apapa, “The only way to save Apapa port is to relocate Ajegunle. How much does it really cost to relocate Ajegunle? We can build a proper logistics city as it is located and have on 24 hours trailers loading and moving out of the ports. What we have now is Ajegunle port! And the Lekki port is turning out to be the same thing. And we can do the same thing at Lekki.”

“Nobody builds a port in the city. Go to Ajegunle anybody that has a Bungalow takes N25million and anybody with a story building takes N45million and you will get back the ports.” He said.

Onyung, in his speech called on the government to prioritize the shipping sector in the maritime industry, arguing that the Shipping subsector constitutes 98 percent of the maritime industry, while the non-shipping aspect constitutes only 2 per cent. “So, if we want to make progress we have to prioritize shipping. So this forum is important to articulate things from the operators’ point of view of what is to be done.”

Earlier at the event, the President of Women’s International Shipping and Trading Association (WISTA) Nigeria, Mrs. Eunice Ezeoke had said that Apapa port has expired, a position premised on the years of existence and functionality of the port from her personal experience as a former Port Manager, Lagos Port Complex (LPC), Apapa.

Speaking, however, with MMS Plus aside, Prof Utomi who had condemned the absence of synergy and collaborations between and among agencies of the government and stakeholders in maritime industry, said,” Sometimes, instead of cooperating, people tend to protect what is in their interests. And at the end everybody loses. We have abundance in mentality. We need to have the mentality to build and have win, win.”

On why he dimmed maritime sector very important for this meeting, he said,” When I started this in 1998 at the Lagos Business School (LBS), it was general. And it proved very useful as a source of intelligence for CEOs. But lately, I have been thinking that we should have sector-based ones and so we started with Maritime sector two months ago. Next month, we will start the one on aviation and I am going to focus only on these two sectors so that we don’t have problem of management.”

In his contributions, the immediate past Executive Secretary/CEO of Nigerian Shippers’ Council (NSC), Mr. Hassan Bello stated the need for cooperation among stakeholders.

“We need to identify stakeholders in the industry. In transport though, everybody is a stakeholder because it involves the movement of goods and passengers from one point to another. So all of us are stakeholders but there are critical stakeholders who fall into two categories which are internal and external. There seems to be no connection but there is little cooperation amongst them. Transportation means coordination.

“There should be cooperation between the public and the private sector. They are not in competition; they should be complementing each other but the private sector should be responsible. The meeting of the CEOs should continue and the Nigerian Port Process Manual (NPPM) is another platform that brings all the stakeholders together and through that the problem of joint boarding of vessel is being solved. We need to do away with territorial proclivity and not operate in silos. We should translate our activities into real maritime economics.

“And this breakfast series should identify stakeholders and then call on them sector-by-sector and sometimes mix them. I think it should be ranked so that values can be measured. If we say we are going to rank the activities of Stevedores, Labour, Terminal operators or regulations in Shippers’ Council, the operators and agency will sit up,” he added.

Also, the Chief Executive Officer of Sea Transport Services Nigeria Limited, Mr. Aminu Umar identified that there is a gulf between the public and the private sectors in the industry, advising that they should work together. He said the public sector is supposed to be playing a supportive role to the engine and driver of the economy which is the private sector.

He said, “So, the series should be a platform to engage the public sector, the legislators and let them realize that we are partners and should be seen as solution providers. Let the private sector do less on criticizing the public sector so that we can all achieve our aims”.