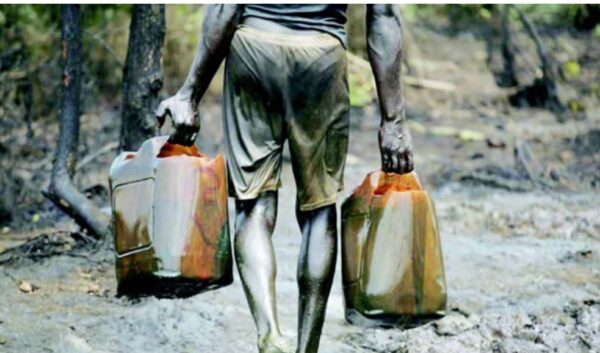 The crew of the crude oil carrier, MT Heroic IDUN has asked a Federal High Court sitting in Abuja to stop the Federal Government from “illegally” executing their “extraordinary rendition” of the vessel from Equatorial Guinea to Nigeria.

Media earlier reported the vessel, which can lift about three million barrels of crude oil, was seen around Total Energies Safe Anchorage operated by Akpo Field on August 7 but evaded arrest in Nigeria and fled to Equatorial Guinea, where it was later arrested.

There were speculations at the time that the vessel had lifted crude oil from the oil field.

However, the Navy admitted that the vessel arrived at Akpo Field at midnight on August 7, 2022, with the obvious intention of lifting crude oil within the field but had no chance to load before being accosted by the Nigerian Navy Ship Gongola at the oilfield terminal.

A source told our correspondent that Equatorial Guinea agreed to hand over the vessel to Nigeria on November 6 for further investigation after two months of diplomatic negotiations.

Meanwhile, the claimants told the Abuja court that because there was no extradition treaty between the two countries, any alleged attempt to pressure Equatorial Guinea to extradite them to Nigeria would be illegal and violate their rights under Nigerian and international law.

Through their lead counsel, Babajide Koku (SAN), the crew prayed for the court’s intervention.

They recounted as false the Nigerian Navy’s claim that MT Heroic IDUN attempted to illegally load crude oil from Akpo Terminal in Nigeria, noting in particular that the Navy admitted in a statement on August 19, 2022, that it found no crude oil on MT Heroic IDUN.

They added that the vessel and crew were unlawfully arrested by the Equatorial Guinea Navy under pressure from the Nigerian Navy.

The MT Heroic IDUN, with 26 persons onboard, comprising 16 Indians, eight Sri Lankans, one Polish national, and one Filipino national, was arrested on August 22, 2022, by the Equatorial Guinea Navy shortly after the vessel left Nigerian waters.

Fearing their unlawful removal from Equatorial Guinea to Nigeria on the Nigerian Navy’s request, the 26 applicants and the vessel filed a fundamental rights enforcement suit marked FHC/ABJ/C8/2058/2022.

The Federal Republic of Nigeria, the Attorney-General of the Federation, and the Nigerian Navy are the respondents.

The applicants averred in an affidavit in support of the originating application, that “on July 18, 2022, the charterers of the vessel requested a Letter of Comfort from the owners for loading at Akpo Terminal in Nigeria (Terminal) with laycan (dates for loading) of August 17 and 18.

“On August 4, 2022, the charterers and sub-charterers instructed the vessel to proceed to the terminal and, following that, to Ceiba Marine Terminal to load a cargo of crude oil and then to Rotterdam in Holland to discharge the cargo. The lay date was then set or narrowed to August 8, 2022.”

They further averred that the sub-charterers, BP, likely failed to inform the terminal of this change and/or to ensure that the correct paperwork was in place.

Though admitting that the Nigerian Navy told them at about 9pm to follow it to the Bonny Fairway buoy for investigation, MT Heroic IDUN, however, stated that it declined because its master feared that moving close to the Nigerian shore at night was too risky because of piracy concerns.

“There was also confusion over the name of the Nigerian vessel, which at that time was misspelt “Agola” and could not be found on Google as a registered naval vessel,” they added.

The claimants averred further that the interdiction by Equatorial Guinea was unlawful and breached United Nations Convention on the Law of the Sea Articles 58, 87, 97, and 100 relating to innocent passage and the right to be on the high seas without interference.

Meanwhile, the Nigerian Navy Chief of Policy and Plans, Rear Admiral Saidu Garba, said, “The brazen act of defiance to constituted authority by the captain of the vessel necessitated the Nigerian Navy to invoke the collaboration of neighbouring Equatorial Guinea through the Yaoundé Architecture to arrest the vessel as we noticed that it stopped making way in the Equatorial Guinea waters.”