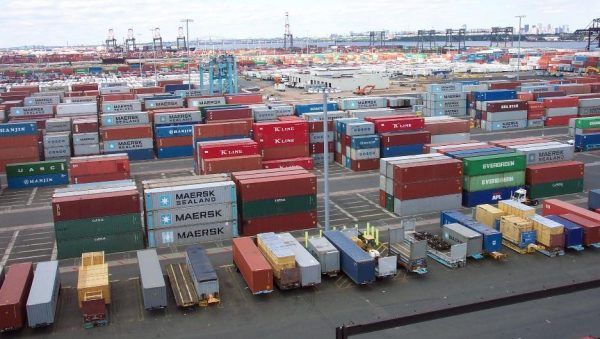 Some of the port terminal operators may lose their terminals as a result of their indebtedness to Nigerian Ports Authority(NPA), a source has disclosed to MMS Plus.

It was learnt that the presidency frowned at the debt profile of the terminal operators as revealed by the Office of the Auditor-General for the Federation report, and may issue directive for further action.

The source argued that it is only a compromised Nigerian Ports Authority(NPA) that can condone such breach in agreement, saying that Federal Government must not be seen to be partial.

He recalled that Aulic Nigeria Limited was stripped off Lagos International Trade Fair Complex(LITFC) concession because of payment breach.

He further alleged that “there are a lot of secret dealings going on in that port concession arrangement. We were not surprised that even the Managing Director of NPA is seeking external help to recover funds due to government.”

The situation seems precarious now for some of them who are negotiating for contract extension and renewal as government could use this loophole to revoke their concession contract.

NPA) had revealed that 18 terminal operators at various ports in the country were owing the Federal Government $753 million and N1.61 billion which is N490billion.

This was down from the $852.094 million and N1.878 billion presented in an Audit Query presented to the  House of Representatives by the Office of the Auditor General for the Federation(OAGF)

The query revealed that the funds were being owed as at December 31, 2019.

The report of the OAGF was based on alleged non-compliance, internal control weaknesses issues in Ministries, Departments and Agencies of the federal government of Nigeria for the year ended 31st December, 2019.

In the documents submitted to the House Public Accounts Committee as part of its response to the investigation, the NPA management confirmed that the original debt owed the Federal Government by the port operators stood at $852,093,730.77 and N1.9m

It however disclosed that out of the initial amount owed by the Terminal Operators, $753 million and N1,6 billion remains outstanding and have not been paid.

The Managing Director of NPA, Mohammed Bello-Koko had during his appearance before the Committee lamented the billions being owed to the Federal Government by the Terminal Operators and other industry players in the maritime sector.

He added that despite its efforts, the NPA was unable to recover the debts and therefore sought the assistance of the Federal Ministry of Finance

While this development has thrown up concerns in the sector, some of the terminal operators have explained why they owe the government as some tried to controvert the figures claimed as debt profile.

Speaking with MMS Plus,the managing director of one of the terminals  explained why they could not meet their financial obligations. “The reason may be due to COVID-19. You know COVID-19 created global economic recession. So it could possibly be one of the reasons.

“And some of those debts could be as a result of unfulfilled obligation from NPA. It takes two to tango. You run a concession based on projections and that projection is based on some assumed conditions. And if those conditions are not in place, it’s difficult to realize those projections. For example, projection based on NPA is going to dredge your channel, and NPA did not dredge. So tell me how you will not fall short of your expectations?

“So it is a function of many factors including legislation too. Government banned some items from import. It proposed a ban on tokunbo cars or something like that. And so it is expected that people in Ro-Ro terminal, definitely, will be affected. It is going to affect their projections, when the items that are coming are now put on the import prohibition list.

“Because under the concession agreement, there are some payments you must make, they become like a fixed cost. The moment concession starts running, for example, the lease fees, whether you work or not, at the end of the month you are supposed to pay that commitment of lease fees you promised of paying. But those lease fees are predicated on some conditions that will actually help you to realize them.

“If those conditions are not realizable, it will be difficult for you as a terminal operator to meet the projection. Look at the case of vehicles at the Roll-on Roll-off (Ro-Ro) terminal; you know there was a time government banned some vehicles and later they introduced age limit from some period.  For a terminal that is a Ro-Ro terminal, there is no way such terminal will not owe debt.

“May be you are a bulk terminal operator and some of those items that are supposed to come to your terminal are on the import prohibition list. The cause of the selective banning of some items is because of the need to preserve foreign exchange. These are some of the factors that could also contribute to the indebtedness. But as far as NPA, is concerned, those commitments you made are sacrosanct. So they hold you by it, whether condition agrees or not. These are the factors. But all the same, it is a learning curve for everybody until the review of the concession agreement,” the man concluded.

Report emerged later in the week quoting  an official of the NPA to have said that the claims of the Auditor-General report of 2019 did not reflect the current position of concessionaires’ indebtedness to   NPA .

“It is very important to note that the uncollectible debts are the summation of GMT stated above (a performance metrics), which the terminal operators could not meet mostly because of change in government policies (issues such as force majeure, infrastructure decay, poor road network outside the port and others.”

He also pointed out that some of the debts were legacy debts “being owed by a government agency which metamorphosed into a limited liability company and for which the Authority is working out modalities with the relevant parties to recover accordingly.”

He expressed optimism that with the Authority already at an advanced stage of talks to resolve the disputes surrounding these amounts, there would be “a resolution and recovery of what is due to NPA by the end of the year 2022.”

The NPA  official  hinted about the setting up of an inter-agency committee comprising NPA, Federal Ministry of Transportation (FMOT), Federal Ministry of Justice (FMOJ), Bureau of Public Enterprises (BPE) and Infrastructure Concession Regulatory Commission (ICRC), with the task to undertake a review of the Concession Agreement which has led to some of the anomalies.

MMS Plus findings have revealed that this committee has been there for about eight years now and bugged by the worst bureaucratic bottleneck in bureaucracy with the exclusion of the critical agency in the new port order with economic regulatory powers.  Maritime stakeholders are wondering why a concession agreement review has become a political game, leaving a trail of suspicion of compromise.

Worried by this seeming antics, the Minister of Transportation, Engr. Muazu Sambo had given NPA  45 days on August 12, to produce  the reviewed concession agreement warehoused all these years while port operations and community  degenerates into  a lawless enclave.