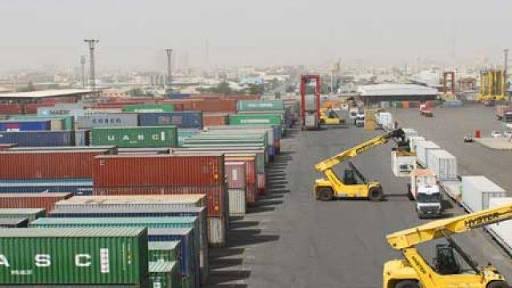 Mixed fortunes have been trailing the Inland Dry Port (IDP) projects championed by Nigerian Shippers’ Council (NSC) across the nation as only Kaduna Inland Dry Port is currently functional yet with rail limitations.

NSC has acknowledged that “the development of Inland Dry Ports (IDPs) has also been very slow but we are reviewing them. We are reviewing the business case outline for the project in Isiala-Ngwa, Abia State. However, you also have to note that these are private projects and some of them have low capacity”.

Although Shippers’ Council had threatened to withdraw licenses of some dry ports for lack of dexterity in the first quarter of this year, the COVID-19 pandemic, resultant lockdown and multiple uncertainties availed the dry ports more time to revive the projects.

There are indications that the Kaduna Inland Dry Port may soon lose its status as the only functional dry port in the nation going by the developments at other locations, whilst political brawls and infrastructure constraints limit some IDPs.

Last week, Dala Inland Dry Port in Kano State made headway as the Kano State Governor, Dr. Abdullahi Umar Ganduje displayed his commitment to the project with a visit to the headquarters of NSC to discuss the level of preparedness of the state.

However, the Atlantique Marine and Engineering Services (AMES), promoters of the AMES Edo Inland dry port located in Benin City, Edo State, have been rocked with the absence of rail connection a major impediment as the area isn’t on the nation’s rail network. But the Federal Government has granted it a conditional approval to enable it consummate its foreign investment deals.

The Federal Ministry of Transportation recently conveyed the approval to the promoters as the state Governor, Mr. Godwin Obaseki who was said to have been elated has pledged the full involvement of the state in facilitating the completion of the project.

Speaking with MMS Plus newspaper last week, the Executive Secretary of NSC, Mr. Hassan Bello stressed that the Edo project had an uphill task to get rail connectivity despite the huge potential of the project.

According to Bello, the current status of the port and delays in getting an operational license from the Federal Government are connected to the absence of rail.

The NSC boss, however, noted that the Minister of Transportation, Hon. Rotimi Amaechi had created a soft landing for the Edo dry port project as he assured that the facility would obtain license as soon as it reached 60 percent completion.

Speaking on the Abia State dry port project, Bello noted that political fracas between the concessionaires and the Abia State government had stalled the project.

He said: “We still intend to have a meeting with the concessionaires in Isiala Ngwa because they were the first to develop their investment. They were the most enthusiastic as they even paid the compensation themselves instead of waiting for the government. It is unfortunate that things didn’t work out as planned because of their relationship with the government. In Kaduna State, for example, before we asked they availed the land because they know the economic benefits.”

For Ibadan Dry Port, the NSC executives would be visiting the State Governor this week as Bello noted that the Council was concluding negotiations with the preferred bidder, the China Railway Construction Corporation Limited (CRCC).

“The Ibadan dry port is a $100milion facility which could take 80,000 twenty foot equivalent (TEUs) capacity. It would bring jobs, opportunities and also be export driven. The project is by the Ibadan new rail and it is the same company that is building the rail,” the NSC boss said.

However, there are speculations that Kaduna dry port wouldn’t be able to handle the volume of cargoes that would spring up after the railway is reopened as more shippers are expected to route their cargoes via Kaduna.

The NSC Executive Secretary also affirmed that the cargo traffic to Kaduna dry has recorded steady increase every quarter and every year.

In a bid to ensure that the Dala Inland Dry Port realizes its enormous socio-economic potentials, the Governor of Kano State, Dr. Ganduje has appealed to the Ministry of Transportation to ensure the Kano dry port attains port of origin and port of destination status across the globe.

Ganduje, who was speaking during a visit to the headquarters of NSC last week, also stressed the need to have railway connection to the inland dry port.

While assuring the Transport Ministry and Shippers’ Council of his administration’s commitment to facilitate the dry port project, Ganduje noted that the State government had already commenced the construction of standard dual access roads to the dry port.

He revealed that the State government had provided the 200 hectares of virgin land free of encumbrances required for the two integrated projects; the Inland Dry Port and the Special Economic Zone.

“We also provided critical infrastructure required for the project, notably: construction of standard dual carriage access road to the project site; provision of power and water to the slte, among others.”

According to the Kano State governor, the dry port project wouldn’t only be beneficial to the state and its citizens but the entire Northern region of the country.

Earlier, the Executive Secretary of NSC, Bello described Kano State as a centre of trade and commerce in Nigeria over the years, adding that the State’s economic viability makes the Dala Inland Dry Port very significant.

Bello said, “If there is a place that deserves the establishment of an inland dry port, it must be Kano State. Three years into your administration as Governor, you have revived this Dala Inland Dry Port project. I’m not surprised because you have proven results across the state which show that you’re more of an economic Governor than a political one.”

He commended the Governor for the over N2billion access road which was over 50 percent complete as well as the provision of electricity and water supply.

The NSC boss stressed that an industrial base was emerging in Kano State as the power projects, Inland dry port and other transport infrastructure would lead to significant growth in the state’s economy.

Meanwhile, the Director General of ICRC, Mr. Chiro Izuwah expressed optimism that the Dala Inland Dry Port project would get the approval of Federal Executive Council (FEC) by December, 2020.

Izuwah, who was represented by the ICRC Director for Transport Infrastructure, Mr. Emmanuel Onwodi noted that the pending issues with the concessionaires include; the full Business Case, new concession agreement, structure of shareholders’ stakes among others.

The ICRC Director also expressed delight at the project, assuring that Kano State Government and the concessionaires of the dry port would get all the support required from ICRC.

Meanwhile, the Minister of Transportation, Amaechi pledged the support of the Ministry towards the realization of the dry port project.

Amaechi, who was represented by the Director of Maritime Services, Ministry of Transportation, Mr. Dauda Suleiman reiterated the Federal Government’s commitment to link all seaports and dry ports with railways.