At the 2015 electioneering campaigns, President Muhammadu Buhari had flaunted the change mantra as he promised to right all wrongs wrought on Nigeria by the Goodluck Jonathan administration as he had claimed.

President Buhari stated that he would improve power supply, provide employment for the large army of graduates roaming the streets, develop the nation’s economy; he even promised to pay five thousand naira monthly to each of those who would remain unemployed; security would be adequately tackled as Boko Haram would be routed out of existence; social infrastructure would be provided in good measure, among others.

At that time many Nigerians bought into the change mantra because they genuinely wanted an end to the Goodluck Jonathan and Peoples Democratic Party’s led government which had ruled the nation since 1999. The reasons for this were as plausible as they were glaring: non-availability of petroleum products, irregular and very poor power supply, the orgy of crime and criminality with kidnapping were rife and the nation’s economy was steadily declining. To make matters worse, the advent of Boko Haram and the abduction of 219 Chibok girls in Borno state as well as government’s seeming insensitivity and incapacity to deal with the issue motivated the electorates to give another party a chance.

Therefore, Nigerians were relieved when Muhammadu Buhari was declared winner of the 2015 election and sworn in on May 29, 2015. Two years later, several sectors have begun to appraise the impact of the new administration. Subsequently, it became pertinent to look at the maritime sector in a bid to evaluate this administration.

The economic challenges facing Nigeria are too numerous to mention, but the maritime sector has been tipped to dissipate the fiscal woes facing the nation. Nevertheless, the nation’s seaports encounters multiple challenges ranging from the low draft level of the seaports, deficient infrastructure, poor state of the port access roads, and most significantly, the high cost of using the ports occasioned by corruption, turnaround time, strenuous import/ export procedures, multiplicity of government agencies at the ports, among others. How has the President Buhari administration been able to bring the ‘change’ to the nation’s blue economy?

MMS Plus reached Professor Fidelis Oditah, a Senior Advocate of Nigeria (SAN) and legal counsel to  Lagos Deep Offshore Logistics Base (LADOL), who said the maritime sector has been challenged under President Buhari’s administration.

Prof. Oditah said, “Most of the challenges under the current administration have been induced by regulatory and policy failures. The maritime sector is beset by corruption and incoherent policies but the nature of maritime investments is long term. For example,if you invest in the port infrastructure, you expect that it would take a number of years to get the returns on your investment but if there is a policy summersault, you find that you have made investments on policies and assurances which now prove to be wrong.”

Prof. Oditah said there was a need for stabilization provision by the government because investors in the maritime sector make their calculations and projections on the basis of certain regulatory regime. He stressed that foreign investors in the maritime sector have been able to demand some level of stability in policies whereas domestic investors haven’t been afforded the same privilege.

In his appraisal, he said that the maritime sector has underperformed under the current administration but he noted that the recent economic recession also contributed to the low patronage of port facilities for import and export.

“We know that the nation’s economy has been on a decline and this also affected the maritime sector, nevertheless, the government has a responsibility that can prevent issues that create a private monopoly. The biggest problem we have as a nation is the public service as the government lacks the willingness to carry out its objectives” Prof. Oditah added.

Meanwhile in her contribution, the National President of the Nigerian Association of Chambers of Commerce, Industry, Mines and Agriculture (NACCIMA) Mrs. Iyalode Alaba Lawson commends the current administration for setting up the Presidential Enabling Environment Council (PEBEC) to institute reforms aimed at improving the efficiency of port operations.

“The Federal Government of Nigeria has made efforts to come up with the policies being implemented in several areas, and the Management and Staff of Nigeria Port Authority have been working with the Presidential Enabling Environment Council (PEBEC) to institute reforms aimed at improving the efficiency of port operations.”

“Notable and commendable among these reforms are the initiatives mandating the use of pallets for import: the provision of advanced cargo manifest: and the scheduling and coordination of join physical examination of cargo in conjunction with the Nigeria customs service (NCS). All reforms expected to improve Nigeria ranking on Trading across Borders index. My commendation further extends to the possibility of partnership and technical between the Nigeria Ports Authority and Port Miami as should further improve port efficiency.” She said.

However, she called on the Federal Government to look into renovating and upgrading the facilities at the Port Harcourt port to ensure its full utilization.

“If other ports such as the Port Harcourt and other Eastern ports are properly improved upon it will definitely enhance the ease of doing business in the nation, especially as it affects the port sector. NACCIMA will continue to advocate and promote policies that ensure the creation of a conductive atmosphere for the pursuit of commerce, industry and all other forms of economic activity of interest to the private sector” she added.

Meanwhile, the Vice Chairman, Senate Committee on Land Transport, Ovie Omo-Agege assured that the lawmakers are ensuring laws are put in place to attract foreign investors and protect their investments.

He said that the Senate has moved to re-engineer the maritime sector by passing the Nigerian Ports and Harbours Authority (NPHA) Bill to promote responsible and globally competitive shipping operations in Nigeria.

Omo Agege assured that the Ports and Harbours bill guarantees the security and enabling environment required for businesses to succeed in the maritime industry.

“The new Ports and Harbours bill encourages greater private sector participation in the maritime industry through sustainable infrastructural investment. It is an open invitation to smart and organized global maritime investors to come to Nigeria to harness great opportunities.” Omo-Agege said.

However, the President of Manufacturers Association of Nigeria (MAN) Dr. Frank Jacobs who was speaking during a business meeting between NPA and the Port of Miami last week, highlighted the launch of Standard Operating Procedures (SOPs) for organizations at the ports as one of the highpoints of current administration.

He posited that this development would go a long way to hasten port operations and create a transparent and accountable environment.

SOP is a document that shows the modus operandi of an organization and all government agencies and stakeholders at the Ports under the platform of Ports Sector Corruption Risk Assessment (CRA) published their SOPs in a unified process document to improve the level of transparency and predictability of port services. On the other hand, Port Service Support Portal (PSSP) is a web portal where port facility users and other stakeholders could make complaints about services.

Nigeria’s maritime industry is in a situation where everything can be summarized to be ‘work-in-progress’. Until we start to see real work done, we really can’t point-out our developments in transportation and maritime sector. At this point the maritime populace who voted in President Buhari have become worried that the sweeping changes envisaged when they cast their votes are yet to materialize. It’s only two years one may say, two years full of economic challenges, such as forex challenges, rise and fall global oil prices, etc., but the two years is half way into President Buhari’s government and the nation needs to see changes. 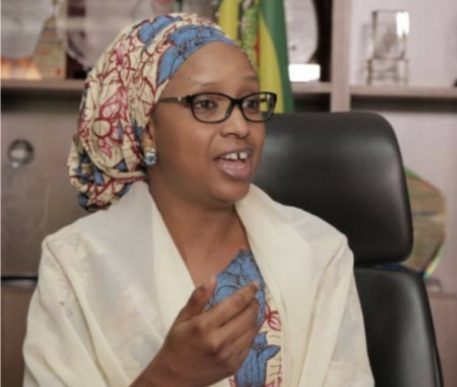 How We Have Been Managing NPA – Hadiza 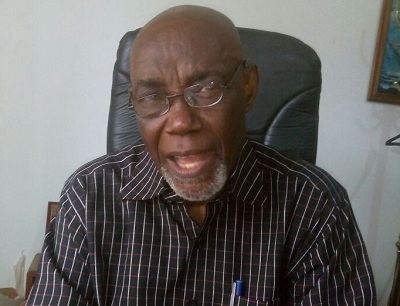 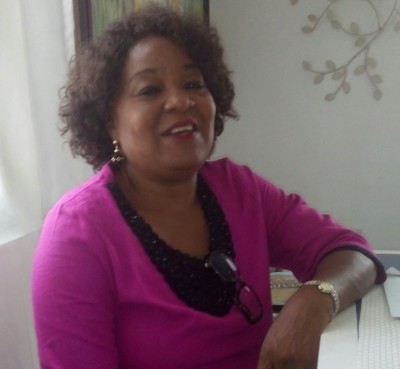 How I Managed Nigerian Billionaires At Chamber Of Shipping  – Ify Akerele 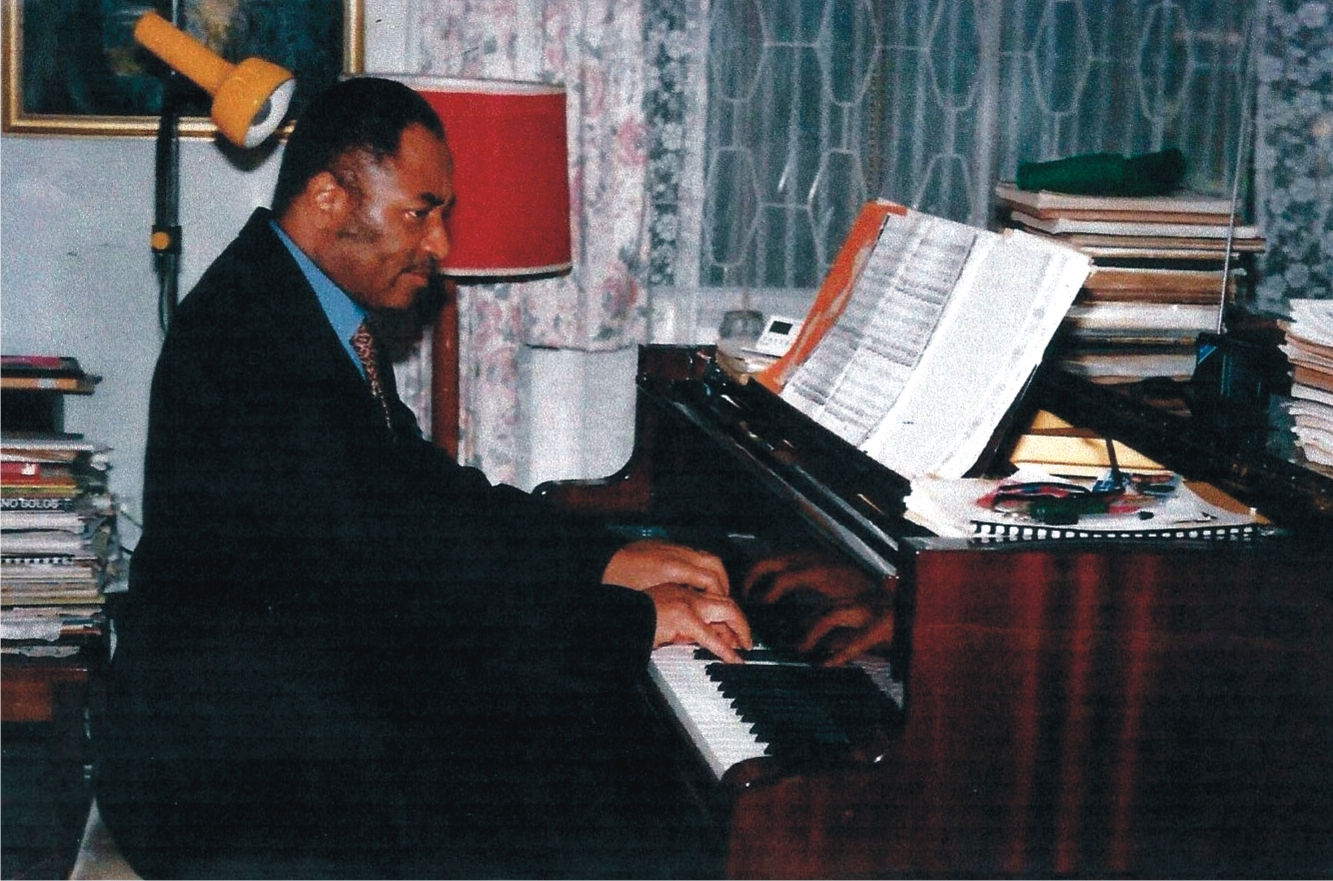