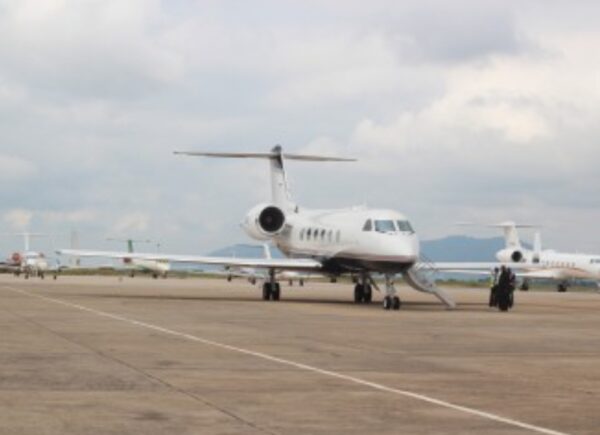 The Federal Government said on Monday that the Lekki-Epe international airport, upon completion, would cater for about five million air travelling passengers around Lekki, Ajah, and Epe axis of Lagos State annually.

This was as Lagos State officially received the Federal Government’s instrument authorising it to commence the airport project.

While officially handling over the approval  letter for development of the  airport to the Lagos State Governor, Babajide Sanwo-Olu on Monday at the opening ceremony of the 2022 edition of the Lagos Economic Summit tagged, ‘Ehingbeti’ in Victoria Island, Lagos, the Aviation Minister, Hadi Abubakar Sirika,  said the state was qualified to embark on the project, looking at the cosmopolitan nature of Lagos.

He said the proposed airport was crucial for the Lagos economy, especially as the state embarked on its 30-year development plan to make it the model mega city in Africa and one of the best in the world.

“The airport would be effective in linking Lagos with Africa and the rest of the world, through the aviation industry. Hence, aviation has the uniqueness to link markets and opportunities, which Lagos can offer.

“The Lekki airport is the appropriate step in the right direction.”

The Co-chair of Ehingbeti 2022, Mary Iwelumo, said Ehingbeti was an important platform for private and public sector stakeholders in Lagos State to engage around the state developmental agenda as it continued to be an invaluable tool for molding the growth ambition of Lagos, having birthed several landmark projects in the state.

Iwelumo , said, “It is the intention of the economic summit group to introduce and officially launch the Lagos State Development Plan(LSDP 2052) –  a holistic plan that clearly articulates initiatives that will guide the State’s ambition of becoming Africa’s Model Mega City, a Global, Economic and Financial Hub that is Safe, Secure, Functional and Prosperous.

“With the growing youthful and vibrant population, there is no slowing Lagos down. Case in point, this year, based on the number and quality of start-ups, the Global Start-up Ecosystem index ranked Lagos as 81 of the top 1,000 startup cities, reflecting a +41 shift from its position in 2021.

“This is a substantial milestone as it is the first year where an African city (Lagos) made the global top 100 list. This is just one of many milestones recorded in Lagos. These successes will result in the migration of more people into the State. As Lagosians, we must be ready for this influx.”

According to the PWC partner, the LSDP 2052 was a plan for Lagosians by Lagosians and it was expected to play an integral part in galvanising the vibrancy of Lagosians, thereby sustaining the state’s growth trajectory for the next 30 years.