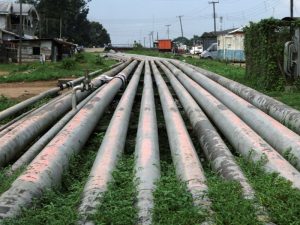 Nigeria may have lost out on a multi-billion dollar oil pipeline contract following the decision of Chinese investor to move the project to neighbouring Niger Republic after it reportedly first tried to site it in Africa’s most populous country.

The China National Petroleum Corporation (CNPC), now known as China Petroleum Pipeline Engineering Co. Ltd. (CPP), has commenced works on the construction of a 1,980km, 20-inch-diameter pipeline that will carry crude from the Agadem Rift Basin (ARB) fields in Niger Republic to the Republic of Benin’s Atlantic oil terminal in Sèmè-Kraké port.

Known as the Niger-Benin Export Pipeline (NBEP), the pipeline, valued at $7 billion, which was launched by the Niger and Benin governments last month, will run from Agadem in Niger to the Republic of Benin.

There are strong indications that Nigeria has lost out on the huge economic gains that would have accrued to the country and its teeming citizens from the multi-billion dollar crude oil pipeline with the government of Niger Republic and the Chinese government.

Findings, however, revealed that the crude oil export pipeline project, which is now planned to run from Niger Republic to Port Seme on the Atlantic coast in Benin, was originally planned with the Nigerian government.

Sources familiar with the transaction revealed that the China National Petroleum Corporation (CNPC) now known as China Petroleum Pipeline Engineering Co., Ltd. (CPP) has been trying since 2006 to build a pipeline linking oil fields in Niger to the coast.

According to sources, outcry by some Nigerians about the pipeline project may have led to the decision by the government of Nigeria to decline the deal with China.

The pipeline would enable the transportation of all the proven crude reserves in Niger for export in order to earn foreign exchange for the Niger government and the promoters.

Recall that the CNPC had in 2006 offered $102 million at the auction organised by the Bureau for Public Enterprises (BPE) to privatise the Kaduna Refinery, but Nigeria declined.

The source revealed that the CNCP had planned to buy the Kaduna Refinery, rehabilitate it and then construct a pipeline for Niger Republic to supply crude oil for refining to the refinery.

After the failure to secure the plan with Nigeria, the CNCP was said to have moved on to plan the Niger-Chad Oil Pipeline, which would have connected Chad with the Chad-Cameroon Oil Pipeline, but that plan was abandoned, reportedly because of a ‘poor experience with Chadian authorities.

The official explanation given for the project’s cancellation was concerns about attacks by Boko Haram in the Lake Chad area.

After that plan began to unravel, CNPC pursued an alternative plan to route a pipeline to the coast through Benin.

In January 2019, Niger Republic’s minister of petroleum resources and Benin’s minister of water and mines signed a bilateral agreement for the construction of the pipeline, and later in August the CNPC signed a contract with the government of Benin to build and operate the Niger–Benin pipeline.

The 1,982-km, $7 billion pipeline would start from the Agadem oil field in Niger, connect with the CNPC-built refinery at Zinder, Niger, and end at the port of Seme Terminal in Benin, allowing CNPC to export Nigerien oil.

In September 2019, CNPC signed a transportation convention with the two governments and began construction, with Nigerien President Mahamadou Issoufou laying the first stone and giving the project a full-throated endorsement.

In February 2020, CNPC suspended all construction work due to the COVID-19 pandemic. With coronavirus affliction raging in China, CNPC was unable to transfer employees from China, and was worried about the disease spreading among construction workers.

In October 2020, it was reported that CNPC had started detailed designing of the pipeline, and that a consortium of CNPC-related companies had completed the engineering of the onshore section of the project, including 675 kilometres that will run through Benin and 1,275 kilometres through Niger.

Experts believe Nigeria would have benefited immensely from the transaction if it had gone through in the country, in terms of easier access to premium motor spirit for use in the country, as well as the huge opportunity for employment for the nation’s teeming youths. All these benefits will now go to Benin Republic

In his reaction, Adigun Ademola, oil policy analyst with the Facility for Oil Sector Transparency and Reform (FOSTER), said it is a huge loss to the country that has a huge infrastructure gap in the oil and gas industry.

Ademola said, however, that Nigeria may have rejected the deal due to unfavourable contractual terms; nevertheless, the project would have offered great opportunity to optimise industry operations and opportunities.

Another respondent who would not want to be named said the government may be cautiously disengaging itself from huge financial indebtedness to China.

The source curiously linked Nigeria’s rejection of the deal to the current delay by Chinese lenders from releasing critical funds for the Ajaokuta-Kaduna-Kano pipeline completion.

It was learnt that the federal government is seeking a $1 billion loan so that work can continue on the gas pipeline that will cost up to $2.8 billion after Chinese lenders, which had pledged to offer most of the funds,p did not disburse cash as quickly as expected.

It is the latest sign of falling Chinese financial support for infrastructure projects across Africa, after years of major Chinese lending for railway, energy and other projects.

A spokesman for the Nigerian National Petroleum Corporation (NNPC), which is building the 614-km (384-mile) Ajaokuta-Kaduna-Kano (AKK) pipeline, said it was still negotiating with the Chinese lenders – Bank of China and Sinosure – to cover $1.8 billion of the project cost.

“There’s no cause for alarm,” the spokesman said, without saying whether NNPC was turning to other lenders.

But the three sources told Reuters that the company was now approaching others, including export-import institutions, to continue work on the pipeline that will run through the middle of the country to its northern economic hub, Kano.

Chinese lenders had originally been lined up to fund the bulk of the estimated $2.5 billion to $2.8 billion cost of the project, which is central to President Muhammadu Buhari’s plan to develop gas resources and boost development in northern Nigeria.

NNPC, which was funding 15 per cent, said last year it had used its own funds to start construction. The sources said the Chinese lenders would not agree to disburse the cash NNPC had expected by the end of the summer, prompting it to turn to other sources.

“They are looking at Nigeria as one loan, and right now they feel they are too exposed,” one source said.

Bank of China said it would not comment on specific deals. Sinosure did not respond to a request for comment.

The Nigerian ministries of Transportation, Finance And Petroleum also did not reply to requests for comment.

Chinese bank lending to African infrastructure projects has fallen across the continent, from $11 billion in 2017 to $3.3 billion in 2020, a Baker McKenzie report said in April.

With the continent facing an estimated annual $100 billion infrastructure deficit, the loss of Chinese funding leaves a big gap to fill.

Nigeria began building the AKK pipeline in June 2020, saying it would help generate 3.6 gigawatts of power and support gas-based industries along the route. The project was to be funded under a debt-equity financing model, backed by sovereign guarantee and repaid through the pipeline transmission tariff.

Transportation minister Rotimi Amaechi said earlier this month that Nigeria was negotiating a mix of loans from Chinese and European Lenders to fund railway projects, after media reports said it had initially planned to rely primarily on Chinese banks.

The former president, National Association of Master Mariners (NAMM), Ade Olopoenia, said Nigeria was supposed to be a port of destination for landlocked countries like Chad and Niger Republic but inefficiency on our part has cost us that status.

Olopoenia in a chat with LEADERSHIP Sunday said there may be an agreement between Nigeria and Niger Republic but there will be a clause that will help end the pact if certain conditions are not met.

He said, “It is as a result of what is happening in Nigeria ports that has made Benin Republic to be receiving Nigerian cargoes because of its efficiency and its lower tariff plans. They will prefer to spend less and enjoy more in Benin Republic than to come to Nigerian Port to export crude and pay more.”

He also said since Nigerian pipelines are not safe from vandalisation, Niger Republic may be skeptical about using our port for export.

“Nigeria-owned pipelines are not safe from vandalism. Products are being vandalised and this leads to malfunctioning of the pipelines. That may be another fear. Due to insecurity, they may be scared of investing heavily in Nigeria. So, they needed a safe place to export their crude and if they can’t find it in Nigeria, they will look for another option,” he said.