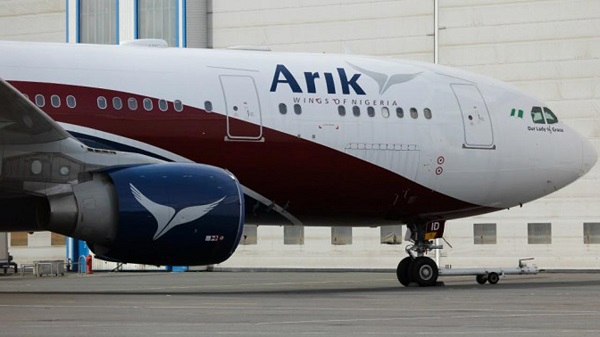 The negotiation between workers of Arik and the management has slowly nosedived into a deadlock, The Punch reported.

It was gathered that none of the conditions which caused the staff to embark on a strike action on September 14th, 2020 had been met.

The Chairman of the Air Transport Services Senior Staff Association of Nigeria, Arik Air, Innocent Atasie, said the workers were offered 50 per cent of their basic, transport and housing allowances as terminal benefits.

Atasie also alleged that some of the staff maybe be sacked as the carrier was unwilling to recall 90 per cent of the workers still at home.

He said, “They offered us 50 per cent of our basic, transport and housing multiplied by the number of years one has been in Arik Air. Arik Air salary is very poor. We have people that earn as low as N40,000- N45,000.”

Atasie also raised alarm over the issue of unremitted pensions as 19 persons had not received their pensions after leaving the airline.