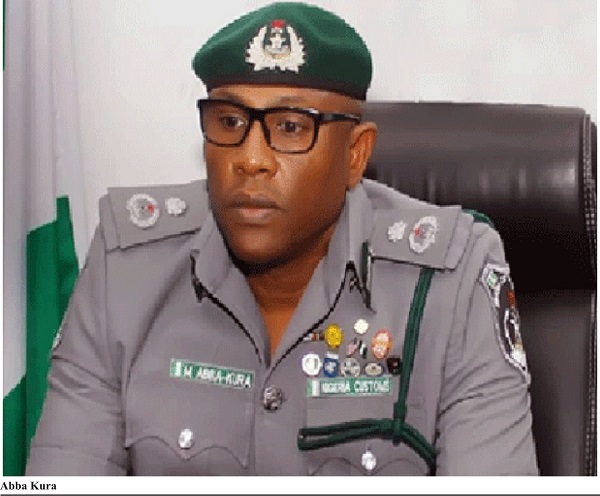 In a world where there are so many voices, especially those loud and popular ones which endorse corruption and all manner of societal ills, it has become uncommon to find individuals who prioritize dexterity, diligence, transparency and patriotism.

Corruption has become a global menace across private and public institutions. In Nigeria, most citizens describe Nigeria Customs Service (NCS) as one of the most corrupt agencies of government. Despite its recent strides as the nation’s topmost revenue earner exceeding N1trillion in the last three years, the toga of corruption still clouds the Service.

Amid the numerous challenges confronting Customs in the country, the Apapa Customs Command which oversees activities at the nation’s busiest seaport has performed admirably under the guidance of Comptroller Mohammed Abba-Kura, an Area Controller who stands out as an epitome of patriotism.  Many customs officers cannot pass patriotism test as many are professionally deficient in trade facilitation knowledge.  Ideologically, though, there is an increasing conflict between patriotism and trade facilitation as much as there is between revenue generation and smuggling. So, when an officer stands out as a bridge sometimes and evidently so, most times, the person does not only attracts encomiums but needs to be under-studied.  Abba-Kura needs to be under-studied!

Industry observers had expected dexterity in overseeing customs operations at the service flagship command with the highest volume of trade and revenue collection and the Area Controller hasn’t disappointed.

Abba-Kura was until his recent posting, the Controller in charge of Zone A office of Post Clearance Audit (PCA) where he achieved the recovery of N17.4 billion in 2018.

His uncompromising use of Harmonised System (HS) code, the C (Customs) number, type of commodities imported, profile of importers and their agents including applying blocking of suspected duty defaulters from further transactions assisted in the recoveries.

In 2020, some of the highpoints of the Apapa Command include total seizures of 318 containers, including 133 containers of unregistered pharmaceutical products, generating over N500billion in a year characterized by significant trade impediments as a result of the COVID-19 pandemic.

Abba-Kura noted that in line with the provision of extant circulars, trade guidelines, and enforcement of government fiscal policy measures, the command was able to strengthen its anti-smuggling operations against economic saboteurs, through credible intelligence-driven operations and continuous partnership with other agencies.

The Area Controller further disclosed that said the sum of N518.46 billion was remitted into the federation account as revenue between January and December 2020, as against N423.6 billion collected same period in 2019, stating that it showed a significant increase, with a difference of N94,379 billion, representing 22.3 percent increase.

He attributed the feat to the commitment of officers and men of the command, who carried out strict enforcement of the government’s fiscal policies.

The sum of N518,046,832,016.84 was generated at the Apapa Customs Command in the year 2020 and remitted the same to the federation and non-federation accounts of the Federal Government respectively.

Comptroller Mohammed Abba-Kura disclosed this at a media briefing held in Lagos earlier this month, noting that the revenue profile of the command significantly increased by N94,379,835,352.53 from the N423.6 billion generated in the year 2019, indicating a 22.3 per cent rise.

With regards to anti-smuggling and in line with the provision of extant circulars, trade guidelines and enforcement of government fiscal policy measures, the Command was also able to further strengthen its anti-smuggling operations against economic saboteurs.

In his words; “This was done through credible intelligence-driven operations and continuous partnership with other relevant agencies for effective port management to stem their illegitimate activities.”

Abba-Kura listed some of the seized items to include: 133 containers of unregistered pharmaceuticals, including tramadol, 58 containers of parboiled rice, 30 containers of vegetable oil, 31 of used clothes and shoes, 13 of used tyres, and other sundry items.

The comptroller said the items exported include steel bars as well as agricultural and mineral products.

“It is instructive to note that these unprecedented achievements were made possible as a result of our officers’ doggedness and tireless commitment to their duties, despite the COVID-19 pandemic ravaging economies all over the world.”

“Nonetheless, as we look forward to a prosperous and glorious year ahead, the command has taken bold initiatives to ensure the collection of appropriate revenue by creating an enabling environment for legitimate businesses to thrive,” he said.

Abba-Kura said that as regards the Nigerian Export Proceeds (NEP) number, the challenge had to do with automation and sensitizing stakeholders in using the number, assuring that the Central Bank of Nigeria was working in that direction.

While Abba-Kura’s laudable strides may confound Apapa port stakeholders, history shows that such achievements have been his stock in trade. Recall that he achieved the collection of N2.3 billion underpayment from a company through audit discoveries without compromising flow of business in line with laid down World Customs Organization (WCO) procedures.

Addressing the press on these 2020 achievements recently, the Area Controller extended his appreciation to the Comptroller-General of Customs, retired Col. Hameed Ibrahim Ali, NCS management team, and stakeholders in the logistics value chain, for their continuous support and encouragement.

Previous AfCFTA: How To Export To Other Countries
Next Transport Veterans Set 2021 Agenda For Industry Growth (2)