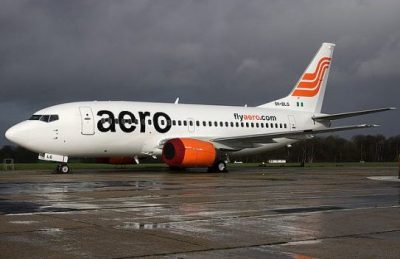 Aero Contractors’ aircraft, Boeing 737-500 with registration number 5N-BKR, has been grounded for repairs in Port Harcourt after a bird strike.

Our correspondent gathered that the Abuja-bound flight returned to Port Harcourt after one of the engines got hit by a bird on Monday, few minutes after take-off.

The Director-General, Nigerian Civil Aviation Authority, Captain Musa Nuhu, confirmed the incident in an interview with our correspondent.

According to him, the pilot followed the due procedures when an airborne aircraft is struck by a bird and landed the plane safely.

He, however, said the aircraft had been grounded for repairs due to the damage caused by the bird strike.

An official of the airline who spoke on condition of anonymity said the bird strike had cost the company a lot of money following the grounding and subsequent maintenance efforts.

The official said the airline had a good flight record and was always ready to comply with the NCAA’s directives.