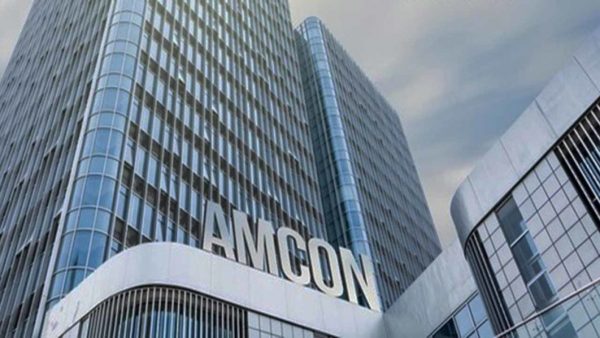 Nigerian indigenous ship owners have raised alarm over the increasing number of seized maritime assets by the Asset Management Corporation of Nigeria(AMCON) over unsettled indebtedness to banks, calling on the Ministry of Transportation and the Nigerian Maritime Administration and Safety Agency(NIMASA) and the Judiciary to intervene.

The ship owners who spoke to MMS Plus at different times suggested the creation of a liaison body to engage AMCON and other relevant bodies in the business of enforcing seizure clauses where tenable, while lamenting that the number of impounded vessels on Nigerian waters by AMCON is over 15, citing an instance on how assets in the aviation sector are kept afloat under a new management to prevent job losses and other consequential disruptions.

AMCON is saddled with the statutory responsibility of recovering the non-performing loans hitherto disbursed by eligible financial institutions to their customers.

Recall that AMCON had taken over the management of Arik Airline and Aero Contractors following their management inability to repay loan facility access in the course of operation. But the agency was methodical in its receivership process in the aviation sector, raising questions on why a different process had to be adopted in the maritime industry in comparison.

Speaking with MMS Plus one of the ship owners who preferred anonymity stated that AMCON took over the management of Aero Contractors in February 2016 after it dissolved the board of the company and later appointed a manager to run the affairs of the company in the interim. AMCON assumed the position of majority shareholder and creditor of Aero Contractors. But five years before the take-over, the Corporation had intervened to save the airline by acquiring 60 per cent stake leaving 40 per cent for the legacy shareholders, with the agreement that they would manage the company through their representatives. So, AMCON provided the needed elixir for Aero Contractors and Arik Air which it took over in 2017 with 17 airworthy aircrafts.

According to the Chief Executive Officer of Sea Transport Limited, Mr Aminu Umar, the Nigerian shipping industry is dying as a result of unfavorable business environment occasioned by harsh government policies which makes it difficult for the assets to repay their loans.

“AMCON went to the aviation industry and took over the management of the distressed airlines but in maritime industry, they seizures in name of indebtedness to banks. And these vessels are rotting away

“I think it is important for ship owners and the regulator in the industry like NIMASA, to engage AMCON and as well as the Economic and Financial CrimesCommission(EFCC) because I know that there are so many ships that are under arrest and they are getting rusted and sinking which is not in the interest of AMCON and EFCC.

“I believe that at the end of the day they want to recover the loans but they should as well ensure that the assets are being utilized to get back that fund that is taken. If they should be a process or set up that would be able to run the shipping under detention or have a discussion with the judiciary and the Minister of Transport. You cannot liken a ship to a house that if under arrest the house stays like that, even the house requires maintenance to be in form”, Aminu stated.

He further explained:“The ship sitting on the water is getting rusted everyday and not maintained, the value is going down every day and it would get to a point the ship would sink. If the ship sinks, the person has not paid the money, assets that is on rent has sank so everybody has lost because the purpose for it is to be able to use it and return it to be able to recover that money.

He made an analogy to drive home his point, “It is like seizing a bank, if you seize a bank, you should be able to give it to somebody to run it in order to recover the money. They should be a proper structure that should be put in place to work with the judiciary, EFCC and AMCON. What is done worldwide is that they are able to take over that ship and give the ship to another good manager who will manage it to be able to repay the facility. That is what is done all over the world.”

Aminu, who was a former President of Nigerian Shipowners Association (NISA) added: “As we speak AMCON has nothing less than 15 ships under arrest. It is left for AMCON to set up a department that would manage these ships. They can outsource it to a reputable company, to run it and manage it, while they work out a lasting solution with the obligor to fulfill its obligation. Some of them get refinanced or recapitalization or look at the terms and resolve to opt out”