mms plus November 6, 2022 ON THE SPOT MANAGER Leave a comment 18 Views 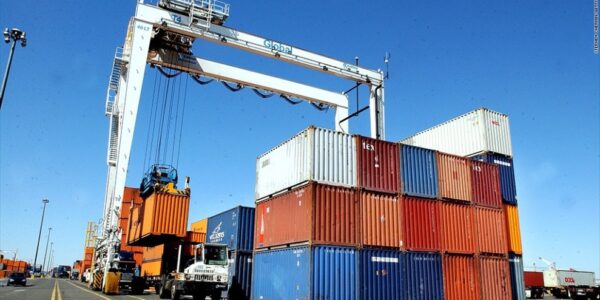 The magnitude of false hopes churned out in the ministry of transportation is enough to erect another mountain Gangirwal in Nigeria. Just recently, the latest gaffe by the Ministry is the promise to yield 21 million jobs by 2025 for Nigerians. That is, in two years time, 21 million full- jobs would be available to lift 35 million people out of unemployment. While this may inspire and trigger hope of the citizens, the loss of confidence in the government of the day, has certainly turned this to rhetoric to keep the news sites satiated. It’s just another fantasy to tickle the ears of many Nigerian

How many promises of the Minister of Transportation, Engr. Mu’azu Jaji Sambo has been delivered since assumption of office?

The job promise is surely another empty trumpet because so far, Nigeria’s transport system is bed-ridden with too many needs and wants needed.  The scenario is that the transport agencies are not operated in sync with trends in the global space. At the moment, the Nigerian Ports Authority(NPA) which is an agency under the Federal Ministry of Transportation is clashing with the Maritime Workers Union of Nigeria (MWUN) over failure to review workers salaries for the past eighteen years.  Thus, how can the Minister leapfrog towards creating more jobs when the present workers are not remunerated adequately

The grandiose assurance by the Minister to create 21 million jobs to cater for 35 million citizens was uttered during his speech at the 2022 Ministerial Retreat in Uyo, Akwa-Ibom.  The speech detailed that the infrastructural gaps that existed in the Transportation sector necessitated the development of the National Development Plan; Medium-Term Development Plans 2021-2025 and a Long-Term Plan called Nigeria Agenda 2050.  Thus, the government would be tackling infrastructural deficit in the sector to create these jobs

Talking about fixing infrastructural issues, what is the situation of rail construction in the present administration from 2015 till date?  The nation’s ports domiciled in Lagos are still without  functional rail connectivity to help navigate a better supply chain. How about the Eastern rail project? How is Ibadan-Kano rail project? Same for Port Harcourt-Maiduguri rail project? What is happening with Kano-Maradi rail project and Lagos –Calabar rail lines? These are pledges that seem vapourised.   Recall that it took the government five years (2016-2021) to complete the Abuja-Kaduna Rail line, Abuja Metro Line, Itakpe-Warri Rail Line which it inherited from its predecessor and rehabilitated the Lagos-Ibadan rail Line.  The Minister also aspires to unbundle the Nigerian Railway Corporation but rail transport is still a minor means of transportation in the country

Moving away from some of the rail lines which are still dreams to come true, how about the disbursement of the Cabotage Vessel Financing Fund? This is another false hope to Nigerian shipowners.  The CVFF has existed for 19 years accumulating over 350million US Dollars yet Nigerian ship owners who contribute 2 percent on each of their tonnage are yet to receive any share of their investment as it were in the shipping activities

Recall that during the World Maritime Day on September 29th, Sambo reiterated his commitment to expeditiously disburse the CVFF to help ship owners increase their fleets and engage in operational ships. However, after a few months to exit office, no one can tell the measures to make this promise a reality.

However, it still beats the mind how the transport sector is expected to perform optimally when on yearly basis less than 50 percent of the Ministry’s annual budget is released. The 2022 budget performance presented at the National Assembly showed that only 35.33 per cent representing N52,134,727,258.22 has been released out of a total fiscal budget of N147,549,080,677 appropriated in 2022. So far, as at October,25th,2022 only N38,904,208,345 has been utilized. No wonder the parastatals are headed for failure perpetually. All motion, no action in parastatals.. …? s.

The Mask Behind Nigeria Air

Lekki-Airport: Could This Be Another Elephant Project?

On October 11th the Federal Government approved 3,500 hectares of land in  the Lekki-Epe …