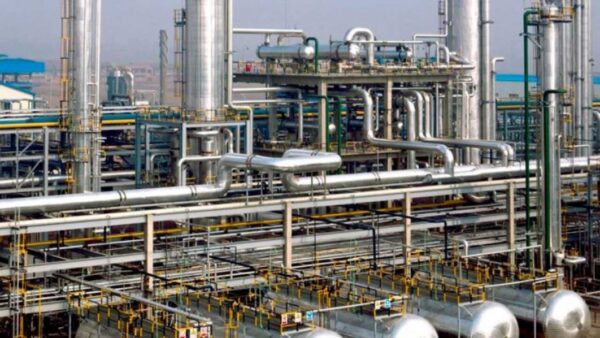 After over 60 years of nationhood, Nigeria’s dream of having a functional refinery to fully maximize the gains of the abundant crude oil assets remains a dashed hope. The five refineries in the country are nothing but shadows of what they ought to be in reality. Four out of the five refineries are owned by the Nigerian government through the Nigerian National Petroleum Corporation. There are the Port Harcourt refineries, the Kaduna refinery, the Warri refinery and a privately owned refinery- the Niger Delta Petroleum Resources.

Out of the four refineries managed by the government through the NNPC, it seems that the catch is the Port Harcourt refineries located at Alesa Eleme because for many years the government has used both refineries to raise hopes of Nigerians in having a functional refinery. Years after years, the dream to complete the Port Harcourt refinery has been deployed as soothing relief to citizens whenever there is fuel scarcity in the country.

In 2021, the Minister of State for Petroleum Resources, Timipre Sylvia announced the approval of US$ 1.5 billion to rehabilitate the 210,000 –barrel-a –day by the Sapien Engineering Company. This rehabilitation, according to the Minister would restore the refinery to 90% of its design capacity but the entire completion is targeted by 2025. This first phase of rehabilitation was set to take the refinery to a 90 percent production by December 2022 while the second and third phases were spread between 24 to 44 months respectively.

In June 2022, the Group Managing Director of the Nigerian National Petroleum Company, Mele Kyari during the resumed investigative hearing into the state of refineries in the country assured Nigerians that the rehabilitation which commenced 2021 would be completed by March 2023. He also revealed that up to 30 percent completion level has been achieved in the Port Harcourt refineries.

In the same vein, in September 2022, at a Federal Executive Council meeting in Abuja presided over by President Muhammadu Buhari, Timpire Sylvia disclosed plans to set the Port Harcourt refineries working by December 2022. He said: “The rehabilitation of the refineries is ongoing. The old refinery in Port Harcourt, which is about 60,000 barrels per day capacity, will be functional by December and of course we still have some time in the contracting time to conclude the rest of the Port Harcourt Refineries. Works in the Kaduna and Warri refineries are also progressing very well. We will soon be embarking on the inspection visit”. This pledge was during the time Nigeria was flung into a two-week fuel scarcity in the same month where petrol price was hiked to 300 – 350 Naira per liter.

The most topical event surrounding the state of the Alesa Eleme refineries is Timpire Sylvia reiterating that Nigeria would begin to refine her crude oil up in May 2023 in the midst of chaos of the recent fuel scarcity that is yet to vanish. In his words: “We are expecting that we will actually begin the importation of petroleum products from maybe about the third quarter next year if I was to give it a longer timeframe, but I believe that even before the third quarter next year”. In the same oratory session, the Minister boosted Nigeria’s confidence in being able to meet her Organisation of Petroleum Exporting Countries(OPEC) quota of 1.8 billion barrels per day in the same month of 2023.

This glitter of hope from Sylvia that Nigeria is finally becoming an oil refining entity is a different picture on the current state of the Port Harcourt refineries. According to an MMS PLUS eyewitness who sojourned to the twin refineries in the month of August 2021, “Weeds have taken over the refineries and I met two feeble old men at the gate posing as security guards”. The eyewitness narrated that weeds have covered over the refineries in a manner which signals that work has not been carried out there for a while. He also cited that he didn’t spot any engineers on the site and he could count only about 3 cars parked.

With this first hand evidence, it’s almost right to say that the story behind the completion of the Port Harcourt refineries and others is a ploy to relieve Nigerians of despair in a season of fuel scarcity. Nigeria refining her crude oil by 2023 or even by the deadline -2025 is a hoax due to the conditions of the refineries.

The falsehood of the Federal Government regarding oil refining probes their contention in not only living up to its words but also dissuading youths in Niger Delta regions that illegally refine crude oil with local means. Instead of encouraging these youths through acceptance, training and equipping them with modern facilities; the government labels them as thieves. Who is the real thief? The one who has the ability to do something but intentionally idles or the one who can work but is not supported? In the real sense, these youths, even if they refine the oil locally, the economic gain still accrues to the nation; obviously they must retail their product in exchange for money; or would they gulp the petrol?

In the last quarter of 2022, the Director, Defence Media Operations, Musa Danmadami in a bi-weekly news briefing on the operations of the armed offices reeled out that there are up to 23 illegal refining sites, 87 wooden boats, 7 speed boats , 284 storage tanks, 160 cooking ovens, 3 fibre boats and 18 dugout pits across the Niger delta regions being destroyed and apprehended by the Military. Is this not a foolish action that the government instead of absorbing the youths who set up these local means of refining chose to label them as bad eggs? These youths with the acceptance of the government can become the yeast to raise the dead Nigerian refining plants since they possess the skills to refine even with primitive aids. They need incubation centers with mechanised infrastructure even if not lofty as a modern refining as modular refineries, (since the government is inept to deliver) associations, networking with the biggest oil leagues such as Independent Petroleum Marketers Association of Nigeria; Petroleum Technology Association of Nigeria; Nigerian Society of Petroleum Explorationists; Major Oil Marketers Association of Nigeria, etc.

Previous Many Obstacles To Actualization Of National Fleet – Committee Report
Next Petrol: Queues Disappear In Abuja After DSS Ultimatum To Marketers