Nigeria @60: The Twists And Drapes In Transport Sector (1) 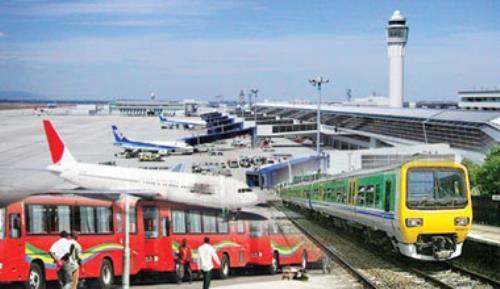 As Nigeria marked its 60 years of independence on Thursday last week, several analysts opined that it should be a good time to take stock of the nation’s multiple failures and ponder solutions to address the myriad of challenges and looming economic uncertainties.

While the nation has defied projections by top global analysts to get this far without breaking up, the development or lack of it across most sectors of the economy isn’t satisfying. There are many twists as well as drapes covering the shells of reality.

In the nation’s transport sector, there have been as many successes as failures and the challenges across the various sub-sectors of transport are too numerous to mention.

To ascertain the level of progress recorded in the nation’s road transport, aviation, shipping, freight forwarding as well as the railway, MMS Plusreached some veterans to get their opinions on Nigeria’s transportation system.

His words: “Insurgency, kidnapping, extortion are some of the major setbacks in this profession and these vices are increasing at an alarming rate. The state of the major roads across the country also needs serious attention, but I know the government is already taking steps to address this.”

“We want to see this extortion of truckers across the nation come to an end. We are also optimistic that the railways will be viable so that trucks will concentrate on short distance delivery while trains are utilized for long distance haulage of goods. The rail won’t convey the containers to the final destination, so some of our members can relocate to the nearest rail station and move cargoes from that point to the final destinations.”

“NARTO national secretariat has taken steps to aid truckers at various states when they are confronted with cases of undue extortion. NARTO has secretariats across the 36 states in the country as well as the Federal Capital Territory, Abuja and we have started utilizing this network to address issues of extortion.”

On the possibility of having uniform freight rates across the nation, Inuwa posited that such a feat will only be attained when the government provides good roads and addresses the empty container conundrum, via functional truck parks and holding bays for empty containers.

“In the last two decades we’ve seen more failures than successes in the aviation sector. I believe there’s room for even more growth and more successes. However, it comes back to the way the operating environment is managed,” he said.

Iyayi who is also a former Director General of Nigerian Airspace Management Authority (NAMA) stressed the need to have people who truly understand the impact of their policies or actions on the entire air travel industry.

His words: “It’s not good enough to just say you’re going to put a policy in place. Has there been a cost benefit analysis of that policy to see how it best serves the industry? Have consultations been taken onboard? These are critical things; unfortunately we have not had that benefit in the industry in Nigeria. Things have been done in the sector based on knee jerk reactions. There is a need to look at issues thoroughly to know the impact in the long term even though they can have short term benefits. When you look at the medium and long term effect, it might be a very bad idea. The industry should not implement policies to address current situations without taking cognizance of the future.”

Iyayi also posited that there is a need to rejig the economic regulatory process at the airports, noting that the Nigerian Civil Aviation Authority (NCAA) hasn’t wielded its powers in the aspect of economic regulation.

According to him, “A classic example is the recent increase in the passenger service charge (PSC) by FAAN from N1000 to N2000 which they’re actually talking about taking effect soon. That essentially required that a stakeholder consultation be held, rather FAAN will say that they had a zoom meeting for all stakeholders, where this discussion held and the NCAA was represented. This was only done as a fulfillment of the provision in the NCAA Act with covers economic regulation. Whether the views of the stakeholders were carried or taken onboard before the decision was reached, is another matter entirely.” Iyayi said.

“Airlines are usually the recipients of the increment in charges in the aviation sector. The airlines by design for their services are required to provide capacity, which is aircraft that they provide and if anything happens outside of their control it is something that still comes back to hit them. What would happen ultimately is that when you increase the cost of the ticket by another N1000, whether or not we acknowledge it, we are commensurately reducing the demand of the airline services.”

“Sometimes, you see that the industry records certain successes but we’ll come up with a policy that erodes such successes completely and we start having failures. There are lots of issues affecting the aviation industry. These issues are multifaceted and intertwined. We need to understand that anything done in one part of the sector affects some other part. After realizing this, industry stakeholders must collaborate and compliment each other’s efforts for the industry to make significant progress.”

Freight forwarders and logisticians, however, urge the federal government to provide fiscal incentives and palliatives to aid their operations.

The Association of Nigeria Licensed Customs Agents (ANLCA) made this call in a statement to celebrate Nigeria’s Independence Day, stating that freight agents play a crucial role in sustaining the nation’s economy.

Noting that the practitioners are responsible for international trade in oil and non-oil businesses, ANLCA President, Mr. Tony Iju Nwabunike said, “Our roles in the import, export and supply chain management has made us critical contributors to government revenue drive of attaining over N4 trillion by Federal Inland Revenue Service (FIRS) and supporting the Nigeria Customs Service (NCS) in sustaining its N1trillion yearly collection.”

“Our sector holds the capacity for 50,000 direct and ancillary employments from the ports, airports, border stations, delivery chain linking warehouses and market, if properly harnessed. While I call on our members and professionals in our line of business to keep up their patriotic acts of engaging only in legitimate deals and prompt payment of taxes to the government, it also rests on the Nigerian State to give us support.”

While commending the Federal Government interventions through the Central Bank of Nigeria (CBN) and Bank of Industry (BoI) to private sector businesses improving on their viability and sustainability, he lamented that no such programme has been designed for the freight forwarding and logistics sector.

The ANLCA President also noted that there is no offer of single digit loans by the government tailored towards freight forwarding needs in procuring trucks, maintaining warehouses, investing in logistics aided technology like tracking devices and fleet of motorcycles for E-commerce transactions in a state of difficult traffic situation as what we experience in Lagos.

“We call on the Federal Ministries of Finance, Transport, Trade and Industry, CBN, NCS and others to see us as professionals deserving of state support, not only as potential tax payers because the likely quake or collapse of our sector will adversely affect the country,” he said.

He, however, assured that ANLCA under his watch, will open talks with government Ministries, Departments and Agencies (MDAs) to see how the sub-sector could be integrated into government interventionist financial programmes and support initiatives.

“Our professional calling as logistics experts playing critical roles in e-commerce now requires us to think beyond clearing cargoes from the ports and be the chain linking people and business together. ANLCA is 66 (established 1954), Nigeria is 60. We shouldn’t just be glorying in old age without commensurate maturity to match our many years of existence as a body of great professionals,” he added.

According to Nigeria’s President Mohammadu Buhari, “at this stage in our nationhood it is important that we reflect how we got here to enable us to work together to get to where we aspire to be as a strong indivisible nation, united in hope and equal in opportunity.”

Buhari, in his independence speech last week also noted that Nigeria’s growth trajectory has been anchored on policies and programmes that positively impact on all sectors of the economy.

Indeed, transportation is a sector that impacts all other sectors of a nation’s economy. When transport is efficient, the potential market for a given product or service increases, so does competition. A wider array of goods and services become available to consumers through competition, which tends to reduce costs and promote quality and innovation.

MMS Plus will bring you the views of ship owners, rail way sub-sector as well as pipeline next week.