How To Navigate Through  Challenges Of A New University – Adigio

Prof Emmanuel Adigio is the Vice Chancellor of Nigerian Maritime University, Okerenkoko. He was one of the panel discussants at the 3rd National Transport Summit organized by the Chartered Institute of Transport Administration of Nigeria (CIOTA) in Abuja, last week.
Prof. Adigio spoke with some journalists on the sidelines during the CIoTA summit. He explains how the university management reached an agreement with its striking staff who downed tools recently due to unpaid allowances. He also spoke on some financial interventions from various institutions like Shell Oil Company, Nigerian Content Development and Monitoring Board (NCDMB) among others which has enabled the university to stay afloat.
Excerpt:

What led to the recent crisis at the Nigerian Maritime University?

What led to the crisis was a misconception; quite a lot of things were misconceived as if people have rights to some certain things that they really do not have rights to.
When the university started, it was kind of owned by NIMASA, and because of the location and expectations from sponsors, there were allowances that were paid to the staff, but when the Federal Government took over the university, all payments came from IPPIS, so the allowances were no longer sustainable, the people were still expecting a lot from oil companies and other sponsors, this was what the Bill that was presented for the creation of the university accommodated, but the bill was turned down by the Executive when the President didn’t sign it. Since the President did not sign the Bill, all these sponsors were not there, and the university cannot sustain such allowances.
However, somebody misinformed the staff that in October, they were going to be paid the arrears of their allowances, when there was nothing coming, they started a crisis.

How were you able to overcome it?

By the grace of God, we had a dialogue, and came to some terms, some of the staff are still expectant, but they have come to the reality of the situation.

What has been your biggest challenge as Vice Chancellor of the university?

Movement in and out of the university is by boat and this itself is a challenge. The journey is one hour going to the university and one hour coming out. Secondly, the task of running a Federal university is further complicated by the fact that a lot of things are done in Abuja, so we are always going to Abuja.
Besides that, one has a vision, and the vision is that the basic things needed in the university are put in place. Most new universities always have infrastructure as a problem and this is one of the major problems we are tackling. Infrastructure has been a very big problem, but we are now building a workshop which will be commissioned at the end of this year or latest by January 2022.

We are trying to build some hostels through the assistance of the Local Content Board, from the Federal Government budget, Shell is also coming to contribute, we just commissioned some classroom blocks recently. With the nature of this university, it has to create Internally Generated Revenue (IGR) and this we do by creating short courses to enable the University to have some money.

The university is a marine university, so for the students to be celebrated they have to pass through these courses too. So for now, they are having theirs at MAN Oron and other organizations that are doing this to enable them to be sellable out there.

Where you are right now is a temporary sight, what is happening at your permanent site?

It has not been very easy, three months after I came in as VC, the courts said the case between the contractor at the site and the  Economic and Financial Crimes Commission (EFCC) was quashed, so we were excited that the contractor would go back to work. However, the fund that has been held down has not been released up till now.

Who is tying down the funds and how much is it?

The money is much, and I don’t have the figure offhand now, but the contractor accounts were frozen by the Economic and Financial Crimes Commission.

So, is this hindering the commencement of work at the permanent site?

It is beyond that, you know there is NIMASA involvement, we have the Federal Government involvement, we are now trying to sort out the issue of who is really in charge of the university, and hopefully we have a lead and all would sort out soon.

What are the figures of the intervention of Shell Oil Company and others at the University?

Shell is $500,000, because the structure that was commissioned before was over N500million, and the hostel that is coming up now is around that same range done by Shell.
As for the Nigeria Content Development and Monitoring Board (NCDMB) the hostel is N250million. They are also intervening in provision of Internet services on campus, provision of solar power, and so on.

Sometime ago, there was a mild crisis that led to the death of a student at the school, what really happened?

The young man was sick, and the school management tried to intervene through the medical department, you know that every university, you don’t have specialists there, you only have general treatment, so when it gets to a point, the person has to be referred.
So, the suspicion at that time, because of his temperature and other issues, the boy was evacuated immediately to Warri were they got his blood sample test, the results were not immediate. From there, his parents took him to Benin at Stella Obasanjo Hospital; he was there for about two days.
From what we were told, his friend was there with him and they were discussing, but the friend had something to do back at school so he left, not long after, he succumbed.
His death was not in the university and not because we could not evacuate him on time, he was already in the care of specialist doctors.

The university by nature of being maritime, is supposed to have a stimulator, what are you doing about getting one?

This is a Federal university and everything is a gradual process. We went to MAN Oron recently to enable our students to have some practicals, the agreement is in process. In many universities all over the world, you cannot have everything, so what they do is, if another university have what you needed, your students go over there and make use of the facility for practical, this is what we are trying to arrange, while envisaging that in the near future, we would get such simulators. The simulators are expensive, you talk of billions of Naira, and it is only the Federal Government that can undertake this.

What about sea time training for your students?

When I came in, we had to approach some ship-owners, fortunately, many of our students through this process have gotten sea-time experience, some are still there right now doing their industrial attachment onboard the ships.

What is the student strength of the maritime university?

For the students, they are about 1,800. This is why I am bent on building more hostels, hostels are a very big problem. Accommodation for staff is a big problem, the school is on an island, and to build a house there is very difficult, even sand is usually brought in with barges and it is not easy. So, we are trying to see how we can get interventions from the oil companies, NNPC, from CBN. 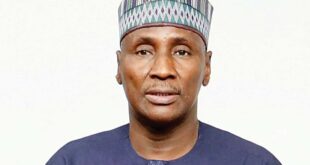 How Unemployed Pilots, Engineers Can Explore Opportunities Beyond Flying, Repairs 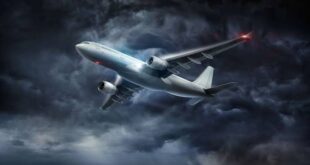 What To Do During Airplane Turbulence 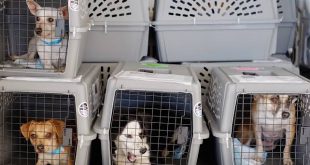 How To Import And Export Pets 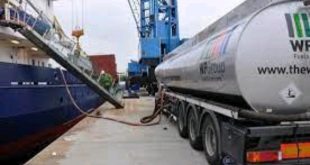 How To Organize A Good Bunkering Operation 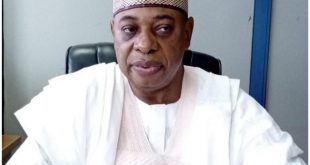 How MOWCA Can Turn Around  Fortunes Of The Region -Adalikwu 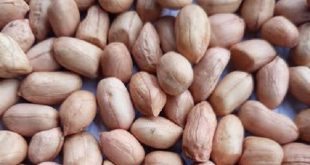 How To Develop Groundnuts Export Business In Nigeria 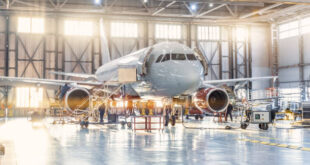 How To Set-up An Airplane Hangar

Although airplane hangars have been around since the dawn of flight, the hangars of today …