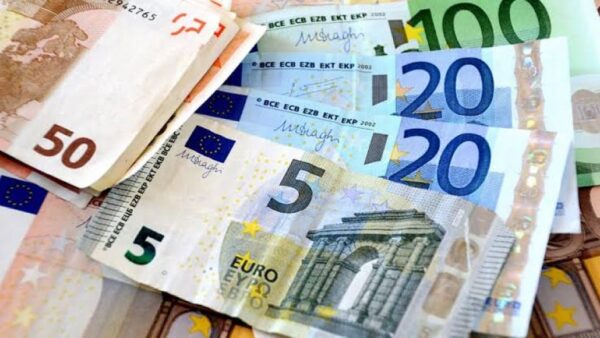 Despite the parity in the prices of the United States (US) dollar and euro at the global foreign exchange (FX) market, the latter still trades far higher than the greenback at the local market, showing naira has a long way to wean itself off the static toga.

For the first time since December 2, 2002, a bullish dollar closed in with euro, a victim of the dovish European Central Bank (ECB) with the pair trading approximately one for one.

At the domestic market, not surprisingly, euro is still priced far higher than dollar, under-pining the local currency’s misaligned and sticky nature. At the black market, the closest measure of the real value of naira, the local currency trades for about N630/€ while the dollar eases to N607.

In relative terms, the Euro Zone currency has not appreciated much against naira at the parallel market in the past few months, naira has not gained much ground against the currency as fast as its peers.

The official market trend is not remarkably different. Euro closed last week’s trading against naira at N428 compared to N443 it exchanged a month earlier.

The inability of naira to respond to the changing price relations among leading currencies underscores the currency’s historical lethargy, which some experts argued must be dealt with to make the currency market-friendly and globally competitive.

As the global market looked forward to an increasingly uncertain future at the start of the week, the US Dollar Index (DXY) – a metric for measuring the strength of the flagship currency against others – rose to 108, the highest in about four decades.

At press time, it was still uptick, hitting 108.11. DXY stood at 95 at the beginning of the year, meaning that the safe-haven currency has gained 13.8 per cent in value year to date (YTD).

The tendency to hold the US dollar has been upbeat since the beginning of the year as central banks warmed up for rate hikes and monetary tightening. The US Federal Reserve System, for instance, has been aggressive in this regard, increasing the rate twice this year – in March and May.

With the White House Press Secretary, Karine Jean-Pierre, hinting of a “highly elevated” consumer price index (CPI) due for release today, the market is already warming up for another hike from the Federal Open Market Committee (FOMC), a rate-fixing arm of the Fed, which meet July 28 to 29.

Already, the unemployment rate remained sticky at 3.6 per cent in June, defying previous interest rate hikes. While the bullish labour market doused the recession tension, it suggests that the Fed has more headroom in its inflation control campaign.

Inflation rates, across the globe, have risen to levels not seen since the 1980s. But the Fed has shown its determination to achieve its two per cent targeting in the next two years.

While the Fed and other central banks have stepped- up monetary tightening, the ECB has been largely hesitant, exposing the euro to extreme volatility. With the Russia-Ukraine war, investors have priced in the resultant energy crisis and recession fear. And with continued escalation of these crises, the dollar could outprice euro in the coming weeks, technical charts have suggested.