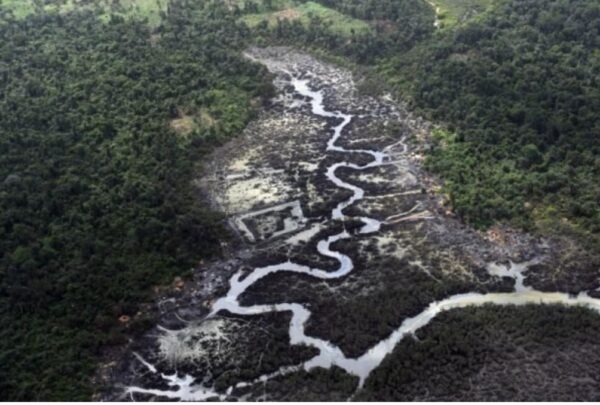 Eroton Exploration & Production Company Limited says it has successfully shut-in oil spill from the CAWC015 well and had contained a wild well spill at the CAWC047 well.

In a statement on Monday, the company said the spill had been “successfully contained and the well brought under control” following the incident in Cawthorne Channel Well 15 which occurred on June 15.

The company also said that the CAWC-047 that was vandalised within the same month and flowing to the environment since Sunday, 10th July had been controlled on Monday, adding that efforts were ongoing to complete a spill clean-up of the wellhead slot, including installing a proper securement, and a subsurface downhole plugs.

The firm had earlier announced sabotage on the wells.

In an update made available to the media, the company’s Spokesperson, Mercy Max-Ebibai, said the Well Engineering Team and the Well Control vendor worked assiduously to establish control across all the flowing points on the vandalised wellhead.

It affirmed that in the light of the sabotage, the team had to fabricate a platform on a work barge (as the wellhead platform had been initially cannibalized totally) before control valves could be installed and well shut-in achieved.

She also informed journalists that following the preliminary Joint Investigative Visit with all relevant stakeholders, including the National Oil Spill Detection and Response Agency, Ministry of Environment and the community, a meeting was held on July 15 with the intent of estimating the spill volume and the post-spill impact assessment.

It said that the clean-up exercise would be completed at the earliest possible time.

“As excellent hosts, they provided all the necessary support in arresting the situation despite the hazards posed by the incident. We are happy that their seafaring and economic activities can return to normal in no time”, Max-Ebibai stated.