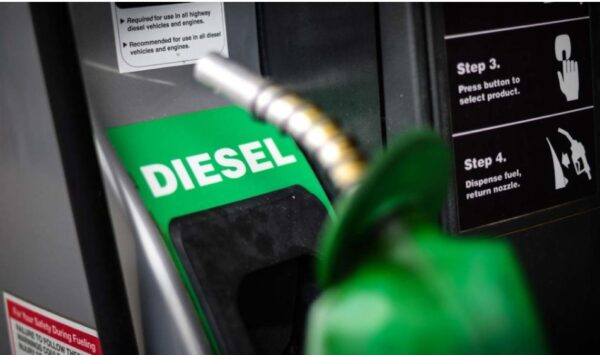 After weeks of relief, diesel prices appear to be on the rise again, partly in response to the volatility in the energy market over concerns about supply from Europe and unstable foreign exchange rates.

For many businesses, sustaining production for the Yuletide season might not be business as usual, especially at a time when inflation has eroded consumers’ purchasing power and inventory of unsold goods continues to rise.

Unlike last year when diesel sold at an average of N254.65 per litre, the price this year has tripled and the product is currently being sold at over N800 per litre.

For those utilising gas for production, the product has equally experienced a sharp rise from about $3 per standard cubic metre to $8. The rise in energy prices has implications for the cost of locally manufactured goods and cost of services.

Already, with winter setting in, there are concerns that the fuel situation is going to become a lot more complicated from December.

With distillate stocks below historic averages across regions, notably in the United States, which is also a major exporter of oil products to the European Union, it means prices will remain elevated because the only new refining capacity is in the Middle East and China, and it is limited.

Demand for diesel, on the other hand, is consistently strong because the fuel is used across the world for freight transport. According to analysts, increased fuel (diesel) imports by Europe from the U.S. and China, will reduce exports to South America and Africa. Though increased import by Europe will help it in the immediate term, the action is believed to likely cause a ripple effect on two different continents.

According to Argus Research, traders said there is no incentive for most participants to build or even maintain these discretionary inventories, because of the enormous cost of doing so in such a steeply backwardated market.

Backwardation — meaning prompt prices above those for later delivery — signals fundamental pressures on the market. For the past year, the backwardation has reflected great cost and difficulty of refining diesel. The most efficient way to meet marginal demand has been to draw on inventories instead.

Similarly, the acute shortage of foreign exchange (forex) in the official market has pushed naira to N860 against the dollar, altering dynamics for the importation, distribution and marketing of Premium Motor Spirit (PMS), also known as petrol and diesel.

Although diesel is deregulated, very few marketers are able to stock the product to hedge their losses and improve their premium from retailing petrol.

One of the major marketers told The Guardian that Automotive Gas oil (AGO), also known as diesel, is the cash cow for any company that has access to forex and is willing to stake money on the commodity.

Director-General of Manufacturers Association of Nigeria (MAN), Segun Ajayi-Kadir, stated that most manufacturers have embarked on strategic measures to minimise the impact of the inclement operating environment on their activities such as cost cutting, product selection and prioritisation and expanding their investment in the development and production of raw materials locally.

According to him, manufacturers saw their expenses on alternative energy sources (diesel and gas) rise by 50.6 per cent in the first half of this year compared to the same period last year.

They spent N67.7 billion on alternative energy sources in H1,2022, up from N45.0 billion in the same period last year, according to data from MAN.

He acknowledged the energy challenges in the sector saying, “truly, there are forex and energy crises in the country.”

The surge in FX and energy prices in the country has caused negative impacts in the manufacturing sector such as oscillatory growth, low contribution to GDP, sub-optimal capacity utilisation, high inventory of unsold manufactured goods and declining investment, MAN said.

“The crises are responsible for the unfavourable movements in manufacturing indicators such as capacity utilisation, contribution to real GDP, investment, employment, cost of production, competitiveness, etc.,” Ajayi-Kadir said.

To hedge the risks, he said manufacturers are carrying out further investment in the electricity value chain and committing to adding 10,000MW to the current electricity distributed in the country.

“We also embrace and support significant development of energy mix and renewable energy, suspension of the 15 percent levy on imported wheat and incentivisation of investment in local development of raw materials.”

Founder /CEO, Centre for the Promotion of Private Enterprises (CPPE), Dr Muda Yusuf, stated that the bigger issue to address was not the abstract concept of recession, but the impediments to productivity and welfare.

He noted that Nigeria’s economy is characterised by diverse economic vulnerabilities, which have had devastating effects on businesses.

Addressing the issues, according to him, will help to check rising inflation in the country.

Partner, Energy Utilities and Resources, PwC, Habeeb Jaiyeola is of the opinion that the current energy crises, without doubt, is likely to go on for a couple of years and it is not expected to go away in the short term.

“It is clear that the cost of energy will continue to remain high for some time and with various countries putting several mechanisms in place to reduce the amount of release of their own energy base into the global market, which results in the prices remaining high in the global market.

“It would be very good, if a country that is rich in crude oil as we are in Nigeria can also get its refining abilities so there won’t be any need for dependence on imports for white products, as that itself brings down energy cost to the entire Nigerian populace, which is a key area that should be addressed by the government.

“It’s a worthwhile consideration to look at all of the energy sources that are cheap and develop them, like coal. We have a lot of hydro and gas to be able to develop resources for us to be an energy generating powerhouse at least in Africa,” he added.

Renowned professor of energy, Wumi Iledare, noted that any shortage of energy, being an input of production, has implications for the manufacturing sector.

“Notwithstanding, the fact that petroleum products’ import comes to Nigeria from Europe, reducing or banning export from the US has global market disequilibrium effect causing a decrease in export market and subsequently higher market clearing prices unless demand decreases.

“Perhaps, this is where Dangote refinery can help the situation depending on its product mix. Reviving the manufacturing sector, however, will depend more on energy availability, accessibility, and affordability through gas-to-power modality for now, rather than imported diesel fuel,” he added.

Former management worker at Shell and energy lawyer, Ameh Madaki, stated that the key challenge facing the oil and gas industry in Nigeria is mediocrity.

According to him, as an oil producing country with Nigeria’s production profile, we have no business relying on importation of refined products for our industries to survive.

“Unfortunately, the level of incompetence with which the industry is run makes it impossible for any initiative to be implemented effectively. The options open to Nigeria that I see, is to contract refineries in Europe and China to refine our crude oil for us for a fee, and return all the byproducts to us. If this happens, the economy will be adequately supplied with products and we could even earn more forex by selling refined products instead of throwing our crude oil away cheaply as is currently the case,” he said.