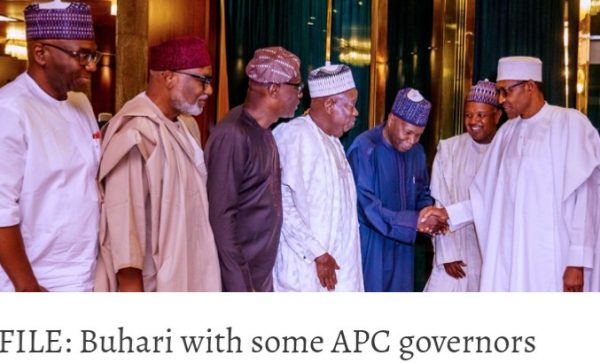 Governors, who are members of the All Progressives Congress, have been unable to agree on a common position on the direct mode of primaries imposed on political parties by the National Assembly, media learnt on Monday.

It was gathered that the meeting between the 22 APC governors on Sunday ended with no consensus.

A meeting of the Progressive Governors’ Forum, which was held at the Kebbi State Governor’s Lodge, Abuja, reportedly degenerated into a shouting match between two governors from the North-Central zone when the issue came up for discussion.

While some governors said to be sympathetic to the National Leader of the party, Asiwaju Bola Tinubu, wanted the position of the National Assembly upheld, others argued that since democracy was all about choices, parties should be given options to choose from.

A source, who spoke on condition of anonymity for fear of retribution, said, “The meeting started on a friendly note with the governors exchanging banters before getting down to the business of the day.

“They had agreed to propose February as the date for the convention to give room for the President to choose a day at his convenience for the event. This was done after a vote of confidence was passed in the Governor Mai Mala Buni-led caretaker committee and the party congresses held across the nation.

“Trouble, however, started when the issue of the amendment to the Electoral Act as passed by the National Assembly came up. Nasarawa State Governor, Abdullahi Sule, who spoke in favour of the direct primaries, used words which his Kogi State counterpart, Yahaya Bello, felt were offensive, and a war of words ensued. It took the intervention of the Chairman of the PGF and Kebbi State Governor, Abubakar Bagudu, to restore calm.”

Speaking to newsmen after the meeting, Bagudu said the governors only discussed issues bordering on good governance.

When asked what decision was taken with respect to the direct primaries for the choice of candidates, he said the meeting with the President would present the final decision.

Despite the disagreement, The PUNCH learnt that Bagudu alongside Buni and Governor Mohammed Badaru of Jigawa State visited the President over the matter.

Bagudu has openly criticised the inclusion of the direct primary method in the Electoral Amendment Bill, which has been forwarded to the President, Major General Muhammadu Buhari (retd.).

However, before the three governors could see the President, the Senate President, Ahmad Lawan, visited Buhari with a view to convincing him to sign the contentious bill.

Addressing State House correspondents after meeting with the President at the Aso Rock Villa, Abuja, Lawan said before sending anything to the President in form of a bill for his assent, both chambers of the National Assembly always consult widely to capture the inputs of the majority of the people.

Lawan affirmed that the 2022 Appropriation Bill would be passed by the National Assembly before the Christmas break.

He admitted that the APC had challenges emanating from its congresses, noting that Buhari had constituted a national reconciliation committee under the chairmanship of Senator Abdullahi Adamu to resolve the crises.

On the direct primary controversy, he said, “You also know that we have legislation that is awaiting the consideration of Mr President, and for us in the legislature, we’ve finished our job of passing the Electoral Act Amendment Bill. It is now for Mr President to engage with his assistants and those who normally advise him for him to take the next and most appropriate action.

“We are also very desirous of ensuring that the APC is stable before the convention, because we want our convention to be hitch-free. We want every member of this party, who comes to attend the convention, to do so with a clear mind.

“That whoever becomes the chairman, for example, whatever leadership emerges, is a leadership that has the respect of everyone in the party, because we want Mr President to continue to work with a solid party, the APC. We want this administration and President Muhammadu Buhari to continue to do the very good work they are doing across the country and consolidate at the end of his tenure.”

Asked how the party would ensure stability, especially as the governors, who are critical stakeholders, are not happy with the Electoral Act Amendment Bill, Lawan said the way out of any disagreement was the engagement of people.

He said, “Well, you see, sometimes this kind of disagreement happens. And when they do, I think the best way forward is for people to engage. I always believe, and I’ve canvassed this, that the National Assembly members are major stakeholders; the governors of the APC are major stakeholders. And in fact, the Presidency is a major stakeholder; it is the biggest stakeholder because it runs the administration, and our party must always try to bring everybody together.

“So, when we have any section of a party disagreeing with something, we should be engaging; that’s why we are politicians; we must have that kind of a platform where we discuss the issues; let’s understand each other, and then we make whatever it is that will make this disagreement minimised.”

Lawan, however, said the National Assembly expected Buhari to sign the bill as passed. 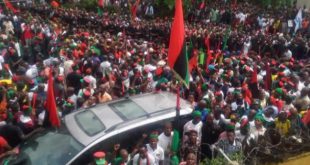 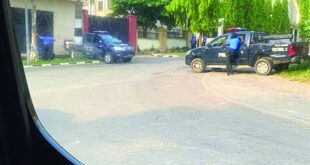