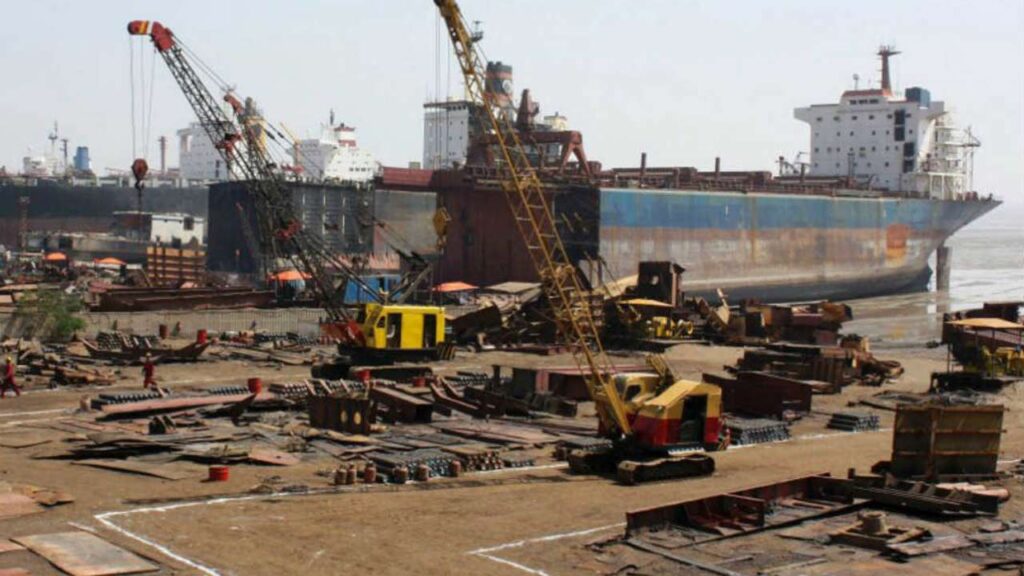 Ship breaking or ship demolition is a type of ship disposal involving the breaking up of ships for either a source of parts, which can be sold for re-use, or for the extraction of raw materials, chiefly scrap. It may also be known as ship dismantling, ship cracking, ship recycling, or ship disposal. Modern ships have a lifespan of 25 to 30 years before corrosion; metal fatigue and a lack of parts render them uneconomical to run. Ship breaking allows the materials from the ship, especially steel, to be recycled and made into new products.

When ships become obsolete after their effective life and are no longer considered useful, they are disposed of in accordance with guidelines set by global environmental organizations such as the Basel Convention. Ship Disposal involves a number of challenging issues, especially things related to the environmental and safety issues.

There are various environmentally friendly methods and options available for ship disposal. Green Ship Recycling or Ship Breaking is considered as the best option for disposing of a retiring vessel in a safe and environmentally friendly way. Other useful methods of ship disposal are hulking, deep water sinking to convert it into an artificial reef, using it as floating dry-dock storage, or donating it to a responsible organization.

One of the popular methods of disposing of ships is the “Green Ship Recycling” suggested by Basel Convention. It requires the proper cleaning of the ship to free it from the toxic wastes such as Asbestos, Mercury and Lead that can seriously harm the surrounding environment and the people involved in dismantling it.

Green Ship Recycling has many benefits over other methods of ship disposal:

• It encourages for the proper cleaning of the ship from hazardous waste that can be harmful to workers and marine life.

• Reusing usable parts of the ship in the building of new ships.

• Using scraps as raw materials in related industries such as iron and steel industries.

Main components of the ship that are reused include steel parts and other parts in the interior of the ship. Green ship recycling was initially carried out only by developed countries, however today, even developing countries have started inculcating processes that promote green ship breaking.

One of the major harmful materials that are disposed off with the help of the green ship recycling process is asbestos. Any great informational site about asbestos will tell you that asbestos has been banned from being used in ships from the past two decades. But the ships in which asbestos had been used initially need to be recycled. Continuous exposure to asbestos can cause problems not just to the marine life forms but also to the people aboard the ship. This is why ships with asbestos need to be recycled with far more caution. Many green ship recycling labs are so well equipped that the success rate for the disposal of the harmful materials is nearly around 99%.

Apart from the US and the other developed countries in Europe, shipping concerns in nations like China, India and Bangladesh also contribute substantially to the process of green ship recycling.

Throughout the world, seminars and symposiums are conducted in order to make more ship builders and proprietors aware of the benefit of green ship breaking. In these meetings and seminars, along with the advantages of ship recycling, various feasible methods to carry out the process of ship breaking are also provided. These methods are cost efficient and help the shipping concerns to ease the process of ship recycling.

Artificial reefing is perhaps the least expensive option available for a ship disposal. The method involves the proper cleaning of ships and then sinking them at a predetermined  location to create an artificial reef. Then the reef can be used by a tourist or a diving site, which makes it a profitable option.

Hulking has been a traditional method for ship disposal for hundreds of years. Under this method, all the machinery and equipment is removed from the ship and converted into a hulk for further uses such as a museum, office, hotel or a conference center.

Sink Exercise (SINKEX by the Navy)

It is one of the least favorable methods of ship disposal. It involves cleaning the toxic waste and then sinking the ship during a target practice by the naval forces.

There are many examples where shipping companies have been involved in disposing a ship in illegal ways to avoid the high cost involved in dismantling it in legal ways. The disposal of Clemenceau of France, SS Norway of Norway and SS Oceanic of the United States are some of the examples where environmental safety rules were found to be ignored by the concerned parties.

Some shipping companies have in the past attempted to dispose of their ships illegally, often due to the high costs of sanitizing these ships in a legal way as a result of the presence of large quantities of toxic compounds and materials. Prominent examples of where environmental concerns have complicated the planned disposal of ships have been the Norwegian Cruise Lines vessels SS Norway and SS Oceanic, as well as the French aircraft carrier Clemenceau.

About 70% of ships are simply run ashore in developing countries for disassembly, where (particularly in older vessels) asbestos, lead, polychlorinated biphenyls and heavy metals pose a danger for the workers. Burns from explosions and fire; suffocation; mutilation from falling metal; cancer and disease from toxins are regular occurrences in the industry. Asbestos was used heavily in ship construction until it was finally banned in most of the developed world in the mid-1980s. Currently, the costs associated with removing asbestos, along with the potentially expensive insurance and health risks, have meant that ship breaking in most developed countries is no longer economically viable. Dangerous vapors and fumes from burning materials can be inhaled, and dusty asbestos-laden areas are commonplace.

Removing the metal for scrap can potentially cost more than the value of the scrap metal itself. In the developing world, however, shipyards can operate without the risk of personal injury lawsuits or workers’ health claims, meaning many of these shipyards may operate with high health risks. Protective equipment is sometimes absent or inadequate. The sandy beaches cannot sufficiently support the heavy equipment, which is thus prone to collapse. Many are injured from explosions when flammable gas is not removed from fuel tanks. In Bangladesh, a local watchdog group claims that one worker dies a week and one is injured per a day on average.

The problem is caused by negligence from national governments, shipyard operators, and former ship owners disregarding the Basel Convention.

According to the Institute for Global Labour and Human Rights, workers who attempt to unionize are fired and then blacklisted. The employees have no formal contract or any rights, and sleep in over-crowded hostels.

Several United Nations committees are increasing their coverage of ship breakers’ human rights. In 2006, the International Maritime Organisation developed legally binding global legislation which concerns vessel design, vessel recycling and the enforcement of regulation thereof and a ‘Green Passport’ scheme. Water-craft must have an inventory of hazardous material before they are scrapped, and the facilities must meet health & safety requirements.

In recent years, ship breaking has become an issue of environmental concern beyond the health of the yard workers. Many ship breaking yards operate in developing nations with lax or no environmental law, enabling large quantities of highly toxic materials to escape into the general environment and causing serious health problems among ship breakers, the local population, and wildlife.[45] Environmental campaign groups such as Greenpeace have made the issue a high priority for their activities.[46]

Along the Indian subcontinent, ecologically-important mangrove forests, a valuable source of protection from tropical storms and monsoons, have been cut down to provide space for water-craft disassembly.

In Bangladesh, for example, 40,000 mangrove trees were illegally chopped down in 2009. The World Bank has found that the country’s beaching locations are now at risk from sea level rise.[13] 21 fish and crustacean species have been wiped out in the country as a result of the industry as well.[47] Lead, organotins such as tributyltin in anti-fouling paints, polychlorinated organic compounds, by-products of combustion such as polycyclic aromatic hydrocarbons, dioxins and furans are found in ships and pose a great danger to the environment.

In March 2012 the European Commission proposed tougher regulations to ensure all parties take responsibility. Under these rules, if a vessel has a European flag, it must be disposed of in a shipyard on an EU “green list.” The facilities would have to show that they are compliant, and it would be regulated internationally in order to bypass corrupt local authorities. However, there is evidence of ship owners changing the flag to evade the regulations. China’s scrap industry has vehemently protested against the proposed European regulations. Although Chinese recycling businesses are less damaging than their South Asian counterparts, European and American ship breakers comply with far more stringent legislation. 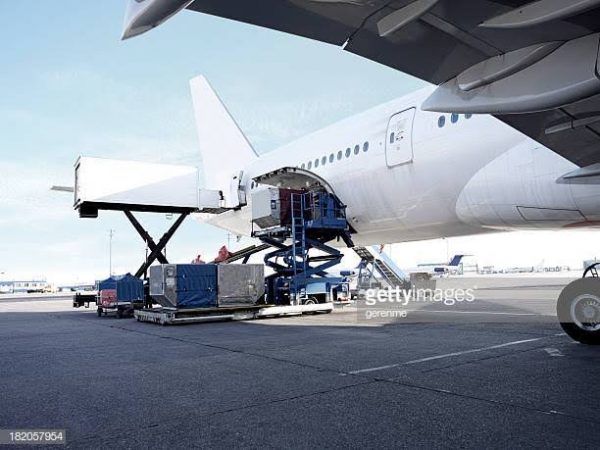 How To Start Air Freight Business In Nigeria