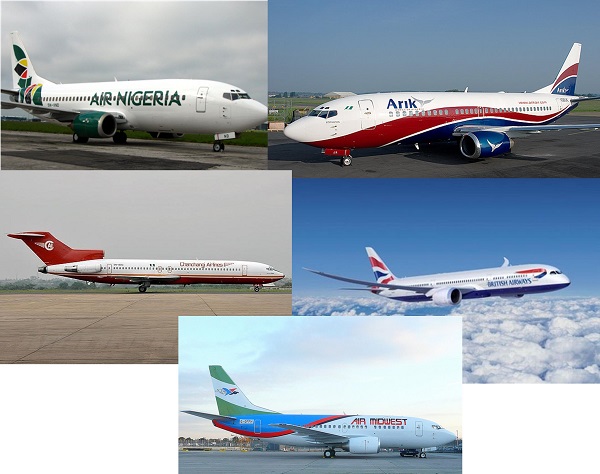 The actual financial status of operating local airlines and how much they lost to the COVID-19 pandemic disruption is a subject of controversy among stakeholders.

While some of the operators claimed to have lost over N180 billion as an industry to warrant a heavy financial support from the Federal Government, there are doubts that the airlines lost that much within seven months.

The Minister of Aviation, Hadi Sirika, recently told the Senate Committee on Aviation that the airlines would get only N4 billion as a bailout fund, contrary to the N25 billion earlier planned for the aviation sector.

Our reporters learnt that the meagre sum was not unconnected with the high indebtedness of the local airlines to regulators and service providers, currently put at N22 billion.

Some stakeholders, however, described the support as too little compared to the financial distress occasioned by the “huge losses” incurred during the lockdown and current aviation downtime.

Air Peace Chairman, Allen Onyema, hinted that the airlines lost as much as N500 billion, given several aircraft that got stranded, incurring debts at MRO facilities overseas and others that are now due for C-checks following months of inactivity.

President of the Aviation Safety Round Table Initiative (ASRTI), a think-tank group of the local industry, Dr. Gbenga Olowo, said though domestic airlines alone owe about N22 billion to the Nigerian Civil Aviation Authority (NCAA), but in business losses, they have lost N360 billion.

“This is all as a result of the COVID-19 pandemic. Reasonable countries intervened in their aviation industries in the second or third month. This is the eighth month and Nigeria is just responding. I think the government should just leave us to die, then we will know that Nigeria has no aviation industry. N4billion palliative for the aviation industry is very insensitive. I condemn it totally,” Olowo said.

He observed that the airline industry is not made up of airplanes alone; there are allied services, people that produce onboard service, sales and marketing are all part of the aviation industry.

”This is without forgetting handling companies; they are all part of aviation. So, how do you want to share N4 billion among them? If you put that money into the well of debt of Arik alone, it will swallow it. It is better the government does not intervene and tell us they cannot help us because they have to pay Senators and House of Representatives members.

“For us, aviation as a means of travel is the fastest and safest, and we will make sure we do the right thing in the industry. Safety is our foremost concern and government interference will not disturb us,” Olowo said.

Aviation Security expert, Group Capt. John Ojikutu (rtd), however, questioned the losses incurred by the airlines, adding that no amount of bailout would save local airlines without an extra measure to address accountability and mismanagement issues.

“I have said earlier that it is not possible that the domestic airlines have made a loss of N360 billion in eight months, and they could not have made that much with the five million average passenger traffic in a year. To get that amount in a year from five million passengers, each would have to pay an average fare of N72,000.

“Again, it was obvious from the Senate public hearing that the domestic airlines don’t pay custom duties on imported spares; it is also known that most are indebted to the NCAA to the tune of N19billion and $6million. The amount owed the other government and private service providers are not known.

“For how long are going to dole out the commonwealth to the private airlines that show no responsible obligations to the state? If other countries give financial bailout to their airlines, it is because they show their States responsible obligations in taxes. We once had Okada, Kabo, GAS, Triax, and others, who made over 2,000 sorties to Liberia and Sierra Leone in the mid-90s; collecting $50,000 on BAC-11; $80,000 on B727; $100,000 on B707, and $120,000 on B747 on a sortie. They were not paying landing and parking at both ends and no navigational aid charges, yet they went down on their own not ‘killed’ by the government.”

Most of the current airlines that were less than five years in operations shared more than N200 billion in 2012 without COVID, some collapsed, and the others are still on some sort of life support. Like the chairman of the Senate Committee on Aviation, said we must find out what is the real endemic sickness of the Nigerian private airlines. We cannot afford to be dishing out public monies to them and to them alone always.

Previous Olamistic Olamide
Next I STARTED DREAMING ABOUT HIM