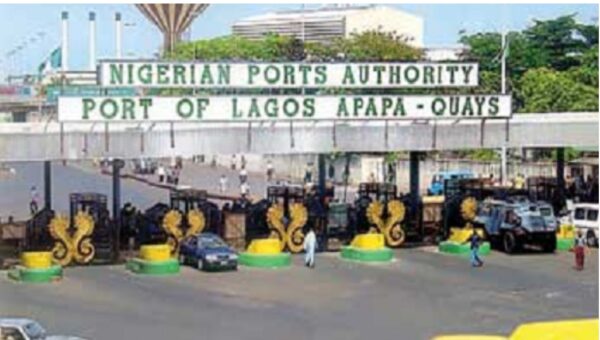 The World Bank and the International Finance Corporation IFC have said that Nigeria’s port reform programme, which saw the concession of port terminals to private operators under a land lord port model remains the best in the African continent.
This was the verdict by a team of experts led by Senior Transport Specialist with the World Bank, Nigeria Office, Olatunji Ahmed and Principal Investment Officer, Infrastructure at the International Finance Corporation IFC, Christian Mulamula, which was on a working visit to the Nigerian Ports Authority NPA House, Marina, Lagos, Thursday.
Recall that the Federal Government had concluded the port reform programme in 2006, under the supervision of the World Bank, which was fashioned after the Land Lord Port Model of the Port of Antwerp, Belgium.
Managing Director of the NPA, Mohammed Bello Koko, while reacting to the Bank’s positive assessment during a meeting with the officials of World Bank and IFC, stated that the port concession exercise has clearly enhanced Nigeria’s goal of becoming the leading blue economy in within the African continent.
A statement by the General Manager, Corporate and Strategic Communications of the NPA, Ibrahim Nasiru, said the MD also assured that the management under his watch would continue to focus on a port-led industrialisation in the country through infrastructural renewal and deployment of modern technology tools and that the 25-year Port Masterplan would soon come on stream.
The NPA helmsman told the delegation that the authority duly appreciates the excellent support provided by the World Bank under its private participation in infrastructure PPI scheme, saying: “We at NPA fully appreciate that efficient port operations will enable our government and businesses provide services that are affordable and sustainable, leading to reduced poverty and inequality”.
He urged the Bank to sustain the support and synergy especially now that the Authority is in search of alternative funding sources to bridge its infrastructure gaps.
“We look forward to better collaboration with the Bank in the development of more mega or deep-sea ports across the country with world class facilities, high quality and efficient operating system, like the Lekki Deep Seaport, which is now our priority.
“With the quality of attention being paid by the Federal Government to port infrastructure renewal, we are very confident that moving goods to and from Nigeria’s seaports would soon be top of the range, cost efficient and comparable with the leading ports of the world.
“We have made remarkable progress tackling the intractable traffic gridlock on the port access roads with the deployment of an electronic call-up system for trucks, called ‘Eto’. There is room for improvement, the Apapa Port axis is good but on the Tin-Can Island Port corridor,  we’re calling for a quick fix before the rains”, he appealed.
The NPA MD informed the World Bank team that the 25-year Port Masterplan which had earlier suffered some glitches is now back on course, stressing that the authority will work collaboratively with the Bank in the operationalisation of the port master-plan.
Earlier in his remarks, Ahmed assured his host that the World Bank Group would continue to partner Nigeria and other interested countries to develop transport infrastcturure and services that are safe, green, efficient and inclusive. He stated that the Bank is happy to partner the authority over the years and intends to continue to provide the assistance to the Authority in the journey towards becoming the preferred destination of cargo in Africa.
The World Bank and IFC delegation expressed both organisations’ willingness to work with the NPA in the improvement of port infrastructure under a public private partnership arrangement between the Authority and other third parties. They equally requested for a project tracker report on the actions and milestones recorded in the port concession programme so far.
Ahmed also informed his host that his office would assist the authority in its review of the concession agreements with terminal operators: including governance; pricing; operations; transit/exit from the port; traffic management and other key issues, as outlined in the concession framework.
While speaking during the meeting, Mulamula disclosed that the IFC (a member of the World Bank Group), is set to make an investment in the Lekki Deep Seaport, just as it is willing to support the Terminal Operators upgrade their facilities and equipment. He further said that the IFC plans to invest funds for the rehabilitation of the Tin-Can Island Port as a private participation in infrastructure (PPI) project.
In a related development, the NPA MD along with members of the Management team met with the officials of Bollore Transport and Logistics Nigeria (formerly SDV Nigeria) led by its Managing Director, Folashade Akanni-Shelle.
The delegation from Bollore spoke about their company’s desire to expand its logistics facilities across the country, to boost its market share and service offerings in areas like customs releases, warehousing and door-to-door delivery to clients.
Akanni-Shelle explained that her organization remains a major operator in transport and logistics across the continent, “we hope to sustain the cordial business relations we have established with the NPA for the benefit of the Nigerian economy”, she said.
Bello Koko assured Bollore of the Authority’s commitment to work closely with all its local and international partners. He charged Bollore to identify likely locations suitable to set up such logistics bases, in particular at the Eastern Ports where such facilities are currently less available.
Share