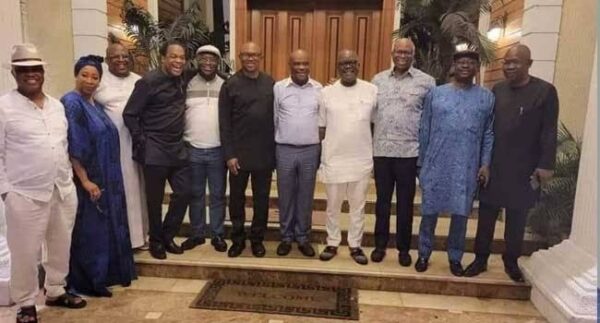 • Wike’s camp properly briefed about postponement, a shift in venue to Abuja – Atiku team
• No comment from Wike, Obi after a midnight meeting
• Away from the norm, Wike commissions project by himself despite inviting the Bauchi governor
• Says he’s not interested in becoming Minister
• Crisis in Kwankwaso’s NNPP as Shekarau considers exit

With time running fast to the commencement of the presidential election campaigns next month, the mind games playing out between camps of the two gladiators of the opposition Peoples Democratic Party (PDP), keep throwing spanners in the works and dimming hopes of an accelerated resolution to the crisis in the party.

The Rivers governor has been meeting with top politicians recently, especially, those from other political divides, raising speculations about his loyalty to the PDP after failing to clinch the party’s presidential ticket.

Although Wike has repeatedly pledged his loyalty to the main opposition party, his body language suggests divided loyalty.

Although the purpose of Wike’s meeting with Obi could not be ascertained, it may, however, not be unconnected with the elections. Just like the previous meeting on June 22, 2022, the motive for the latest meeting was not made public by either politician.

Social media users have expressed delight in the growing political bond between Wike and Obi, describing it as a good development. They also prayed for Obi to secure the support of Wike ahead of the elections.

It was gathered that members of Wike’s team had arrived in Port Harcourt for the scheduled reconciliation talk, when they heard Atiku’s team was not coming due to the homecoming organised for the candidate in Adamawa on Monday.

A source, who was in Port Harcourt with one of Wike’s team members, said the team was disappointed that Atiku’s camp postponed the meeting without adequately communicating with them.

Reacting, an insider in Atiku team, who chose to remain anonymous, said it was not true that the postponement of the meeting to this Friday or next Monday was not properly communicated to the Wike camp.

“The issue of disagreement was on the venue. Wike was insisting that the meeting should hold in Port Harcourt, but we are saying no, let’s have it in a neutral place and we suggested Abuja.

“We are not shutting the door to an amicable resolution of this crisis, we want to move forward, but Wike seems to be overreaching himself. You can’t be saying you are committed to reconciliation and you are flirting obviously with the opponents.

“Maybe he thinks he has value and the way to market it is to flaunt himself, but he has unwittingly given the opposition within the PDP in the state a voice to come together and look him in the face.”

AMID speculations about his next move, Wike has said he is not interested in becoming a minister after his tenure as governor. The governor stated this, yesterday, at the inauguration of the newly constructed lounge at the Port Harcourt International Airport, Omagwa.

“So, if you don’t want to win an election, it’s your business. I’m not the one running the election. He who wears the shoes knows where it pinches him.”

As the usual practice, ministerial appointments are some of the appointments used to compensate aspirants who lost out or stand down in a political contest.

Wike had inaugurated the lounge in the state unlike his usual practice of inviting special guests to do so. This is despite having Governor Bala Mohammed of Bauchi State present during the commissioning.

At the end of his speech, Wike, who would usually invite the special guest of honour to speak to the people and commission the project, just told the Bauchi governor to accompany him cut the ribbon. He had recently been criticised for bringing members of the All Progressives Congress (APC) to commission his projects.

Speaking further, Wike urged supporters of any presidential candidate to come home and campaign for their candidate rather than staying in Abuja.

He said: “You want to support a candidate, you are not at home, you’re in Abuja. Come home and campaign and work for the party. Stop this Abuja politics of carrying rumours to the candidate.”

He described it as an inconsequential confession of support by some politicians for Atiku if they are not working to mobilise grassroots voters to secure electoral victory for the party.

The governor added that it is the quantum of individual votes from polling units, local councils and states that would determine victory for Atiku in 2023 and not rumour peddlers.

“We are busy campaigning with our projects on how our party will win the election in the state. Other people are busy in Abuja carrying rumours and gossip. We are busy here (Rivers) on Monday, Tuesday, Wednesday, Thursday, Friday, and Saturday.

“Every day in the newspapers, Wike did this, Wike did that, then they will call the candidate, you see what I said about Wike today. Rent seekers. No job. Instead of you doing something that will make your party to win the 2023 elections, you’re only busy every day with Wike saying this. I think a party that wants to win election cannot on their own be causing a problem for themselves.”

MEANWHILE, an upset may be in the offing in the new but promising New Nigeria Peoples Party (NNPP), following moves by other top parties to woo one of its biggest new entrants, Senator Ibrahim Shekarau, from the party.

Shekarau, a two-term former governor of Kano State and current senator for Kano Central had defected from the ruling APC to the NNPP, led by Senator Rabiu Musa Kwankwaso, also a former governor of the state, in June this year with thousands of his supporters – a development many described as a major step in the new party’s move to claim Kano from the APC.

He was thereafter offered an automatic return ticket to the Senate after his defection but it was observed that none of his associates was offered any elective position by the party in the list submitted by the party to the Independent National Electoral Commission (INEC).

It was gathered that Shekarau and his associates had continually demanded that the party implement the terms of agreement it reached with them before their defection, among which was a nomination ticket for an unspecified number of the former governor’s associates.

However, following the official closure of substitution of candidates by the electoral umpire and NNPP not yielding to Shekarau’s demand, tension aggravated with other political parties, including the APC and PDP reaching out to Shekarau to consider joining them.

An associate of the former governor, who is also a member of the Shura Council, Shekarau’s structure and highest decision-making body, told our correspondent that the automatic ticket offered Shekarau to return to the Senate was not part of the demands they submitted to the NNPP before crossing over to the party.

The source said the NNPP had probably decided that having Shekarau run for the Kano Central senatorial district would be to its advantage. He however said the party’s decision to ignore the main demands of the Shura Council had been considered a red flag from the beginning of the union.

Confirming the development on Tuesday, the spokesman for Shekarau, Dr Sule Yau Sule, said it was true that both APC and PDP had been making overtures to his boss and it was based on that the meeting of the Shura Council was held on Sunday, where Shekarau briefed members of the council on proposals from both parties and the challenges with the NNPP.

Sule said at the meeting, several people spoke for and against joining both PDP and APC and afterwards a 30-member committee was set up to look into the development and recommend a way forward.

“The 30-member committee will present its recommendations this Thursday. So, it is after that our next line of action will be made public,” he said, noting that the Council is also considering reaching out to the national leadership of the NNPP.

“As such, it is not entirely true that we are planning to exit,” Sule added. 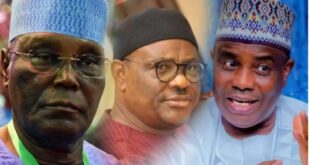 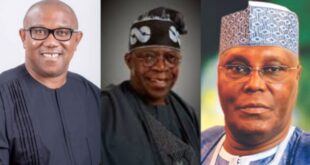 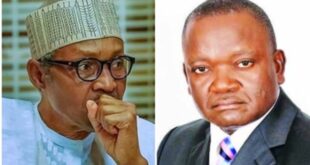 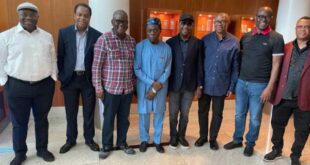