Why We Denied Five Star Logistics Access To Our Platform- Compt. Oloyede 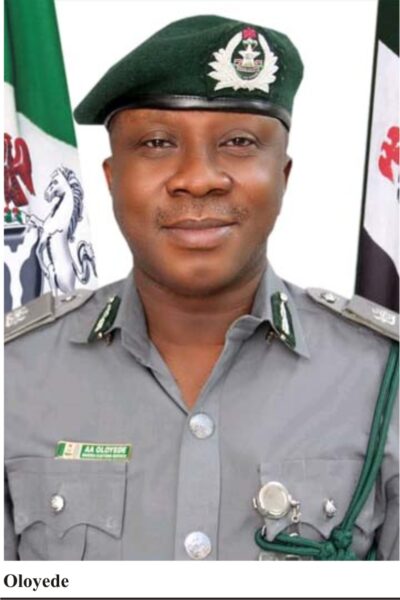 The Tin Can Island Customs Command presented its half year report last week with a recorded 73% growth in export and N274billion generated in six months as import.  The Customs Area Controller(CAC) of the Command, Compt. Adekunle Oloyede narrated how the Command managed the Five Star Logistics crisis arising from their default in payment of over N90million liability to Customs. But what happens to the shipper on the cost accumulated in this period of crisis? Have you also been wondering why you never get to know much about all suspects arrested and prosecuted by Customs over years? Oloyode tried to explain that and the Vin-Valuation challenge in this media engagement. Excerpts:

There is no face- off between Customs and Five Star Logistics. It was while profiling our system we found out that there are some unpaid assessments which was traced to Five Star Logistics and we requested that such should be paid. We have been on each other for over three months. They had some near- to- correct reasons on why they should not pay but the system does not work like that. We gave you a system to use which you are supposed to protect. We are not supposed to protect your system against whatever attack you receive externally. But as at Thursday they had paid the liability. However, since it involves investigation that had gone up to the level of CGC it is normal that we wait for the investigation to be concluded and wait for directive from the CGC to open the platform for them on confirmation of payment. The point to note is that we did not lock their access we only denied them access which we gave them free.

However, we can withdraw this access anytime when we find them wanting on anything.  I thank the officers in charge of valuation,and the CIU who  are at alert to monitor what the trading public is doing in our system, we have ICT serving officers who are on the system 24 hours  looking at what our stakeholders are doing. This explains why despite the one-month problem with Five Star Logistics we still make not less than N2 .5billion per day. Yesterday, we made over N4.2billion. And going forward, because we are about going into the ember period we will shock this nation.

On the absence of Mercedes Benz on the VIN-valuation platform, you cannot bring in a Mercedes Benz of 2010, and expect to see it there. It is against the government policy of age restriction to12 years. Don’t let us continue to talk about this because it shows the ignorance of either who is asking  or who is giving you the information. The system is there to protect government policies. So any other brand that is within the policy of the government you will find it there. We use a third person database so vehicles from Dubai may not be found there. So we have told the stakeholders to get us the list of vehicles that are not on the platform. We are ready to accept. It is not cast on stone, we are ready to upgrade and we will continue to do that to meet the yearnings of the stakeholders.

You talked about suspects; litigation is not a one day affair. We have cases of 2015 on my table. We cannot populate into our system what has not been resolved it will be sub judicial.  So, until the court processes are done we can’t upload them on our system.

The 2022 Fiscal Policy was published by the Federal Ministry of Finance on the 1st of March 2022. The major highlights of the 2022 Fiscal Policy measures include the introduction of the excise duty on non-alcoholic beverages, cigarettes and tobacco products as well as telecommunication services. There was also the utilization of two chapters 98 and 99 initially reserved by the World Customs Organisation(WCO) for contracting parties. These chapters will now accommodate imports made by bonafide assemblers and manufacturers who use these products as input in critical sectors of the economy. However, accesses to these chapters require a verification procedure from the Ministry of Finance through the Customs Headquarters. Initially, goods imported into Nigeria were prohibited from exportation. However, the new fiscal policy allows for goods imported into Nigeria to be exported subject to payment of 2.5 per cent of the current market value of the item being exported.

The operational processes of the Nigeria Customs Service in the year under review strongly align with the theme for the 2022 International Customs Day which was ‘Scaling up customs digital transformation by embracing a data culture and building a data ecosystem’. This is evident through the implementation of the VIN-Valuation service, a service that depends solely on the information stored on Customs and third party databases to determine the value of an imported vehicle for the purpose of determining customs duty.

VIN-Valuation was deployed in March 2022 as a Service which uses information obtained through Artificial Intelligence (AI) to assign values to an imported vehicle based on its unique identification number otherwise known as the chassis number.

The objective of the VIN-Valuation Service is to simplify and facilitate the customs clearance process of legitimately imported vehicles by providing a uniform, fair and neutral value across board on vehicles with identical brands, model and year of manufacture in line with the provisions of Article VII of the General Agreement on Tariffs and Trade (GATT) of 1994.

At the Command level, we faced challenges at the early stages of deployment due to the degree of understanding of the process most especially on the part of stakeholders, nevertheless, we have been able to overcome them as we put into force Article 2 of the Trade Facilitation Agreement through continuous engagement and consultation with the relevant stakeholders which led to updates and upgrades of the system to address some of these challenges. We have also strengthened the risk management structure to mitigate the consistent attempts by some non-compliant agents to abuse the process through acts of commercial fraud such as falsification of documents and forgery of signatures.

So far, the VIN-Valuation has helped the command to achieve an expedited clearance process due to predictability of value-assessment, increase in revenue generation, improved ease of doing business, generation of accurate statistics for Federal Government and a host of others.

In the area of enforcement and anti-smuggling activities of the Command, various seizures and detentions were made. These include 145kg of Colorado (Indian hemp) concealed in 2 units of Ridgeline trucks and 2 units of Toyota corolla vehicles, 206, 000 pieces of machetes, 640 bales of used clothes, 236,500 pieces of used shoes, 62,500 pieces of new lady’s shoes, 1,670,400 pieces of Chloroquine injections (5mg/5ml), 1,814,400 pieces Novalgen injection (500mg/5ml), 48,850 rolls of cigarettes and 23,800 tins of sodium bromates & baking powder. In addition to the above, other detentions made include 3,303 pieces of motor batteries found in three containers falsely declared as three unit of used Toyota Hiace buses, four (4) units of used Mack truck heads, one unit of used Toyota Sequoia 2008 model, one unit of used Mercedes Benz GL450 2008 model and one unit of used 2011 Toyota 4Runner. We handed over one (1) suspect, one(1) arm pistol gun, two (2) pistol gun, two (2) empty magazines and 300 rounds of live ammunition to the DSS for further action.

The import of the seizures and items detained contravenes sections 46, 47 & 161 of the Customs strike force, Federal Operation Unit(FOU)as well as interventions by sister regulatory agencies such as National Drug Law Enforcement Agency(NDLEA),National Agency for Food and Drug Administration Agency(NAFDAC), Department State Security(DSS), Standard Organisation of Nigeria (SON), the Nigeria Police and others in making these seizures and detentions.

Tin Can Island Command has so far experienced an increase in export activities for the first half of the fiscal year 2022. The Command recorded an outward throughput in export cargo of 138,246.50 metric tons representing an increase by 73 per cent from 100, 500 metric tons recorded in 2021, with an Free on Board(F.O.B) value of N100, 447, 304, 814. 00. This also represents an increase of 60 per cent from N66, 294, 630, 421. 00 recorded in the fiscal year 2022. We commend the management of the Nigerian Ports Authority(NPA) for their seamless collaboration with the Command in facilitating the clearance process of export-related cargo at Tin Can Island Port Command.

In the area of trade facilitation, the Command continues to provide a conducive environment for trade through continuous engagement and collaboration with relevant stakeholders and regulatory agencies of Government. Additionally, the dispute settlement structure of the Command aligns with the provisions of the import duty mechanism outlined in paragraph (H) subparagraph (8) of the Import Guidelines, Procedure and Documentation Requirements which allows an importer to take delivery of his cargo in the case of persistent dispute after securing a bank bond, the total duties and taxes payable on the item being disputed.

We continue to express our appreciation for the support and clear sense of direction from the Comptroller General of Customs Col. Ibrahim Hammed Ali (rtd.) and the Management of the Nigeria Customs Service for their relentless effort towards strengthening the capacity of the service to perform its statutory responsibilities in line with international best practices.

Finally, the Command will continue to put in more efforts towards better performance and is optimistic that with the e-Customs agenda of the Service and the recent deployment of non-intrusive technology such as scanners, we would be able to achieve more in our core responsibilities of revenue generation, trade facilitation and enforcement of Government Government’s fiscal policies.

NNPC Ltd and Echoes of 2007, By Magnus Onyibe

Government Has Not Taken Any Strategic Step To Promote Export – Dr. Madu

Why Cadets Do Not Have Sea Time – Dr. Onyung 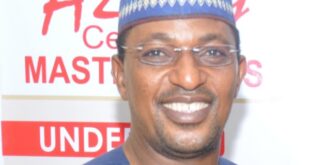