Why SPOMO Act Will Fail Nigeria, Gulf of Guinea 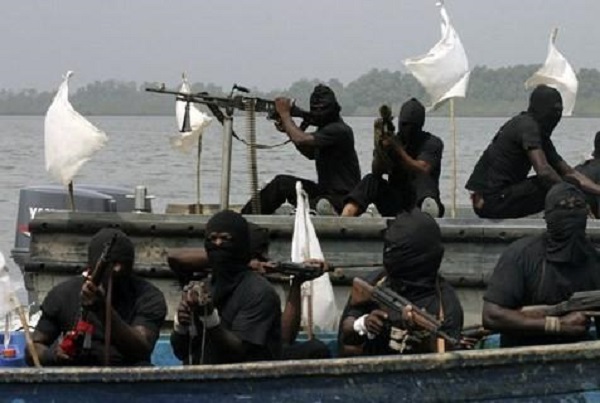 Despite intensified efforts against sea piracy in Nigeria and the entire Gulf of Guinea (GoG), the much celebrated Anti-Piracy law, Suppression of Piracy and Other Maritime Offences (SPOMO) Act will not deliver the mandate of prosecuting offenders, in its current form.

Legal experts argue that in its present state, the SPOMO Act has too many loopholes, including grammatical errors that could be misleading and encourage lawyers to elongate the judiciary process with debates on several issues.

Some analysts, however, posit that the flaws may have been intended by some syndicates during the drafting, editing and passage of the law at the National Assembly and Presidential quarters to circumvent the process of administering justice on pirates.

MMS Plus recalls that the draft of the SPOMO Act was prepared by Mr. Mike Igbokwe (SAN), a cerebral maritime lawyer, while the document was also reviewed by several committees before reaching the National Assembly, Attorney-General and the Presidency.

One of the major shockers in the Act is the use of ‘privacy’ other than ‘piracy’ in crucial portions of the legislation, highlighted on the Explanatory Memorandum, “This Act provides for the Suppression of Privacy and other Maritime Offences, gives effect to the provision of the United Nations Convention on the Law of the Sea (UNCLOS), 1982 the convention for the suppression of unlawful acts against the safety of Maritime Navigation (SUA) 1988 and its Protocols.”

This erroneous utilization of ‘privacy’ in place of ‘piracy’ was spotted by our correspondent in five places in the SPOMO Act.

Speaking with our correspondent last week, the Director-General, Nigerian Institute of Advanced Legal Studies, Prof. Muhammed Ladan warned that this typo error could encourage delays and varying interpretations by lawyers.

His words: “There are lots of typo errors in the SPOMO Act. For instance, right from the beginning, immediately after the cover page, you’ll find that in one place ‘piracy’ is spelt as ‘privacy’. So, if this kind of case goes to court, this is where lawyers waste time to determine whether you’re referring to sea piracy or sea privacy because of the typo. If you read further you’ll see the right words all through the document but if a lawyer wants to make noise he or she will start by wasting the time of the court on that particular issue. This issue and other typo errors or conflicting aspects have to be addressed speedily.”

Our efforts to reach Mr. Mike Igbokwe (SAN) who drafted the Act to find out if the error was captured in the maiden script or smuggled in during the review, were futile as Igbokwe didn’t take his calls at several attempts.

Another shocking development is that three convicted pirates have been fined only N20million as punishment by the Federal High Court (FHC) in Port Harcourt, leaving stakeholders amazed at the meager penalty for the capital intensive crime.

The three convicts were part of the nine accused persons who on March 21 hijacked an Equatorial Guinea flagged vessel, MV ELOBEY VI, off Equatorial Guinea coast, demanded for a $2million ransom out of which $200,000 (over N90million) ransom was eventually paid.

“Justice Ishaq Sani summarily convicted Binaebi Johnson, Daniel Lemmar and Ghane Gordon on Counts 1 and 2. He said that the three were convicted under the new Anti-Piracy Act 2019 and ordered to pay a fine of N10 Million each on each of the counts,” Navy Director of Information, Suleman Dahun said.

Meanwhile, in the Part II of SPOMO Act, Section 12 states that, “a person who commits an act of piracy, armed robbery at sea or any other unlawful act under this Act, whether or not he was armed with a firearm or other weapon during the commission of the offence, is liable on conviction to life imprisonment and fine of not more than N50,000,000, in addition to the restitution to the owner or forfeiture to the Federal Government of Nigeria whatever the person has obtained or gained from the commission of the crime”

“where any person commits a maritime offence, armed robbery at sea or unlawful act apart from piracy, depending on the nature and severity of the maritime offence and during the commission of the offence was in possession of or had under his control any firearm, explosive, or BRCN weapon, is liable on conviction to at least 15 years imprisonment, in addition to and without prejudice to the restitution to the owner or forfeiture to the Federal Government of Nigeria, whatever property or gains he has obtained from the maritime offence or unlawful act.”

Since the SPOMO Act stipulates life imprisonment, why was the maiden judgment tolerant with just N20million penalties on convicts, maritime observers have asked?

“We could as well encourage these pirates to aim for large vessels, collect huge ransoms and when they are apprehended they utilize a fraction of their earnings to pay fines,” a maritime expert quipped.

Shipping experts also posit that when considering the cost of tonnage of vessels usually attacked which exceeds N100million and the value of the vessels and contracts lost due to piracy, the N20million judgment meted out using SPOMO Act is insignificant.

Meanwhile, speaking on the mistakes in the SPOMO Act, a veteran maritime lawyer, Mr. Emmanuel Nwagbara expressed worry that such errors escaped the eyes of the draftsman and other legal experts and parliamentarians.

Nwagbara, however, argued that, pending the review of the SPOMO Act, the interpretation that will be given to the Act is piracy and not privacy.

Nwagbara also explained that in legal draftsmanship, where a draftsman uses a language capable of two or more interpretations in several places; the last word will be taken as bearing the meaning the draftsman had in mind when he was writing.

Speaking with MMS Plus, the Director General of NIMASA, Dr. Bashir Jamoh noted that the agency has started the process to review the SPOMO Act and expunge the problematic areas.

“It is true that there are some errors in the SPOMO Act but we are making the first amendment in the House of Assembly. They are reviewing it because there are some areas to make substantial corrections,” Jamoh said.

According to the NIMASA boss, the apex maritime agency has also sought to streamline these discrepancies during its annual maritime seminar for judges.

Speaking on the convictions using the SPOMO Act, Jamoh argued that the Act has been successful with the prosecution of 10 persons.

“With SPOMO Act, after a case in Port Harcourt, 3 out of 9 persons were convicted and in a separate case in Lagos 7 others were convicted making a total of 10 convictions. However, the 10 maiden suspects are still awaiting trial in Lagos High Court. We’re expecting judgment any moment from now,” he said.

The SPOMO Act is expected to summarily prosecute apprehended pirates and some analysts posit that NIMASA and the Nigerian Navy may have more difficulty apprehending the pirates than using the legal instrument.

Speaking with our correspondent, a maritime expert who preferred anonymity said; “In this 2021, there are lots of kidnapping and piracy still going on in the Gulf of Guinea as reflected in the International Maritime Bureau (IMB) report of the first quarter of the year.”

“The menace is still there and it’s on the high side. It’s when pirates and sea robbers are arrested that the enforcement of the Act can come into existence but if they’re not arrested nothing can be done. The issue now is how can they be arrested?”

While expressing optimism with the impending commissioning of the Deep Blue Project, the source stressed that the Niger-Delta which is the hot-spot for kidnapping, is a small place where the inhabitants of the Islands have mingle with residents.

“The most problematic area or piracy hotspot in Niger-Delta is a small island. This Island is where all these atrocities are committed, but it’s a really small place. One can’t believe that people exist there but they do and security agencies are not paying attention to these areas. It’s easy to commit crimes and escape through this island. What people are asking for now is a strong surveillance system and availability of local securities that would be transparent and faithful to the job,” she stressed.