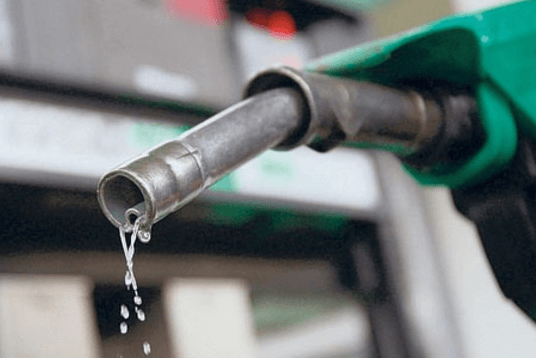 Oil experts have lamented that almost 40% of the costs incurred in the nation’s oil downstream sector are borne out of inefficiencies attributable to pipeline vandalism, fendering and rent-seeking, responsible for unstable prices of petroleum products in Nigerian markets.

Noting that most of Nigerian imported petroleum products are conveyed via tankers because of the high level of pipeline vandalism and low integrity of the nation’s piping system, veterans at the Oil Trading Logistics (OTL) Africa Downstream Conference, stressed the need to address the ills to salvage the nation’s oil sector.

Fendering which costs about $10,000 for one trip, logistics cost of using tankers instead of pipelines, $30,000 expended daily on offshore installation site for security, are some of the ills plaguing the industry despite plans to fully deregulate the nation’s oil sector.

A former Chief of Naval Staff, Nigerian Navy, Vice Admiral Dele Ezeoba (Rtd) described deregulation as a game-changer for the sector but he warned that the gains of deregulation could be eroded if the inefficiencies remain.

His words: “Between 30-40% of the cost in the downstream sector is due to inefficiencies. If we could address these bottlenecks, including the multiplicity of rent-seeking in the industry, we would have better pricing for petroleum products. If you land a product for $400 for instance, between the point of discharge or transshipment and the tank farm, you would have added another cost of about 60 percent.”

“If Nigerian refineries and the nation’s pipeline integrity is restored, the nation would depend less on importation. The excesses that come because the nation is importing petroleum products would also be cut out and deregulation would be less painful compared to the situation in the country today.”

“As industry operators, we have to look at these issues which have made it difficult to get petroleum available at an affordable price for Nigerians. If we are using the refineries and the pipeline integrity is restored, things like demurrage would no longer be there or it would be reduced to the barest minimum. Fendering which costs about $10,000 for one trip would also be out of the equation. These factors when added up are what make the pump price much higher that it should be. Let’s do the needful and be more patriotic so that this country would be better for us.”

While he lamented that these challenges cause oil spillages, fires and explosions with consequent socio-economic loss to country and its residents ranging from third degree injuries and burns to loss of lives and properties as well as environmental degradation, he posited that strategies targeted at promoting safe operations and global best practices in the sector is key to ensuring its sustainability.

Sanwo-Olu who was represented by the Lagos Commissioner, Ministry of Energy and Mineral Resources, Hon. Olalere Odusote, stressed that leveraging digitalization and data-driven decision making is imperative to helping the sector minimize its carbon footprint and increase productivity.

He maintained that Lagos state government is fully committed to ensuring energy security and deepening the utilization of cleaner fuels in Lagos to ensure a safe and sustainable environment for its residents..

When quizzed by our correspondent as to how the government’s call for the use of cleaner energy should be juxtaposed with the recent increase in retail cooking gas, Olalere said gas is relatively cheaper.

“We have to be careful when we talk about cheap because cheap is a relative word. Nevertheless, gas is cheaper than other fuels in Nigeria. I’ll give an example. Let’s look at the amount of respiratory illnesses at Nigerian hospitals is very high. We need to reduce that and the way to reduce it is to reduce emission. Reducing emission has a direct effect on our health. So, if we say gas is expensive, we certainly shouldn’t try illness. On this issue of the cost of gas going higher, if you compare gas to the other fuels today, gas is still cheaper than all. It is cheaper than diesel and non-subsidized petrol. This takes us to petroleum subsidy because it is something we should stop. People need to realize that the money spent subsidizing fuel is money we can’t spend on infrastructure,” he told MMS Plus.

In another development, the Chairman of Nigerian Ports Consultative Council (PCC), Otunba Kunle Folarin has lamented that the African Continental Free Trade Agreement (AfCFTA) is late by over 50 years.

The PCC boss, who was speaking with MMS Plus during an exclusive chat last week, said “what are the principles that will be used to establish the processes to achieve AfCFTA’s objectives? If you read the protocols of the document, you would know that we are about 50 years late. The policy is late because the industries like agriculture, which could have been key in the exchange of goods, aren’t the same again. Those who have advantage in agriculture are those who are industrialized. What is Nigeria’s agric sector like, what can we exchange in terms of demand and supply?”

While he stressed that Nigeria needs to address its infrastructure challenges to make Nigerian products available to other regional countries at a competitive cost, he also suggested the development of a working document called 3S; ‘strategic plan’, ‘strategic alliances’ and ‘strategic implementation.’

“There must be a strategic plan for Nigeria’s participation in the regional agreement. There must be strategic alliances with the countries we need to deal with, because it’s not all the 54 countries that we have to trade with. We have to look out for countries that have what we need or demand and also consider what we can supply them. The last one is strategic implementation; this entails how to get the resources for trading,” he said.

He, however, posited that there should be balance in the trade under AfCFTA; noting that it wouldn’t be appropriate for Nigeria to export goods and services worth $10million and the receiving nation demands only $1million from Nigeria.

“We shouldn’t create a regional monopoly to replace the global one. So, the complaints about inequality in trade balance in Japan would become and inequality in trade balance with Rwanda. With AfCFTA, all we have seen so far is a wide campaign for opportunities in the region. What are the parameters to attain the realization of these opportunities? Is it the banking system? Would the goods be insured from Lagos to Rwanda, so that on arrival it isn’t labeled as spoilt? This was a problem with Europeans on cocoa export several years ago and they would grossly undervalue the product which the claim that they were spoilt. These are the fundamentals that I’m yet to see with AfCFTA,” he added.

Also speaking ahead of MMS Plus business round-table on the proposed excise duty collection on certain items like beverages, water, among others, by the Nigeria Customs Service (NCS), Otunba Folarin argued that the move may lead to diminishing returns as production of such items may stall.

“From the first principles in economics, the successful application of factors of production will lead to diminishing returns. If you say that everything that produces, you would use it to continuously extract funding; when this becomes successive, you get to a level of diminishing returns. This is because the demand for these beverages could go beyond the reach of those who demand it. Consequently, production would fall and the returns would diminish.”

“Initially, the government may gain because the rationale behind this move is revenue generation. This is one of the areas critics have been complaining about. Customs isn’t playing its role as the habitat for conserving the overall integrity of the country’s economy. When you look at the overall integrity of the nation’s economy, you ask questions like: why do we import? Sometimes it’s for factories to engage in production and generate employment. We are concerned about employment because we want to minimize time for people to be criminals.”

According to him, employment generation and not revenue generation should be the focus of any policy on excise duty; meanwhile, he described the nation’s economic policy thrust as a one-way traffic geared towards maximizing revenue collection without regard for the consequences of the policies.

“It’s okay to want more revenue, but have we studied the unemployment and social consequences that would emerge from this policy? Should Nigerians start drinking drainage water and water from rain pour, just because the government wants excise duties on water? There would always be a need for alternatives which might create several new conditions such as health concerns, attitudinal issues and the social ills enumerated earlier. We must weigh the consequences against the gains and decide which should be prioritized; a social order or a political order,” he said.