Why Apapa Traffic Will Persist- Shittu 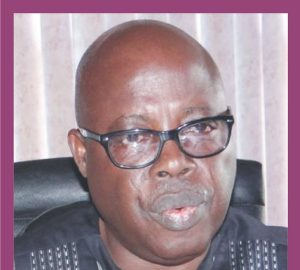 Former President of the Association of Nigeria Customs Licensed Agents(ANLCA), Prince Olayiwola Shittu has linked the perennial gridlock on the Apapa access roads to the presence of too many petroleum products tank farms close to the roads.
Speaking at the inaugural roundtable conference of the League of Maritime Editors and Publishers, Prince Shittu stated that those who built the tank farms have done a.lot of disservice to Nigeria.
“In a country where nobody pays for the consequences of their actions, the people who approved the citing of the tank farms should be prosecuted. The congestion on the Apapa roads is less than 20 years. Before then, there was no traffic jam. Right now, the seaports should be expanding to built up areas by demolishing buildings to expand the ports and government will pay compensations for the destroyed buildings but that cannot be done because the ports are surrounded by rank farms,” Prince Shittu said.
The foremost freight forwarder further explained thàt another way the Nigrrian Ports Authority (NPA) can ease the Apapa congested roads is by diverting some cargoes to the outer seaports in Port Harcourt, Warri, Calabar, etc.
“I can tell you that the outer ports are functioning. As I am talking to you, we are taking delivery of a barge to my company at the Warri port. NPA needs to divert some cargoes to the outer ports and ensure the security of the cargoes involved”, Prince Shittu further explained.
On the scanners for the ports, Prince Shittu said that the issue was politicised as everybody saw it as an opportunity to make money.
“Even with the presence of the scanners, we still do 100% examination because of the quality of the cargoes, so what is the advantage of the scanners. And now, they are talking of e-Customs. We don’t even know what it is all about. There should be sensitisation so that the freight forwarders would be carried along.”
Prince Shittu further said that he had asked the former Director General of NIMASA to train freight forwarders under their Corporate Social Responsibility (CSR). Nothing came out it.
“I don’t know how Ghana can be building new ports, but here, we are making politics out of the proposed Inland Dry Ports, painting mountains when we cannot even maintain the seaports we have. Anybody who has the opportunity to visit the Ghana port will testify that it is a standard port. There is sanity at the port,” Shittu said.
The former ANLCA helmsman also frowned at the presence of regulatory agencies at the seaports, adding that “their physical presence at the ports is the reason for the extortion and corruption is on the increase, because we must see ourselves before we can be able to discuss bribery and extortion. The system was created for enrichment and that is why many people would pay any amount in order to be posted to the ports.
On the Nigerian Ports Process Manual (NPPM), he queried the process when it was mooted because it ran counter to the government’s ease of doing business at the ports.
“How can we be talking about ease of doing business where government agencies are creating hurdles. An example is 100% examination and multiplicity of check points which negate the ease of doing business at the ports. We should be able to address how Customs officers detailed to the ports would certify the release of containers only for other officers outside the ports to find same containers faulty and there are no consequences on such officers”, Prince Shittu said.

Previous: Nigeria, Others Need $15.7b To Upgrade Refineries
Next: FG targets private refineries to offtake over 300,000bpd