Lionel Messi’s hope for a World Cup winners’ medal will get a big test today when Argentina confronts old enemy, Croatia, in the first semifinal match of the ongoing Qatar 2022 World Cup.

After three weeks of pulsating action, four teams are now left in the race for the title currently held by France, which will meet Morocco in the second semifinal tomorrow.

Today’s game is a battle for revenge of sorts as Croatia defeated Argentina in the group stage of Russia 2018 World Cup. But more importantly, it is a battle for the right to contest the World Cup title, which is the only missing laurel in Argentina skipper, Lionel Messi, rich collection of gold medals.

A win for Argentina will give Messi another opportunity to go for the trophy for the second time in eight years, having lost his first attempt at the Brazil 2014 edition. The victors then were Germany.

Speaking ahead of the match yesterday, Argentina coach, Lionel Scaloni, said it would bring out the real Argentina. The 44-year-old Argentina coach dismissed the insinuation that his team has been lucky thus far. “I don’t buy this idea that we don’t know how to win. The game was played in the right way,” he said.

With a population of just four million people, Croatia has once again defied pundits’ predictions to reach this stage of the competition.Here, they have already beaten the competition’s favourite team, Brazil and to coach Zlatko Dalic, there is no stopping his wards.

“At back-to-back World Cups to be among the four best national teams, that’s an extraordinary success for Croatia,” said Dalic, whose side were beaten 4-2 by France in the final four years ago. “However, we want more. I’m optimistic and have full confidence in my players. They’ve shown their great quality and strength of character, and deserve to be in the final.”

Croatia, who beat Japan and fancied Brazil in penalty shoot-outs to reach the last four, have not won a knockout game in normal time at a major tournament since they came third at the 1998 World Cup. But Dalic said despite the energy-sapping games in Qatar, exhaustion was not even being discussed.

“We are still strong, with energy and enthusiasm, without a doubt,” he said. “We are going to give it our all, just as we have done in previous games. Against Argentina we will do the same, we will give our all. We don’t have any injury problems. They don’t feel tired.” 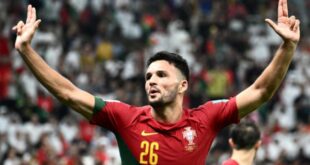