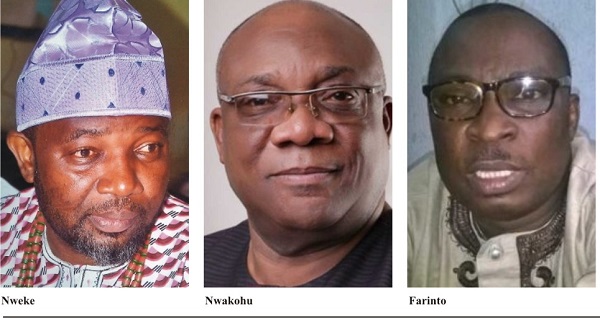 Transportation is an integral part of economic development in any nation. It allows for easy movement of goods and passengers from one part of a nation to another or across frontiers.

Trucking, which is part of such an efficient transport system, also plays a vital role in logistics and supply chain. Little wonder transport experts have argued that operational standards for trucking have to be clearly spelt out and the service regulated by a result-driven body.

In recent years, there seems to be conflict of interests or administrative glitches over the regulation of trucking in Nigeria’s maritime industry while the practice keeps deteriorating.

Nigerian Port Authority (NPA) regulates trucking activities as it relates to access to the ports, especially with the new electronic truck call-up system “eto”. The Authority also made efforts to standardize the trucks operation at port environments with inspections and certifications endorsed by NPA stickers which cost N10,000 per truck.

Nigerian Shippers’ Council (NSC) has been burdened by the onus of regulating trucking costs which rises astronomically when port congestion and other factors negatively influence the service.

The Council for the Regulation of Freight Forwarding in Nigeria (CRFFN) has statutory functions to regulate standards and professionals in the truck haulage business; the regulation, training and controlling people who are engaged in freight forwarding.

At the moment, the Federal Road Safety Corps (FRSC) saddled with the responsibilities of ensuring vehicles are road worthy and training of drivers, is still battling with an increasing number of road crashes on the highways from misconduct of truck drivers.

Data from Nigeria Bureau of Statistics (NBS) and FRSC as at the second quarter of 2020 revealed that 482 trucks and 173 trailer accidents were recorded across the nation. Besides the poor state of the roads, most of these accidents are results of drivers being under influence of alcohol and other hard drugs as well as those that were not trained to prioritize safety.

Recently, a former National President of the National Association of Government Approved Freight Forwarders (NAGAFF), Dr. Eugene Nweke while addressing journalists stated that trucking and other haulage services are integral part of freight forwarding which falls under the purview of CRFFN.

“CRFFN has the mandate to set standards, rules, trends and training of drivers and their conductors, to ensure they abide with best practices in their operations at the port and the vehicles are roadworthy.”

“I believe sooner or later CRFFN will take up this responsibility because truck regulation and standards does not fall under the purview of NPA or NSC. Whatever trucks coming to the port to pick cargoes must be registered with CRFFN for proper regulation, until this is done we would never have a proper regulating trucking system.”

Dr. Nweke argued that NPA isn’t really regulating trucking as it only ensures trucks coming into port are the ones that have Terminal Delivery Order (TDO).

“NPA isn’t regulating in the real sense in terms of the standards or operating conditions or road worthiness of the trucks. The Authority isn’t training drivers and conductors or setting rules. NPA’s primary concern is that trucks without port-pass shouldn’t gain access into the port.”

Similarly, the Vice President of the Association of Nigerian Licensed Customs Agents (ANLCA), Dr. Kayode Farinto told our correspondent that the regulation of trucking is enshrined in the CRFFN Act.

He also criticized Shippers’ Council for charging freight forwarders for registration adding that it was a duplication of charges and services already carried out by CRFFN.

Dr. Kayode further explained that the delay on CRFFN’s part to step up and take up its mandate as enshrined in its Act can be attributed to the crises surrounding the governing council and tenure elongation.

While CRFFN has legal powers to regulate trucks, the history of the regulatory body is nothing to write home about. Corruption scandals and lack of direction inhibit the Council’s bid to achieve its core mandate such as promoting the highest standards in the practice of freight forwarding in Nigeria.

CRFFN has been in existence for over ten years with nothing to show as achievements; while industry stakeholders are gradually losing trust in the mandate of the body and direction of the regulator.

Some port stakeholders are so embittered by the activities at CRFFN that they posit that the entity has lost focus and should rather be disbanded.

While it’ll be unfair to throw away the 10-year old baby which still demonstrates traits of a 1-year old, the concerns bothering on corruption must be addressed and the leadership disposition would have to change for this Council to grow into an adult capable of regulating freight forwarding before venturing into other aspects of logistics and supply chain like trucking.

Commenting on the situation, the President, League of Maritime Editors and Publishers (LOMEP), Mr. Kingsley Anaroke posited that the debate shouldn’t be about CRFFN’s legal powers but its weak administrative structure.

“NPA and Shippers Council have not succeeded in regulating truckers, not even the Nigerian Association of Road Transport Owners (NARTO) has been able to achieve that, how can CRFFN achieve it? They don’t have the capacity to handle it even if they train 1,000 members, they can’t handle it. With the level of corruption and criminality in CRFFN, they should rather be disbanded,” he said.

While he affirmed that trucking and other haulage services in Nigeria are in dire need of efficient regulation, he passed a vote of no confidence in the administrative ability of CRFFN.

“When CRFFN was established, it was modeled after professional bodies like Nigeria NBA BAR Association (NBA), Council for the Regulation of Engineering in Nigeria (COREN), among others. If you meet those who drafted the CRFFN act, they will tell you this. Until the Council gets back on track in terms of focus, it wouldn’t achieve any meaningful goal even though these goals are outlined in its establishing Act,” the veteran journalist said.

Meanwhile, speaking with our correspondent, a chieftain of NARTO, Alhaji Inuwa Mohammed dismissed CRFFN’s stance to regulate trucking at the nation’s port.

According to him, CRFFN should rather focus on regulating and controlling the practice of freight forwarding in order to avoid duplication of duties.

His words: “How can CRFFN be talking of regulating truckers, they should rather face freight forwarders. Truckers should have an agency entirely regulating it. Don’t forget the Federal Government is setting up National Transport Commission (NTC), what will they do then?”

Meanwhile, when contacted the Head, Education and Research at CRFFN, Mr. Alban Igwe on the plans of the Council to regulate trucking, Igwe stated that the Council is currently developing a digital truck haulage platform that will operate like the popular uber model. 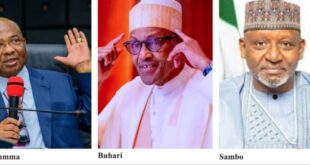 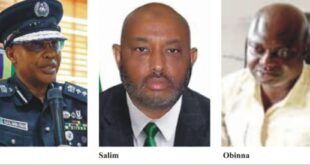 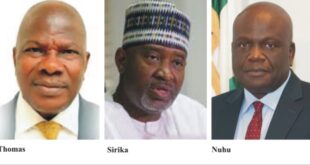 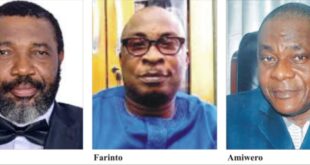 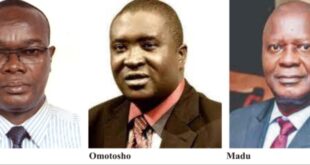 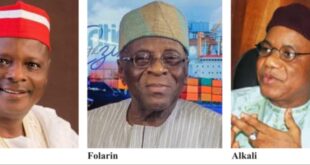