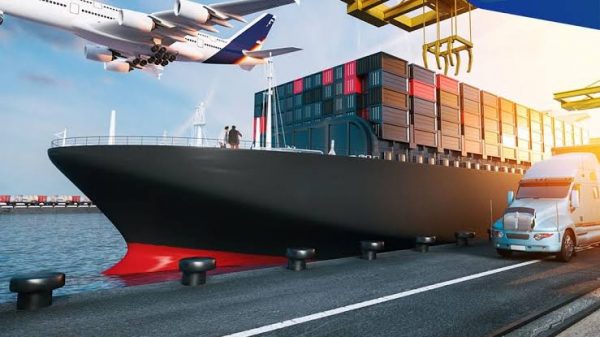 Some of the world’s biggest shipping companies are turning to government support to sail out from the fallout of the coronavirus pandemic.

With a quarter of all scheduled sailings cancelled over the past three months and a collapse in consumer demand from the virus-driven lockdowns, shipping executives said some operators won’t make it unless they are bailed out.

Head of the XRTC Business Consultants and an adviser to the China Development Bank on maritime matters, George Xyradakis, said: “There have never been so many requests for state support.

“Global trade is shrinking, some players are in mortal danger and those who come outstanding will have a long and painful path to recovery,” he said.

State support for shipping is not new but has mainly involved companies in Asia, where governments see ocean trade and vessel construction as vital components of their national economies. This is the first time that many western owners are seeking direct help.

The European Commission prohibits state support for troubled firms and can impose heavy fines for violators. But EU officials said the loan was part of France’s $329billion pandemic-support package, approved in March, and it wasn’t in violation.

CMA CGM also needs help in managing its $17.5billion debt. This year it faces roughly $1.7billion in maturing loan and bond payments, while its shipping volumes are expected to shrink about 10% in a weakening global trade environment.

The company said in a statement that it will use the cash “to confront uncertainties in the global economy resulting from the health crisis and lockdowns.”

German shipowners association, VDR, said shipping is on the verge of a “deep crisis” more severe than the 2008 financial crash when German owners lost a third of their vessels. Germany has one of the world’s largest clusters of private investors in cargo vessels.

“As most German shipping companies are small to medium-sized enterprises, they face extinction without effective support being provided under the KfW programmes,” Hartmann said.

The VDR said revenue among its members tanked up to 40% in March and April from last year, and many face liquidity crunch, as charter rates are down 60 per cent for all kinds of ships.

Hartman expects the situation to get worse this year and “this means that substantial segments of the German merchant fleet are foreseeably endangered in their existence.”

In Greece, where owners control around 20 per cent of the global fleet, the government approved a $35million bailout for a fleet of 100 ferries that depend heavily on the peak summer season.

European and Japanese owners have often criticized the governments in Korea for repeated bailouts of their own shipping firms over the past years. Some complaints have been filed to the World Trade Organisation for resolution, but the European subsidies will make it harder for companies to argue against state aid.

Asian shipping bailouts are big and common as some carriers like South Korea’s HMM, and Taiwan’s Yang Ming Transport Corp. are considered vital assets that move billions worth in exports.

HMM, which has been losing money for years, got $600million in April from state entities that now own a combined 74 per cent of the company. It has received more than $5billion in state support over the past two years to buy ultra-large container ships that will double its capacity.

Taiwan this week announced a $1 billion credit facility to support the country’s big container operators like Yang Ming and Evergreen Marine Corp. from the coronavirus fallout.

“Shipping is part of the economic lifeline of Taiwan and the government will do its utmost to help it weather the difficult times,” Transport Minister Lin Chia-lung said.

Previous ‘How best to harvest post-COVID-19 opportunities at seaports’
Next Dockworkers, Seafarers Exempted From Travel Restrictions As Essential Workers – NIMASA