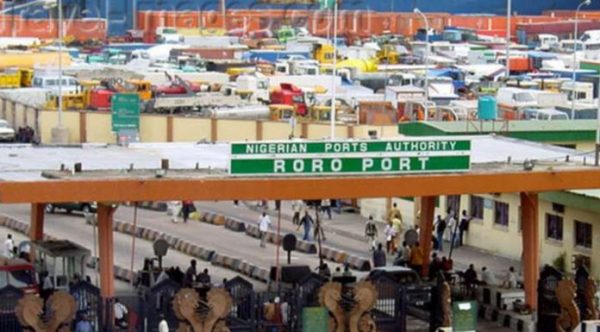 An unknown group of hoodlums have attacked the Association of Nigerian Licensed Customs Agents (ANLCA) Secretariat at Tin Can Port during their maiden meeting of the Western Zone and macheted Comrade Wale Cole, a member of Maritime Workers Union of Nigeria (MWUN).

The crisis took place on Thursday and in reaction, MWUN members halted activities at the port on Friday, threatened to withdraw their services to the port and warned that any further attack on any of its members shall be met with consequences.

According to the President General, MWUN, Comrade Adewale Adeyanju, “this is a signal and the last warning to those hiring hoodlums to attack port workers. They should not toil with us because we won’t allow anybody from outside to come and attack responsible port users who have business to do in the port ‘’.

Comrade Adeyanju condemned the act and beckoned on the Nigerian Ports Authority (NPA), Nigerian Shippers’ Council (NSC) and the Council for the Regulation of Freight Forwarding in Nigeria (CRFFN) to intensify its regulating activities of clearing agents and address security challenges at the port.

In his words: ‘’if the insecurity currently taking place in the port is not well managed, I don’t know where the management of NPA will find themselves. This is a signal that all is not well in terms of security in the port where the police have to run for their dear lives as a result of what happened on Thursday at the Tin Can Island port. The government should also intensify efforts to see how they will regulate the activities of the freight forwarding associations because it is no longer the profession we know, it has changed to where one faction will hire hoodlums to attack another faction and other port users ‘’.  Adeyanju also called on immediate past President of the Association, Prince Olayiwola Shittu and other founding fathers of ANLCA to wade into the leadership crisis rocking the association in the past four years and restore its lost glory.

Also lending his voice to the crisis, MWUN President Dockworker’s branch, Ibrahim Ohize stated that the leadership of the union will not condone such attacks on its members anymore. He said, “this is the second attack on our members this year, we are using the medium to send a signal to the government that if the third attack happens, we will not hesitate to react. We have written a series of letters on previous attacks but up till now nothing has been done and another one is happening now. But we will no longer fold our hands if this continues.”

Also speaking, MWUN Deputy Secretary General, Organising,  Comrade Abdullahi Eroje, mentioned  that a similar incident  took place on the 26th of July when Lagos State Park Management Committee came into the port to attack port workers, leading to the death of four of their members.

The victim of the crisis, Wale Cole is a Chairman of MWUN under the Barge Operations District. He is currently receiving treatment at an undisclosed hospital following threats by the hoodlums to attack him at the Lagoon hospital where he was initially admitted after the incident on Thursday.