The Independent National Electoral Commission has vowed not to extend the June 3, 2022 deadline for primaries even as media observed on Monday that none of the 18 political parties had conducted their presidential primaries three weeks to the deadline.

A document obtained from INEC on Monday showed that the Accord Party scheduled its primaries for June 2 while the Action Alliance fixed its own for June 3.

The African Action Congress is also expected to hold its own on June 3 while the African Democratic Congress and the Action Democratic Party will hold theirs on June 1 and May 30 respectively.

Media learnt that the Social Democratic Party, which had fixed its primary for May 14,  failed to do so.

Sources told our correspondent that parties had fixed their presidential primaries for the last minute in order to carry out negotiations and also lobby INEC.

A PDP chieftain said, “What many of these smaller parties usually do is to hold their primaries very late in order to adopt the candidate of one of the big parties. They use this to get funding. Also, because everyone is still lobbying INEC for an extension of time, everyone is trying to push their primaries towards the deadline just in case INEC obliges.”

Meanwhile, the PDP has again postponed its governorship primary, for the third time this month.

The party also shifted its House of Assembly primaries from May 7 to May 21 while the House of Representatives primary will take place on May 22. The PDP noted that its senatorial primary will be conducted on May 23 as against the initial May 14.

The letter which was signed by the National Chairman of the PDP, Senator Iyorchia Ayu, and the National Secretary, Samuel Anyanwu, read in part, “In the case of the South-East region, due to the sit-at-home order currently observed on Mondays, the Senate primaries will now hold on May 24, 2022, in the South-East zone.

Attempts to get a reaction from the National Publicity Secretary, Mr Debo Ologunagba, proved abortive as he did not respond to repeated calls.

Terminal dates for primaries are firm and fixed, no going back – Commission

In a related development, INEC has said that it is too late to tinker with the schedule of activities for the 2023 general elections.

Mr Festus Okoye, INEC National Commissioner and Chairman, Information and Voter Education Committee, stated this while speaking with the News Agency of Nigeria on Monday in Abuja.

NAN reported that Okoye spoke against the backdrop of the two months extension of the deadline for the conduct of the parties’ primaries recently sought by the Inter-Party Advisory Council.

According to him, any change in the June 3 deadline will affect other activities for elections.

“The timetable and schedule of activities released by the commission are derived from the constitution, the Electoral Act and the Regulations and Guidelines of the commission.

“The chairman of the commission, Prof. Mahmood Yakubu, made it clear that our timetable and schedule of activities and the terminal date for the conduct of party primaries are firm and fixed.”

Igini noted that the 18 political parties have been in the habit of constant requests for an extension of the deadline for the submission of candidates.

He said, “Within the broad outline of the timetable issued, political parties have been making changes and sending letters almost every day shifting dates, venues and time. As disruptive as these changes to our internal workings, these shifts have all been accommodated by the commission to the extent that our staff now work in the field during weekends.

“These changes have been at a huge cost to the commission that deployed staff members to various states from Abuja and within states.

“If l may observe and ask, why is it that political parties decided to leave out the whole of April that they should have commenced the conduct of primaries? Why is it that some of these parties chose almost the last few days to the end of the month of May for these all-important activities when they know that the submission deadline is the 3rd of June 2022? Haven’t they been hearing and reading the chairman’s consistent refrain of constitutional and statutory timelines are “fixed and firmed” at all stakeholders’ meetings?

“Look, as l have said, changes of venues and time within the framework of the already issued constitutional timetable by the commission, no problems and they have been doing that but a fundamental shift is what the commission has advised against to allow for the certainty of timeline for the 2023 elections otherwise we will continue to shift and shift the timetable.” 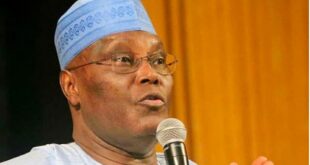 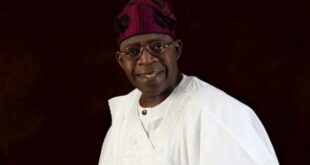 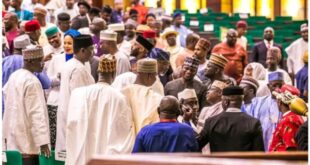 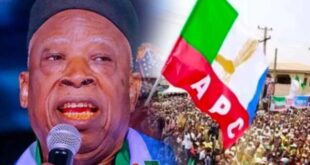 I won’t step down for Lawan, Yobe senatorial candidate insists