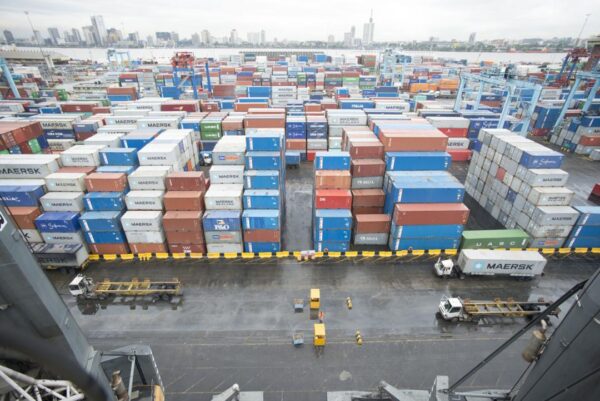 As a way of boosting trade between Nigeria and China, Sinoma Cargo International Nigeria Limited has signed an agreement with a terminal operator, ENL Consortium Limited, to drive shipping  between the two countries.

A statement by the terminal operator said that the agreement was signed in Lagos recently at the 5th China-Nigeria Logistics Special Line Platform Supply Chain Conference.

In his address at the event, the Commercial Consul of Consulate-General of the People’s Republic of China in Lagos, Guo Pengwen, noted that the existing bilateral relationship between Nigeria and China had a huge potential.

“To build a new development pattern of domestic and international dual circulation, it is necessary to make up for the shortcomings of international logistics as soon as possible, and create a global supply chain logistics system that works for us,” the Commercial Consul said.

Earlier, the Executive Vice Chairman and Chief Executive Officer, ENL Consortium, Vicky Haastrup, had recounted how the trade relationship between Nigeria and China had evolved since the 1970s.

“Given these trade relations, the rise of the Chinese economy has changed the direction of Nigeria’s trade and investment from its traditional trading and investment partners such as the United States and Western Europe towards China, India, and Brazil.

“The recent increase in Chinese investment in Nigeria provides an alternative source of external finance to Nigeria. This is not unconnected with the agreement signed between the two countries on the establishment of China Investment Development and Trade Promotion Centre in Nigeria and the Nigeria trade office in China. The operations of Chinese companies within Nigeria’s territory, especially in areas of oil and gas, electric power, construction, real estate, and telecoms have further strengthened bilateral cooperation between the two countries,” she said.

Haastrup regretted that Nigeria’s effort aimed at increasing its export to China had been limited by a lack of exportable commodities, coupled with a poor competitive position.

The Federal Ministry of Industry, Trade and Investment, on Monday, launched the Nigeria Trade …