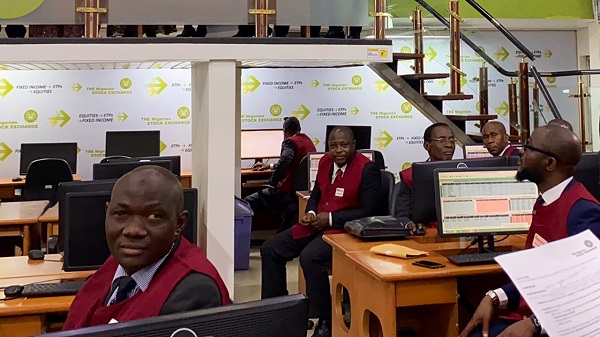 Investors lost N360bn on Tuesday at the end of trading on the floor of the Nigerian Exchange Limited as the stock market extended its decline.

Twenty-three companies, led by Airtel Africa Plc, recorded losses at the end of trading on Tuesday.

Airtel Africa saw its share price fall by 10 per cent to N678. It was followed by Mutual Benefits Assurance Plc, which dropped by 7.32 per cent to close at N0.38 per shared.

Nineteen companies saw their share prices rise on Tuesday, with Fidson Healthcare Plc leading the pack with a gain of 10 per cent to close at N5.06 per share.

They noted that the month-to-date return turned negative (-1.5 per cent), while year-to-date loss increased to 6.0 per cent.

“Sectoral performance was mixed, as the industrial goods (-1.1 per cent), insurance (-0.4 per cent) and banking (-0.1 per cent) indices declined, while the oil and gas (+0.1 per cent) index was the sole gainer. The consumer goods index was flat,” the analysts said.

The naira slumped further to 523/$ at the parallel market on Wednesday, a day after …