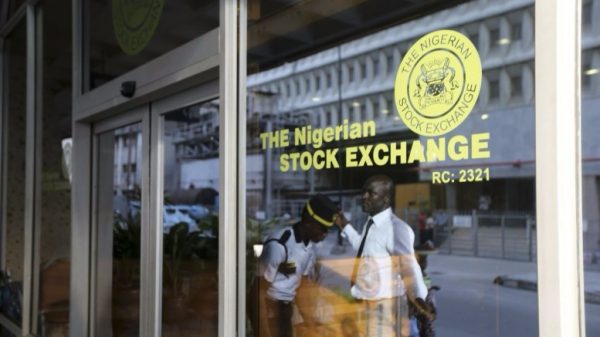 Investors in the nation’s stock market gained N1.18tn in May as the market capitalisation rose above N13tn.

The Nigerian Stock Exchange All-Share Index and market capitalisation appreciated closed at 25,267.82 basis points on Friday from 23,021.01 bps on April 30.

The market capitalisation of equities stood at N13.168tn on Friday, up from N11.99tn at which it closed in April.

All other indices finished higher on Friday with the exception of NSE Meri Value and NSE Oil/Gas Indices, which depreciated by 2.99 per cent and 0.34 per cent respectively while NSE ASeM closed flat.

The financial services industry (measured by volume) led the activity chart with 953.356 million shares valued at N8.24bn traded in 10,931 deals, thus contributing 75.94 per cent and 61.00 per cent to the total equity turnover volume and value respectively.

Previous CBN extends accounts submission deadline for MfBs, others
Next ECONOMY: CBN Reduces Rates on Facilities in the OFIs, Cuts MPR by 1% as Q1 2020 GDP Rises by 1.87%…