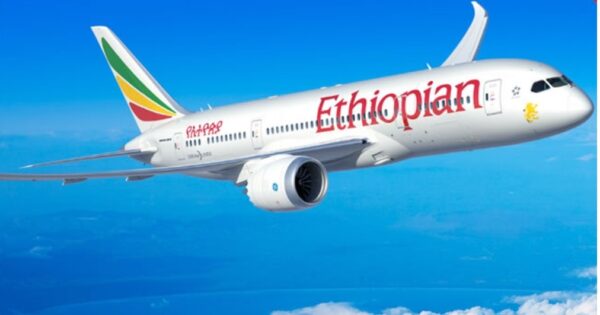 The Federal Government recently announced the choice of Ethiopian Air­lines as the core investor and technical partner in the Ni­geria Air project, a move which many persons described as a win for the East African carrier and a huge loss to Nigeria.

A team from the Federal Ministry of Aviation met with Ethiopian Airlines management in Addis Ababa last week over its selection as the core investor for the national airline and being the only airline that bided after the ministry advertised for bidders.

Though talks have been ongoing about the birth of the national carrier, the Federal Ministry of Aviation and Ethiopian Airlines are yet to sign any agreement for the kick-off of the partnership.

The Minister of Aviation, Hadi Sirika, had promised to engage the media when the time is set.

He had explained that the proposed national carrier, Nigeria Air, would be driven by the private sector.

Ethiopian Airlines is the largest aviation group in Africa registering a 20-25 per cent annual growth. It is one of the most profitable airlines in the world. In the 2021-2022 budget year, the national flag carrier made a net profit of $937m. The airline generated $5bn dollars revenue, a 79 per cent growth from the previous year.  The airline marked its 76th anniversary last April.

However, a lot of reactions have followed the announced partnership. While many industry stakeholders applauded the plan, others criticised it, saying that Nigeria should have partnered a carrier outside Africa. The critics talked about Nigerian pride and how Ethiopian Airlines might not provide the support Nigeria Air would need.

Some critics also said that instead of giving Ethiopian Airlines 49 per cent stake, there could have been better partnership arrangement that would benefit Nigeria more.

But an industry consultant, Marketing and Public Relations Strategist, Sindy Forster, observed that a national carrier without a change in Nigerian Civil Aviation Authority rules would not be able to gain optimal benefits from Bilateral Air Service Agreement for two years.

She said, “We already have flag carriers that need support with BASA, what support have they been given? What BASA support will existing airlines continue to receive? An airline alone cannot take full advantage of SAATM (Single Air Transport Market), a lot will be missing before SAATM can be fully utilised.

“What ‘competition’ when they are selectively supporting one private foreign airline over the privately owned domestic airlines. This is unfair competition, and market distortion, having three additional aircraft when we may lose more aircraft from unsupported airlines that will not lead to competitive fares.

“Wet lease does not generate Nigerian employment and there is a risk that the Nigerian MRO (Maintenance, Repair, Overhaul) may never see the light of day. Ethiopian will most likely want to use their MRO as they have with every other joint venture they have entered into. They use their engineers, etc. Will they use existing ground handling companies or provide their own?”

Forster added, “Why will the government be focused on creating an enabling environment for one airline rather than all? What support will existing airlines receive? How will they compete for BASA routes? Why provide fiscal incentives for a private airline you only own five per cent of? They should buy five per cent of all for it to be a level playing field.”

The Assistant General Secre­tary, Aviation Round Table, Olumide Ohunayo, also emphasised that though Ethiopian Airlines had been a successful carrier in Af­rica, its partner carriers on the continent such as Congo Air­ways, Tchadia Airlines, Zam­bia Airways and others, except Asky Airline, which just upped its fleet of aircraft to about 12, had all failed.

He said, “To me, this is not a good deal because we are back in the blocks again. We are leasing aircraft and crew on wet-lease, not even damp lease. With that we are probably tak­ing all the revenues away. They will have to look for the scarce forex now to pay those crews.

“It is a win for Ethiopia as against Nigeria. If you look at all the airlines that Ethiopian Airlines has partnered with on the coast of Africa, you will see that none is successful, apart from Asky Airlines. Today, Asky is operating a direct Lagos-Johannesburg route, will this new carrier be competing with Asky on this route?”

The industry expert who expressed his fears about how much stake Ethiopian Airlines had in Nigeria’s national carrier, said, “Of all the seven airlines in africa that ET has shares, only ASKY operates beyond the domestic route, the remaining (in Chad, Mozambique, Zambia, Congo, Guinea and Malawi) are glorified local carriers. ASKY has 12 aircraft in 12 years.

“The govt has given multiple false start date of this airline and we have two of such dates this year that has failed. Part 9 of the Air Operator Certification and Administration 9.2.3.2 states that a new start up airline; “i. must have a minimum of three aircraft, ii. must be Nigerian registered. Yet we are told they are going to wet lease and later damp lease aircraft to start. So why breech the Act from incubation, what happens later? The playing field is not level ab-initio.”

Speaking further, he said, “They  announced wet leased aircraft and investment from the sovereign wealth fund which increase government exposure above five per cent. It was changed to damp lease and adverts placed for Nigerians to apply while the SWF was withdrawn from the list of investors quickly.

“Virgin Nigeria was stopped from operating into the United States because of 49 per cent ownership by Virgin Atlantic. Hope this will not play out again for some countries?”

Speaking further, Ohunayo questioned why Eygpt Air, and two local airlines and other investors bid for the Ghanaian national carrier and only ET bid for Nigeria’s despite the huge market and potentials.

Unlike Nigeria, he wondered why the Ghanaian government threw all their bids out and picked the local airline, Ashanti Airline, as the core investor for their carrier?

The Chief Execu­tive Officer, Centurion Security Limited, Capt. John Ojikutu (rtd), said similar partnerships in the past by the defunct national carrier, Nigeria Airways, with KLM and South African Airways in the early 1990s did not benefit Nigeria.

He said this new move with ET would not be different from the others.

Ojikutu explained that Ethiopian Airlines had the unenviable record of ferrying drug traffickers along most of its routes and warned Nigeria to be careful of its choice of the airline.

He said, “Ethiopian Airlines has not got good records in Nigeria when it comes to drug traffick­ing. The records are there with the responsible authorities, es­pecially with the National Drug Law Enforcement Agency, except we want to cover up some interest groups or want to be diplomatic about it.