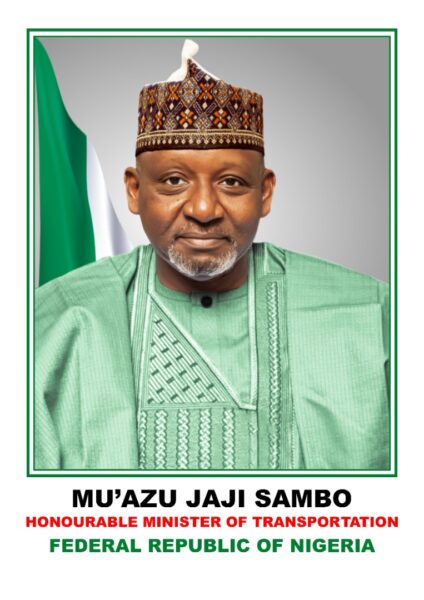 The Minister of Transportation Mu’azu Jaji Sambo has called on foreign investors to take advantage of the huge investment opportunities provided by the Nigerian transport infrastructure.

He said he is optimistic that the meeting will galvanize the much-needed traction and renewed collaboration to strengthen existing partnerships and foster new ones for the benefit of catalysing infrastructural development for Nigeria, Africa, and the World at large

.Sambo noted that infrastructure plays a critical role in any country’s economic development; Nigeria’s case is no different as it has been given premium priority by the current government and all relevant stakeholders in the last decade.

” I wish to re-emphasize that the government has placed a high premium on the role of infrastructure in reviving our economy, transforming it and placing it on a higher, more sustainable and inclusive growth trajectory. In this regard, we remain resolute in our ongoing efforts to use infrastructure to build an economy that leaves no one behind” he said.

Sambo highlighted what the ministry is doing when it comes to transport infrastructure in the maritime, inland waterways and rail subsectors, and noted that the objective of the effort is to build an inclusive fast-growing economy that embraces the necessities of transformation, deepening citizens’ ownership and optimising investors’ opportunities in the sector..

Nigeria has had an unbroken democratic dispensation in the last twenty-three (23) years; a fair legal system for the protection of human rights and investments; the implementation of an Executive Order to promote the ease of doing business in the country; an articulation of robust roadmaps and policies for private sector investments in the various transportation sub-sectors based on global best practices and a successful concessioning of its seaports to private operators under a Landlord model since 2006.

He said Nigeria’s transportation sector has four key modes – rail, road, maritime and aviation, each of which contributes to the functioning of the Nigerian Economy.

He also highlighted various efforts being made the government to prove the Inland Waterways,Rail ,Aviation and the Seaports on the country

Sambo noted that transportation sector’s contribution to the national GDP is projected to increase to 5% in the next 5 to 10 years, noting however that Nigeria, cannot currently meet its transport needs.Stressing that “Poor maintenance and insufficient investments have put an enormous strain on transport infrastructure and services. Yet, the demand for transport services has grown exponentially along with the increase in socio-economic activity”

“More so in Nigeria with a population of over two hundred million (200m) people spread across almost one million square km (1,000,000 km2) of land area. It is a coastal state with an extensive Exclusive Economic Zone (EEZ), and a natural hub for shipping and aviation transportation in Africa. Nigeria has the shortest distance from the coast to most of the landlocked neighbouring nations in the West and Central African region and enjoys a comparative advantage in air travel time to the United Kingdom, Brazil, Asia and the United States of America” he said.

Previous We Sacrificed 4Years For The Soul Of ANLCA, Yet Mustapha And Co. Wants It Dead- Mukaila
Next Agile  Augustina