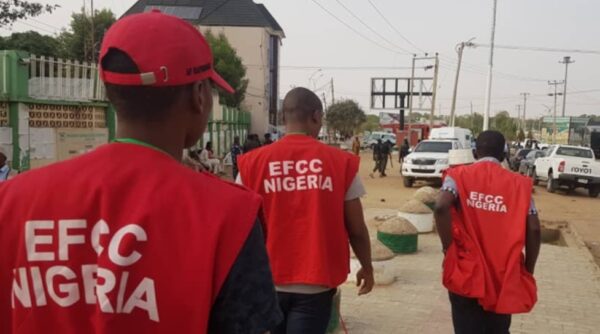 The Revenue Mobilisation Allocation and Fiscal Commission has said that it discovered $205.01m unremitted to the federation account by oil and gas companies through joint efforts with the Economic and Financial Crimes Commission.

It noted that it had been partnering with the EFCC in the area of monitoring and tracking all accruable revenue from revenue-generating agencies into the federation account.

In a statement issued on Tuesday by the RMAFC’s PRO, Nwachukwu Christian, the commission also said that it recovered over N192bn, which included N74bn between 2008 and 2015, as well as N118bn between 2016 and 2019, with the help of the EFCC.

This was disclosed when the RMAFC’s Chairman, Mohammed Shehu, paid a courtesy visit to the EFCC’s Chairman, Abdulrasheed Bawa, in Abuja recently, according to the statement.

The statement read in part, “Bello recalled that collaborations between the two agencies over the years led to the recovery of more than one hundred and ninety-two billion naira into the Federation account. This is made up of N74bn covering 2008 – 2015 and N118bn covering 2016 – 2019 monitoring and recovery exercises on revenue-generating agencies, including banks and companies.

“Shehu informed that this is in addition to the discoveries of over two hundred and five million dollars ($205,013,760) from some companies in the oil and gas sector who refused to remit same to government coffers but rather sued RMAFC and EFCC with the claim that both agencies have no right by law to request for such huge sum belonging to Federal government to be remitted into the Federation account.”

RMAFC further reiterated its commitment to strengthening its collaboration with the EFCC. In his response, the EFCC chairman expressed the readiness of the EFCC to strengthen its ties with the RMAFC in increasing revenues for the nation while blocking leakages.

Bawa stressed the need to prosecute defaulting revenue-generating agencies while calling for the re-examination of the delay in revenue remittance for timely remittances from agencies.